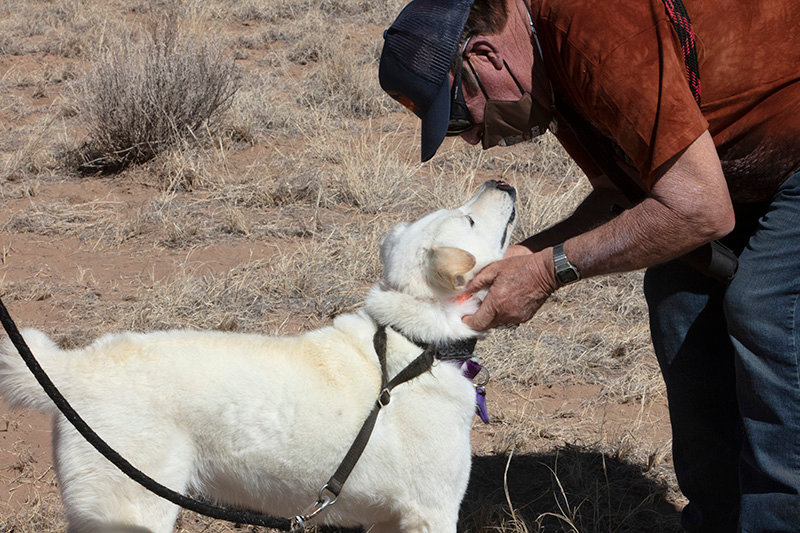 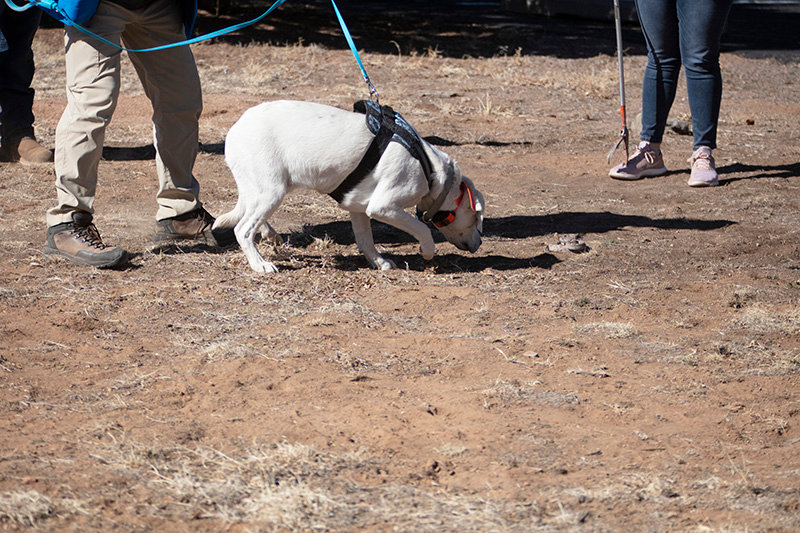 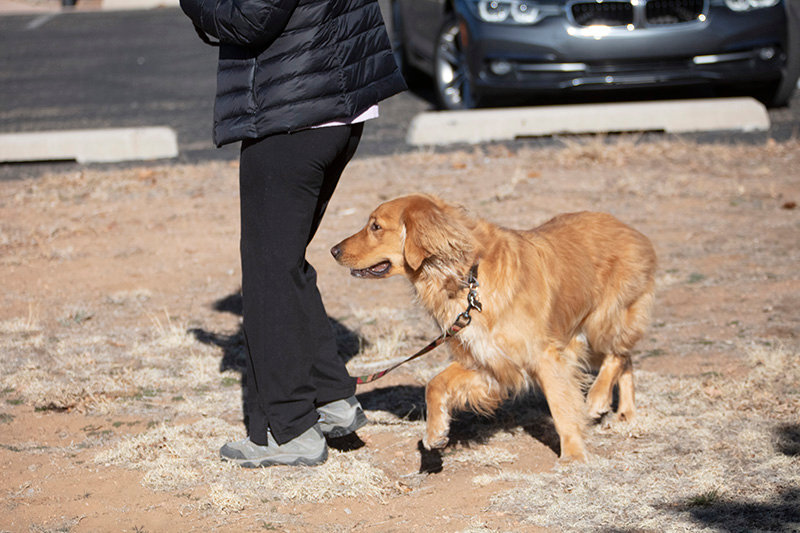 Chandler said he has been training dogs professionally across the country for more than 40 years and has conducted rattlesnake aversion clinics for more than 30 years.

Through trial and error, Chandler said he discovered the only way to train a dog to avoid rattlers is to use a live rattlesnake out in the open.

“I had to learn how to render the rattlesnake to where it was harmless to man or beast,” Chandler said.

That means milking and defanging the snake, “which is a very intricate procedure,” he said, because it involves removing not only the fangs in use, but also up to four sets of “backup” fangs.

“In our clinic, we put the snake out in the desert. We have the owner put the dog on a leash and walk right up the snake,” Chandler said. About 90 percent of the time, he said, the dog is curious and “will walk right up and put its nose on the snake.”

For the training, the dog is wearing a shock collar, Chandler said. When the dog comes in contact with the snake, Chandler activates the collar, delivering a shock to the dog.

“The dog is convinced that the snake hurt it,” he said. And, after that single shock, the dog will avoid in future contact with rattlesnakes.

“What we do at the clinic is we remove the curiosity and replace it with abject terror,” Chandler said. “After my clinic, they are no longer curious about rattlesnakes; they don’t want to get near them.”

Because dogs have more sensitive vision, hearing and especially smell than humans, they can detect the presence of a snake before a person does, he said. And, after the aversion training, their behavior will alert humans that a snake is nearby.

In one example, Chandler said, a Las Cruces man who had taken the aversion training with his German shepherd was cutting weeds in his yard when the dog, also in the yard, started barking and ran back to the house. The man discovered a four-foot diamondback rattler nearby “’that would have nailed me in a few more seconds,’” Chandler quoted him as saying.

A Rio Rancho man whose dog had received the training has been saved from three snake bites by his dog, Chandler said. In one case, the man was reaching for a bale of hay in his barn when the dog started barking. The man moved the bale with a rake and discovered a five-foot diamondback rattler.

“I have hundreds of stories like that,” Chandler said.

Chandler said the training takes only a few minutes per dog. The shock collar provides “a mild stimulation” that is painful to the dog, but doesn’t cause permanent damage, he said.

And no matter what species of rattlesnake is used in the training, it will make dogs afraid of all rattlers, he said. Some dogs will become frightened of all snakes as a result of the training, Chandler said, along with garden hoses and “anything that resembles a snake.”

Chandler said only a handful of dogs have been bitten by rattlers after the aversion training, and in each case it was because the dog was running or for some other reason didn’t know the snake was there.

“As long as they know it’s there, they’re not going to get near it,” he said.

Chandler said the training is beneficial for dogs of any breed and any age.

“It lasts forever,” he said. Dogs that have received the training have come back for retests 10 years later and “the dog still would not get near that rattlesnake,” Chandler said.

After the training, Chandler said the rattlesnake that has been used is turned loose. He said its fangs will grow back “in a week or so.”