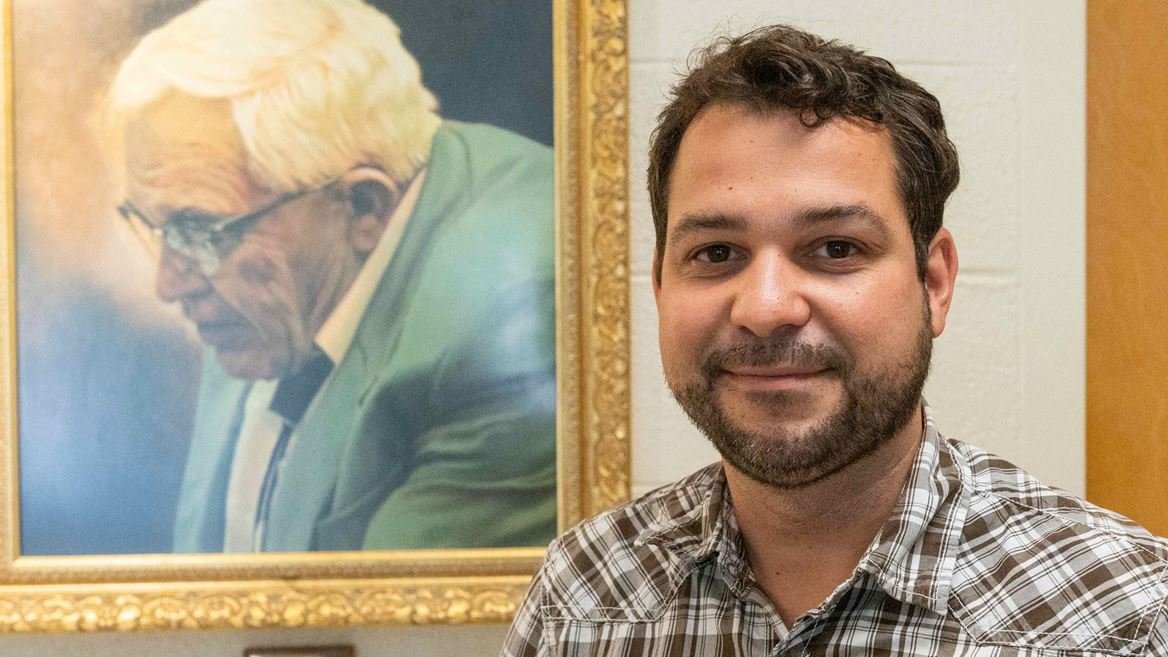 In 2019, the New Horizons spacecraft flew by a snowman-shaped object within the Kuiper belt, a giant ring on the outskirts of our solar system composed of rocky and icy bodies orbiting the sun. Later named Arrokoth, the two-lobed body is an example of what astronomers call planetesimal, considered to be the building blocks of planets. Arrokoth provided astronomers some insight, and a lot more questions, into how planets form.

“The Kuiper belt is a goldmine of information of planetesimal formation,” Lyra said.

The belt of circumstellar material is home to Pluto, the dwarf planet discovered by late NMSU astronomer Clyde Tombaugh.

The research will be building off preliminary work done by graduate student and research assistant Manuel Cañas, who will continue the work with Lyra. Cañas came to NMSU from South Carolina but is originally from Colombia. He was drawn to NMSU because of the astronomy department's research reputation.

“It's a very good school for research in astronomy," Cañas said. "Aside from research and school, I like computer programming, which is another reason why I like this project — it's very computationally intensive.”

Using computer simulations, Lyra builds models that predict planet formation mechanisms that are then compared with the observational data collected by other researchers. These models allow him to create and verify theories of how planets form.

“For a long time, the idea was that you form planets by first forming bodies of asteroidal mass, which we call planetesimals, that then collide with each other,” said Lyra.

The result is that these cosmic dust bunnies grow to the size of pebbles. Subsequently, interacting with the gas that they are swiftly travelling through, these pebbles naturally develop an aerodynamical process to reduce the drag (such as the V-formation that birds adopt) felt during orbit. This process, opaquely called “streaming instability,” strongly concentrates the pebbles to form planetesimals.

As these planetesimals continue to grow larger in size, an interesting trend in their densities begins to emerge. “The smaller objects, such as Arrokoth, have very low densities, like the densities of ice, and the larger mass objects like Pluto have a much higher density,” Lyra said.

“Our research has implications for the formation of Pluto. It is fitting that we are doing it here at NMSU, the academic home of Clyde Tombaugh," Lyra said. "The New Horizons spacecraft that flew past Pluto is carrying a portion of Clyde’s ashes, isn’t that mind-blowing?

"I did not get the chance to meet Clyde. If I had, I like to think that I would be telling him that I’m working toward explaining how Pluto got there for him to discover it 4.5 billion years later. And that I feel privileged and honored to carry on his legacy.”

Tombaugh (1906-97) discovered Pluto at the Lowell Observatory in Flagstaff, Arizona Feb. 18, 1930, two weeks after Tombaugh’s 24th birthday. Tombaugh worked at White Sands Missile Range in the early 1950s and taught astronomy at New Mexico State University 1955-73, when he retired. He was inducted into the International Space Hall of Fame in 1980. Pluto was reclassified from a planet to a dwarf planet in 2006.