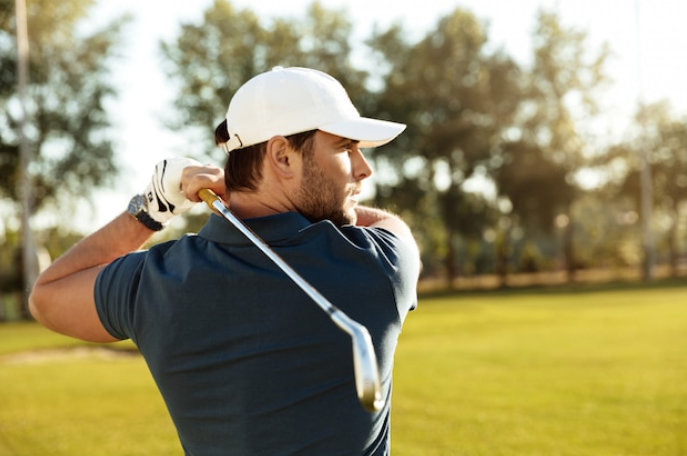 It’s a shame I only have a short space to summarize the life and times of Tom Weiskopf who died Aug. 20, 2022, at his home in Big Sky, Montana, after a battle with pancreatic cancer. Weiskopf played his college golf at Ohio State just a few years after Jack Nicklaus. He turned pro in 1964.

One writer described his swing as “pure poetry and his game equal parts of power and control.” Golf pundits expected Weiskopf to challenge his rival Buckeye, Jack Nicklaus, but he ended up only beating Nicklaus twice in his 16 PGA Tour wins (including the 1973 Open Championship) and once in the 1995 USGA Senior Open.

Many analysists believed Weiskopf didn’t get anywhere near what he should have out of his talent. He was not a club thrower, nor prone to outbursts of profanity. But he raged inside when things went wrong and let those emotions erupt.

Media folks dubbed him the “Towering Inferno.” His most notorious meltdown happened on the par-3 12th hole at Augusta National during the 1980 Masters when he recorded an unimaginable 13. Looking back on his competitive career Weiskopf came to believe his own expectations of his golf game may have been too high.

“Perfectionists are determined to master things, and you can never master golf,” Weiskopf said in a 2001 interview with Golf Digest. Weiskopf also had issues with alcohol, admitting finally “it was a serious problem. It ruined my career,” he said 18 months after gaining sobriety in 2000. “Every big mistake I’ve made can be traced back to drinking.”

The answer to “Who is the winningest golfer in history?” may stump a few contestants on “Jeopardy,” but golf aficionados know it is not Sam Snead or Tiger Woods, both with 82, but New Mexico’s own Kathy Whitworth with 88 victories, who passed away Dec. 24, 2022. She was 83.

Whitworth was born Sept. 27, 1939, in the small West Texas town of Monahans, but shortly thereafter her family moved to Jal, New Mexico, where she learned to play golf when she was 14 on a 9-hole course built for the El Paso Natural Gas employees.

“I was really fortunate  that I knew what I wanted to do,” Whitworth once told Golf Digest. “Golf just grabbed me by the throat.”

After turning 18, she won the New Mexico Amateur Championship in 1957 and 1958. She then began working with famed coach Harvey Penick and turned pro, joining the LPGA in December 1958. She won her first LPGA tournament when she was 22 - The Kelly Girls Open. Her 26th win was in October 1966 in the Las Cruces Ladies Open at Las Cruces Country Club.  The United Virginia Bank Classic in May 1985 was her last win. “Winning never got old,” she had said.

By today’s standards there wasn’t much money in LPGA tournament purses but Whitworth still was the first woman to win $1 million on tour.

Her 88 wins included six majors, but, sadly, she was missing a U.S. Women’s Open championship. “I would have swapped being the first to make a million for winning the Open,” she said, “but it was a consolation which took some of the sting out of not winning.” Whitworth was the LPGA player of the year seven times in an eight-year span (1966 through 1973). She was the Associated Press Female Athlete of the Year in 1965 and in 1967, and she was inducted into the World Golf Hall of Fame in 1982. Annika Sorenstam expressed on Twitter “thanks (Kathy) for setting the bar so high,” and referred to Whitworth as a “total class act.”

She will always be remembered that way.