Republican Jeremy Gay: Crime is the issue in the AG’s race 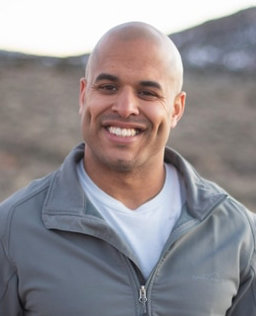 The “single, laser-focused issue” in the race to be New Mexico’s next attorney general (AG) is crime, Republican Jeremy Gay said during a July 29 campaign stop in Las Cruces.

If he is elected, Gay said his first priority as AG will be to conduct an analysis of district attorneys’ offices and law enforcement agencies across the state and come up with a “comprehensive plan to disrupt cartels and organized crime across New Mexico.”

Gay, a Gallup attorney and former U.S. Marine, said New Mexico, and especially Albuquerque, have become a haven for organized crime. Criminals say New Mexico is “’the best place to do what we do,’” including selling drugs and engaging in human trafficking, because the state has less enforcement, Gay said.

The AG’s office “has the power to investigate” crimes, he said, and that’s one of the ways it can better serve Las Cruces and other communities that are plagued by crimes being committed by homeless people.

An unintended consequence of some homeless camps created through state-sponsored charitable actions has been to “sanction lawlessness,” Gay said. That has allowed for public drug use, public defecation and other issues that have been “put on the shoulders and doorsteps of businesses,” he said.

“It’s not the people of New Mexico” who are at fault, Gay said. “It’s our government tying our hands behind our backs.”

The state’s leader should “make New Mexico a destination for arts, culture and business instead of for crime,” he said. Instead, he said, businesses are choosing to leave the state and others are refusing to come here “only because of the crime.”

COVID-19 “was a turning point,” Gay said. The restrictions imposed by state government, he said, revealed that “Santa Fe is very removed from the rest of the state,” especially rural areas.

The policies of state government “aren’t influenced by the needs of the people,” Gay said, but rather by political agendas and national trends.

Gay said his Democratic opponent in November, Bernalillo County District Attorney Raul Torrez of Albuquerque, has said his number one priority if elected AG will be to codify Roe v. Wade into state law.

“We need an attorney general focused on the needs of the people of New Mexico,’ he said.

That means making New Mexico a safe place to live, to raise a family and to run a business.

New Mexico is suffering from a “crime epidemic,” he said. The next AG must “take a hard look at crime and find real solutions.”

Gay said he has the training and experience to serve effectively as AG.

He said the law practice he manages in Gallup serves both indigent and wealthy clients, and he recognizes that as the state’s chief law enforcement officer, the AG is not influenced by political parties, race or religion.

Gay said he has met with AGs from around the country and with former New Mexico AGs, including Hal Stratton, as part of his campaign. Stratton, a former Albuquerque state representative, served as AG 1987-90 and was the last Republican to hold the office.

The winner of the race between Gay and Torres will become New Mexico’s 32nd attorney general next January, succeeding Democrat Hector Balderas, who is completing his second four-year term as AG and is term limited.