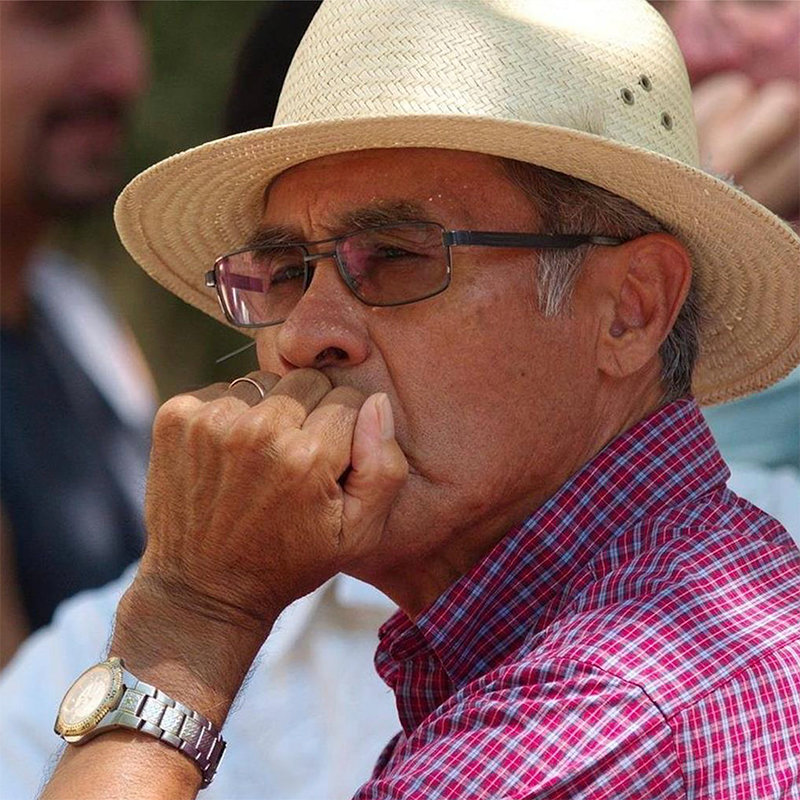 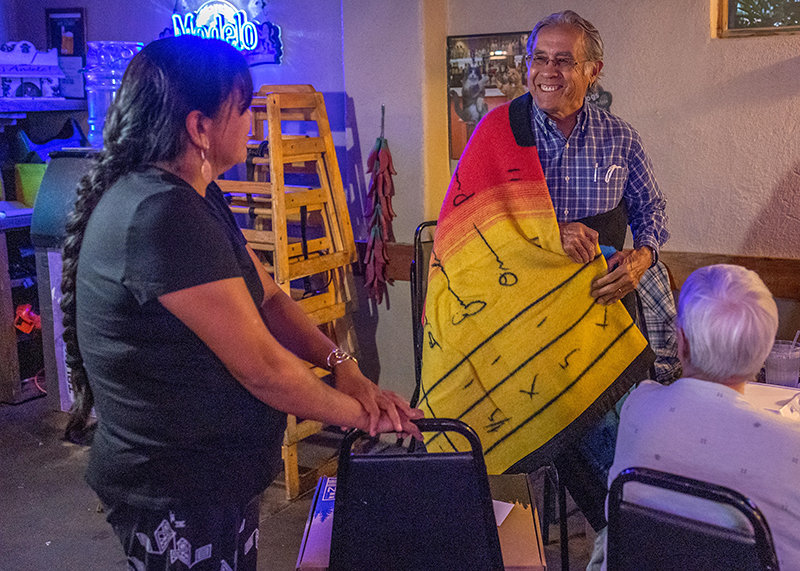 At his retirement party, Anthropology Professor Don Pepion received a special gift from the Department of Anthropology faculty – a blanket from Eighth Generation, a Seattle-based brand owned by the Snowqualmie Tribe.
Courtesy photo 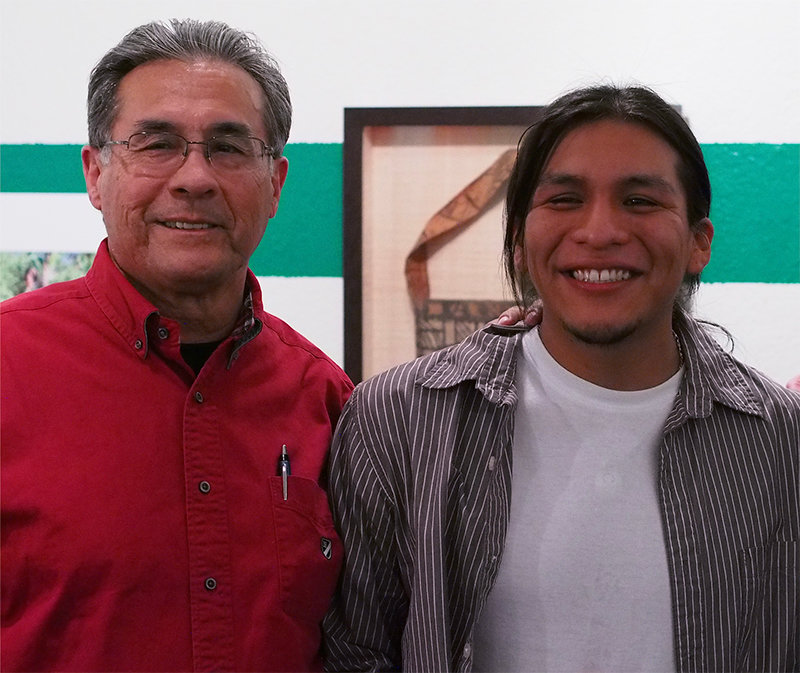 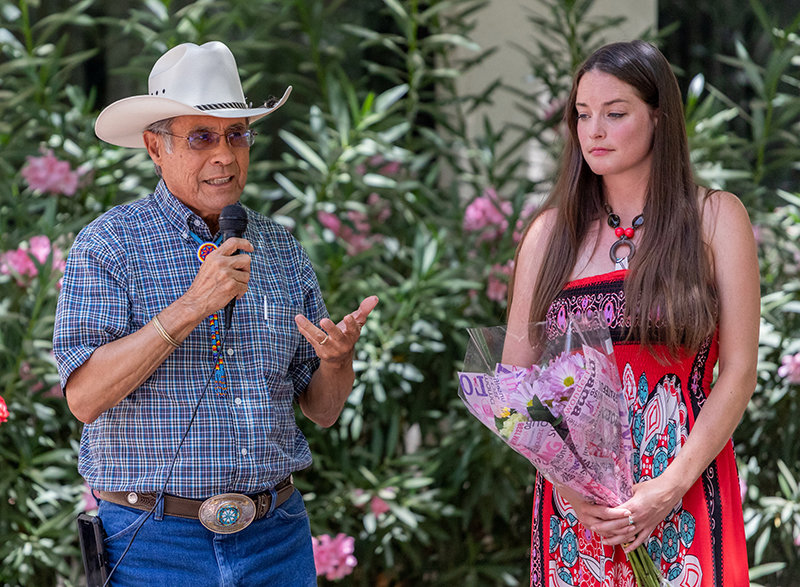 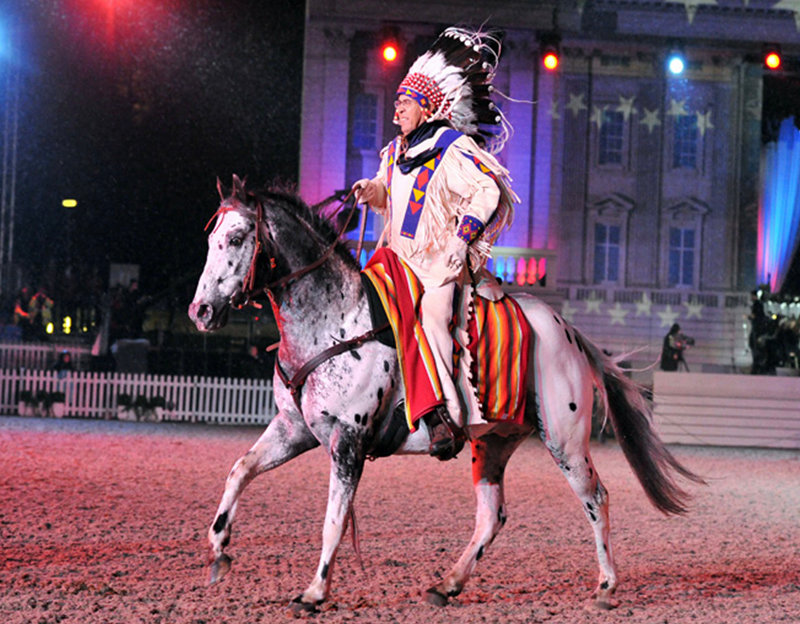 Anthropology Professor Don Pepion on horseback represented the Blackfeet Nation at the Diamond Jubilee of Queen Elizabeth II. Pepion joined hundreds of Indigenous groups from around the world to perform and participate in the event celebrating the 60th anniversary of the queen’s reign in 2012.
Courtesy photo
Previous Next
Posted Tuesday, June 28, 2022 11:05 am
NMSU News Release by Minerva Baumann