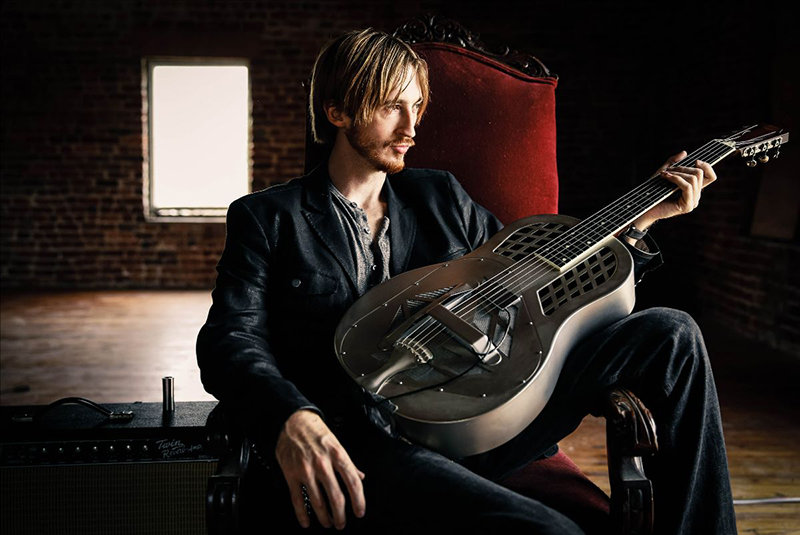 Cook was named one of the top three solo blues artists worldwide by UK’s “Blues Matters!” Magazine. Cook was christened “the best blues singer of his generation” by “All Music” Guide and was feature in “Vintage Guitar” Magazine.

Eli Cook took up the guitar as a teenager in the Blue Ridge foothills of Virginia. Following the tradition of the great blues men, he performed in churches and late-night gospel revivals with only his acoustic and deep baritone voice.

Cook recorded and released six albums between 2004 and 2014: the all-acoustic, original-roots album “Miss Blues’ Child” on the Sledgehammer Blues label, and a heavy blues-rock release “ElectricHolyFireWater.” During this time, he was invited to open for B.B. King on King’s east coast tour.

The album, “Primitive Son,” was released in Spring 2014. “Eli Cook’s blues is authentic, thrilling, stunning … It takes the listener to places in music never before experienced,” said “Rocktime,” on the seventh album of his career.

Tickets cost $20 and are available online at RioGrandeTheatre.org or at the door the day of the show. Doors open at 6 p.m., and the concert starts at 7 p.m.