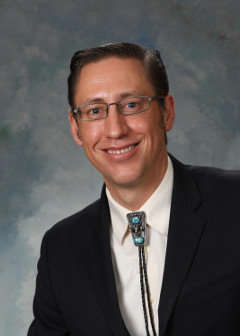 The $7.4 billion budget built by the New Mexico House of Representatives Appropriations and Finance Committee (HAFC) “has us poised to build our way out, to grow our way out, to seek and learn our way out of the worst pandemic and public health crisis any of us have ever seen,” said committee Vice Chair Rep. Nathan Small, a Las Cruces Democrat.

The proposed budget has “targeted increases that focus on healthcare, education, job creation and infrastructure,” Small said. “We are putting dollars in the right places while still being fiscally responsible and insuring we have sufficient reserves to weather what are truly, truly unprecedented and very volatile times.”

House Bill 2, the General Appropriation Act of 2021, was passed unanimously by the 19-member committee and by a 60-10 vote of the full House. All 45 House Democrats voted for the bill, along with 15 of the chamber’s 25 Republicans and its only independent. HB 2 has been in the Senate Finance Committee since the House passed it Feb. 24.

Bipartisan support for HB 2 reflected the “pride in the work and the details” that committee chair Rep. Patricia Lundstrom, D-McKinley, San Juan, and members put into crafting the bill, Small said, adding that HB 2 includes a $332 million (4.6 percent) increase over the budget passed by the House during last June’s special session.

“There were many who called for far deeper cuts,” Small said. “We had to work hard to avoid those worst-case outcomes. We would have been in a far worse situation without the ability to make these careful yet strong moves toward progress if we had overreacted in June 2020,” he said.

The state budget has been “buoyed by federal help, key policy changes, very large construction projects, including wind-energy projects that brought much-needed revenue,” Small said, along with a significant increase in oil prices.

The budget passed by the House includes $1.76 billion (almost 24 percent) in reserves, which is more than double the reserves in the current budget. It allocates $3.39 billion (a 5.5 percent increase) for public education, including $20 million for community schools and increased funding for lottery scholarships, broadband connectivity, along with $23 million for higher education.

The bill includes a 1.5 percent cost-of-living adjustment for all school, higher education and agency employees, which has a total cost of $64.5 million. It provides increases of $64 million for Medicaid, $10 million for the New Mexico Department of Public Health and $22 million for the Early Childhood Education and Care Department.

The budget also includes $3 million for a Lower Rio Grande voluntary program “that will address the particularly tight water supply and the ongoing deep drought that we’re under,” Small said. It also will fully fund the New Mexico Attorney General and the state engineer in the Texas vs. New Mexico water-rights lawsuit “that is going into a critical period” at the U.S. Supreme Court.

The bill also includes a one-time appropriation to the state unemployment trust fund, Small said, so businesses don’t have to pay additional taxes to refill the fund, depleted by billions in unemployment compensation paid since the onset of COVID-19. HB 2 also provides $600 to “workers who have been on the front lines during this entire pandemic,” he said, and provides support to the restaurant and hospitality industries “that have been hardest hit.”