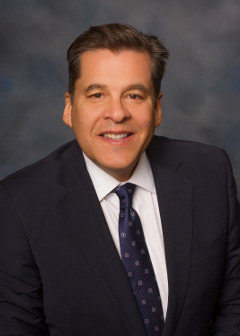 During its upcoming special session on redistricting, state Sen. Joseph Cervantes of Las Cruces said he hopes the New Mexico Legislature will redraw the state’s U.S. 2nd Congressional District, which includes Las Cruces and all of southern New Mexico, in a way that creates “a competitive and fair district that both parties can win.”

Cervantes, a Democrat, is chair of the Senate Judiciary Committee and expects to carry the bill that redraws the state’s three U.S. congressional districts, based on results of the 2020 census.

Gov. Michelle Lujan Grisham is expected to call the special session this month, with legislators meeting in Santa Fe to redraw congressional districts as well as districts for all 112 members of the state Legislature and for the state’s 10-member New Mexico Public Education Commission.

State Public Regulation Commission (PRC) seats will not be redrawn because voters approved a state constitutional amendment in 2020 that changes the PRC from five members elected by voters to three members appointed by the governor with the consent of the state Senate. That change is effective Jan. 1, 2023.

A Las Cruces attorney, Cervantes served 12 years in the New Mexico House of Representatives before being elected to the state Senate in 2012. He has more combined House and Senate service than any other member of the Doña Ana County legislative delegation and will be participating in his third redistricting special session.

Throughout his 20 years in the Legislature, Cervantes said he has opposed the idea that New Mexico’s 2nd Congressional District “should be a Republican seat,” he said.

Heavily Democratic Doña Ana County has a population nearly three times as large as the next largest county in the district, but Republicans have held the 2nd District congressional (NM02) seat for nearly three-quarters of its 53-year history. Since it was created in 1969, NM02 has been held for by Republicans for 39 years (it will be 40 when current U.S. Rep. Yvette Herrell completes the second year of her first term in 2022) and by Democrats for 14 years. And Democrats have only held the seat for four of the last 31 years.

There have only been two U.S. representatives from Las Cruces in the district’s history, totaling four years of service. Republican Ed Foreman of Las Cruces won the seat in 1968 and lost it two years later to Harold Runnels of Lovington. Las Cruces attorney Xochitl Torres Small won the seat in 2018, but lost it in a 2020 rematch with Herrell, a former Otero County state representative who lives in Alamogordo.

A congressional district that is drawn to keep one party in power “is not healthy for democracy,” Cervantes said, and it makes the winner “accountable to the party, not the public.”

Cervantes said he was concerned that the New Mexico Redistricting Committee had no members from southern New Mexico. The seven-member committee was appointed by leaders of both parties in both houses of the legislature and by the state Ethics Commission last summer. Its. Nov. 2 final report, including proposed redistricting maps, can be viewed at www.nmredistricting.org. The Legislature is not required to follow any of the committee’s redistricting proposals.