Taylor grateful for birthday wishes on 102 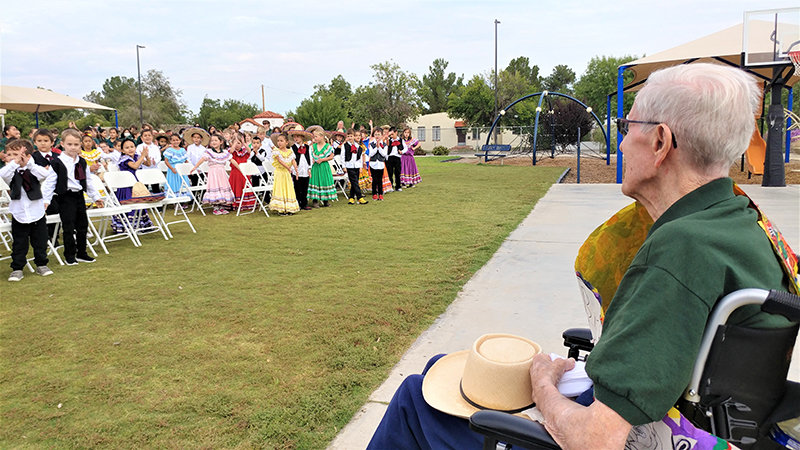 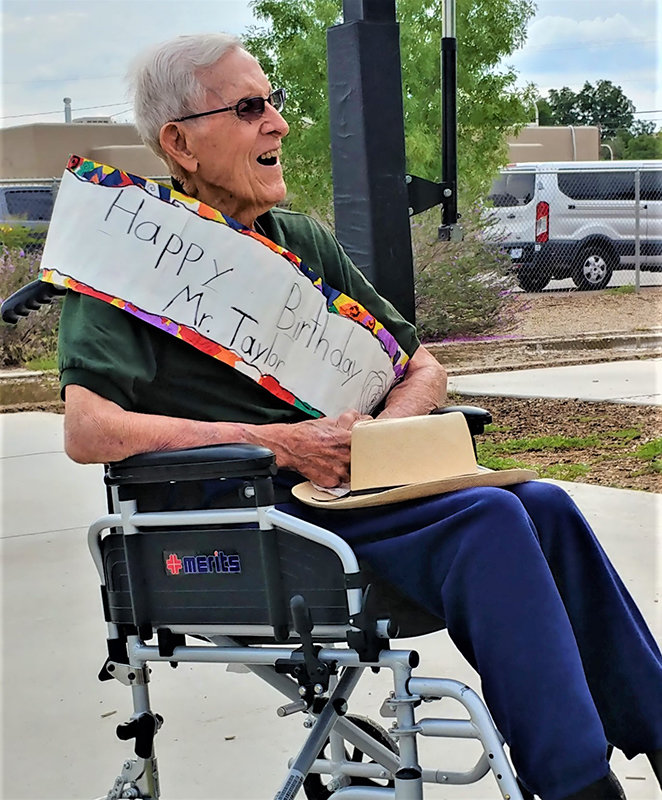 “You are a very special group of children,” Taylor told the students, who sang and danced for him and presented him hand-made gifts, including flowers with messages from students and a portrait of Taylor.

Taylor also was honored with visits by members of Taylor Friends during Aug. 27-28 visits to his home in Mesilla. The home is part of New Mexico Historic Sites.

Taylor was born Aug. 24, 1920 in Chamberino, New Mexico, grew up on a farm and attended a small county school there, graduating from the eighth grade with four other students. Taylor spent 18 years in the New Mexico House of Representatives, retiring in 2005. He and his wife, Mary, who died in 2005, raised seven children. His 5,000-square-foot home, built in 1858, contains art and artifacts dating to the 18th century.

Taylor, a Democrat, has strong ties to both major political parties in New Mexico. His mother's grandfather was Miguel Romero y Baca (1798-1880), who met Abraham Lincoln and helped start the Republican Party in New Mexico. Romero y Baca’s son, Trinidad Romero (1835-1918), was elected as a delegate to Congress representing the Territory of New Mexico 1877-79 and later was appointed a U.S. marshal by Republican President Benjamin Harrison.

Taylor’s mother’s family came to New Mexico with the Oñate expedition in 1598.