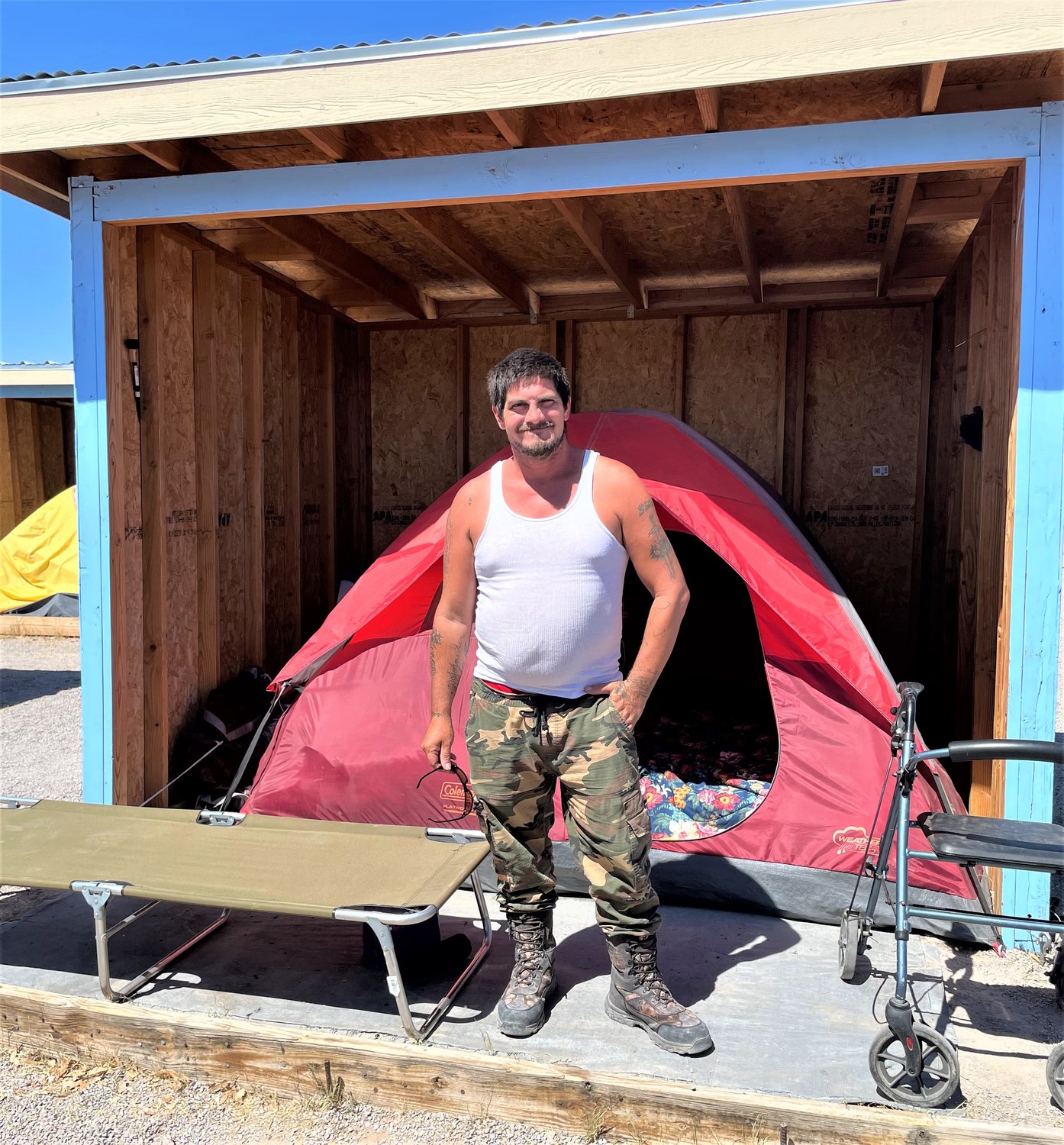 Nick is a military veteran with PTSD and he admits he is wary of others and has trouble sleeping without nightmares. His wife, Nicole, has had her own serious problems, as two years ago she had a stroke that affected her left side even though she is only in her 20s, and now she needs a wheelchair and a lot of support from Nick with daily life.

They had camped outside of the Community of Hope campus for some time, but after Camp Outreach Coordinator Jennette spoke with them many times, they came to trust her and moved into the camp about four months ago.

Nicole is now getting some needed medical care, as she is pregnant, and they have found the camp to be a calm and safe place where everyone shows respect for each other.

Despite the challenges they’ve faced, Nick says his daily practice of Buddhist prayer and meditation helps calm his anxiety, and the staff at Community of Hope are working with them to secure medical and disability benefits and food stamps, so they are less vulnerable. Someday, they hope to settle on land in Deming and build a home for their family and have a fresh start.

Mesilla Valley Community of Hope expects to raise $100,000 or more during its 2022 Tents to Rents campaign which began Aug. 15 and continues through Sept. 23. Campaign participants raise funds for Tents to Rents by soliciting donations from family, friends, co-workers, churches and other events and activities. Sponsors and donors are also welcome.

To sign up as a participant or sponsor or donate, contact Executive Director Nicole Martinez at 575-523-2219, extension 114, and hope@zianet.com. Visit www.mvcommunityofhope.org.