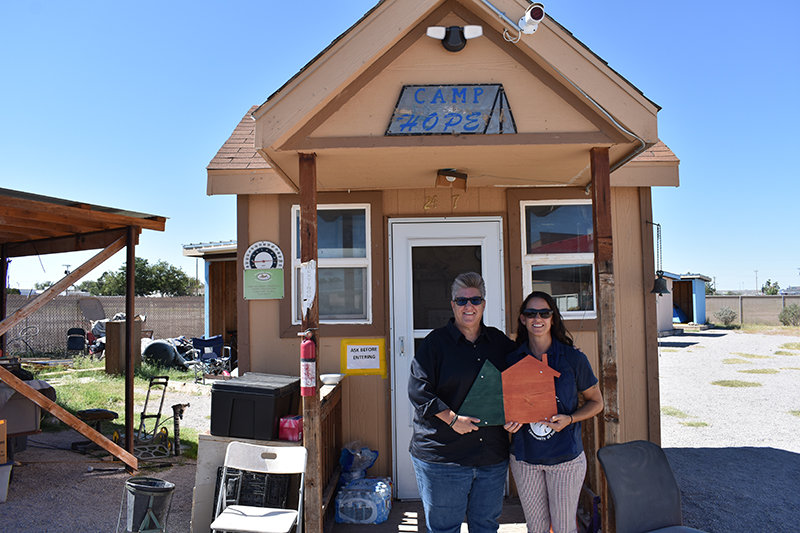 Mesilla Valley Community of Hope (MVCH) had raised more than $97,000 a few days after the Sept. 23 end date conclusion of its 2022 Tents to Rents campaign to help people struggling with homelessness move into their own apartments, and donations were continuing to be accepted.

The campaign began Aug. 15 with nine sponsors and 14 fundraising partners in addition to MVCH and a goal of $100,000.

“Supporting the Tents to Rents fundraising campaign is so crucial, especially now when so many folks are experiencing homelessness as a result of the pandemic,” said Hamblen, who is president and CEO of the Las Cruces Green Chamber of Commerce. “Camp Hope serves as transitional housing but cannot be funded by federal grants. As a participant in this years' Tents to Rents, we have seen the incredible generosity of people in our community once again coming forward to make this a success and to help those in need get housing, something every resident deserves," Hamblen said.

“What an amazing community! Providing a safe outdoor space like Camp Hope is an honor. Thank you for supporting us and those we serve,” said MVCH Executive Director Nicole Martinez.