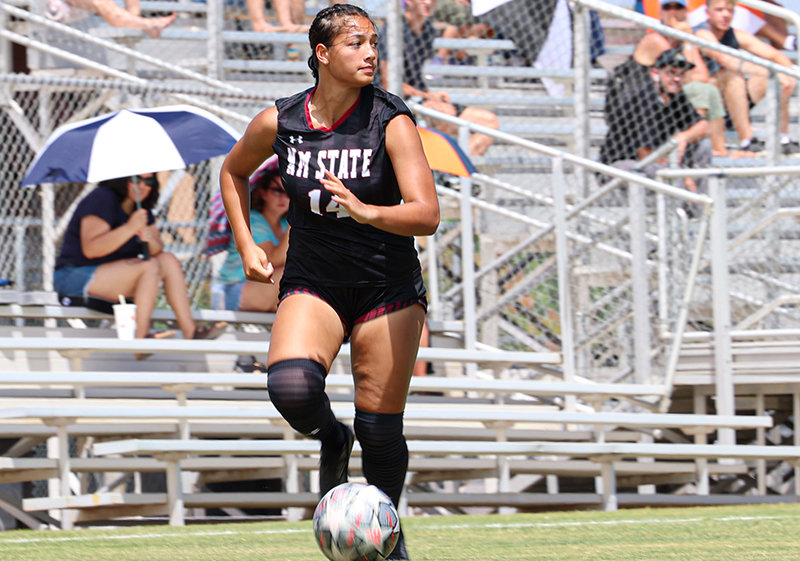 An early scoring opportunity for the home team proved to be the difference Sunday at Johann Memorial Field as the NM State women’s soccer team (4-3) dropped a 1-0 decision to UNLV (6-2) in non-conference action.

6’ | A penalty kick provided the game’s lone goal. UNLV’s Taylie Liddell was fouled by the Aggies and was on the receiving end of a penalty kick try. Liddell’s shot sailed past NM State net minder Makenna Gottschalk, giving the Rebels the goal they needed to win the day.