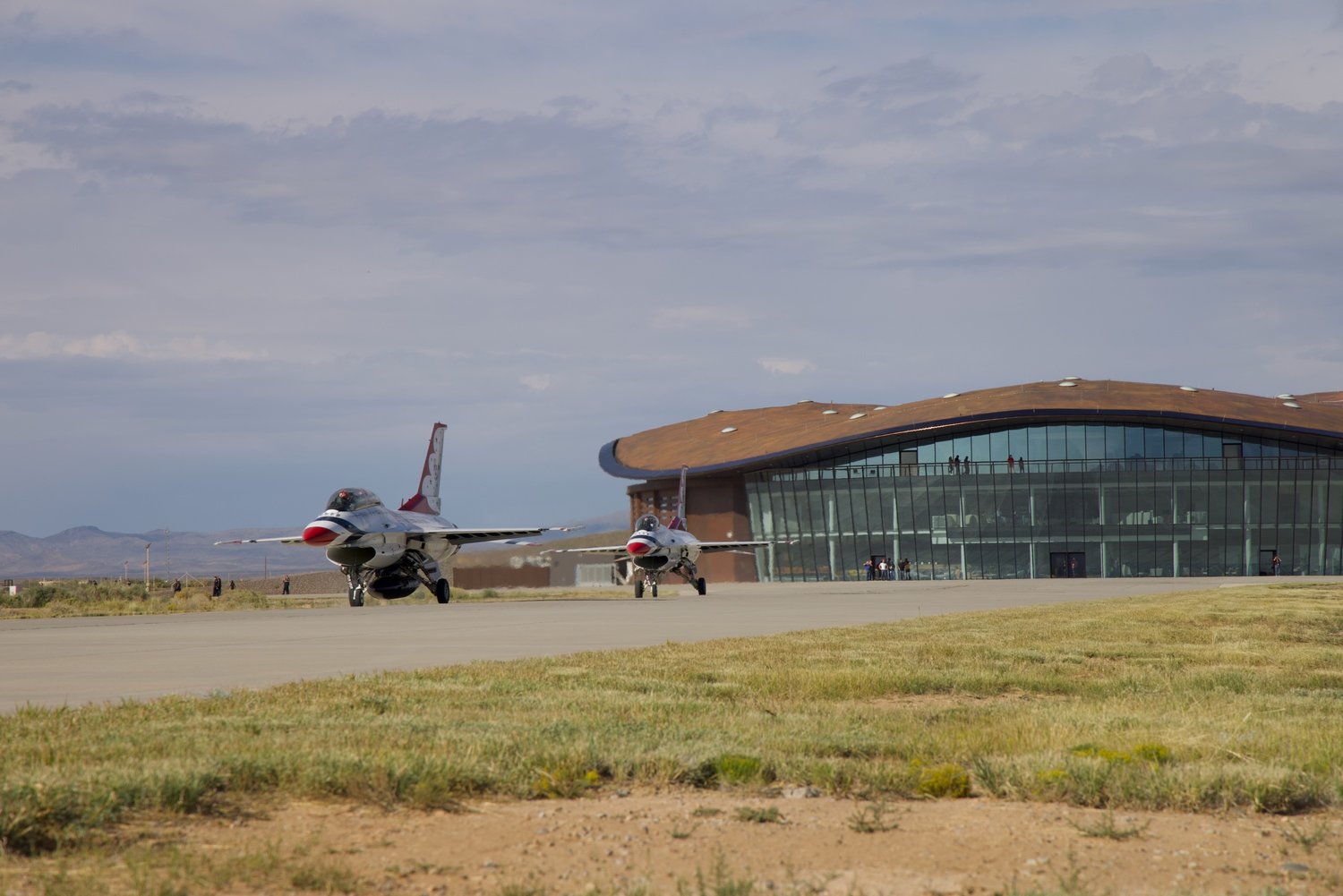 The Thunderbirds’ training season, ranging from November through March, is a time to integrate and synchronize as a team and practice the demonstration. This year, the month-long winter training trip will take place in two locations: Spaceport America, New Mexico, and Fort Huachuca, Arizona.

In previous years, the Thunderbirds hosted training at their home base, Nellis Air Force Base, Nevada. The move was made to increase aerospace opportunity and flexibility for the team’s training needs, while also allowing them to practice in conditions of increasing difficulty.

The team’s first training site is Spaceport America. The location boasts 6,000 square miles of restricted airspace, low population density, a 12,000-foot runway and 340 days of sunshine and low humidity. These favorable conditions, along with entirely dedicated airspace, allow the team to hone the demonstration before moving on to more challenging flying conditions and time constraints like they might see during the show season.

Note that the event is not open to the public. The exercise is for training purposes, and while Spaceport America will have some capacity for public viewing in the future, there are few places to park outside of the secure and closed campus.

After two weeks the team will move on to Ft. Huachuca, Arizona. This location, with many mountains close by, will challenge the demonstration team in flight with different conditions, visuals and a more rigid flying schedule like those they’ll see during the show season.

For more information on the Thunderbirds, visit airforce.com/thunderbirds or follow us on social media @afthunderbirds.