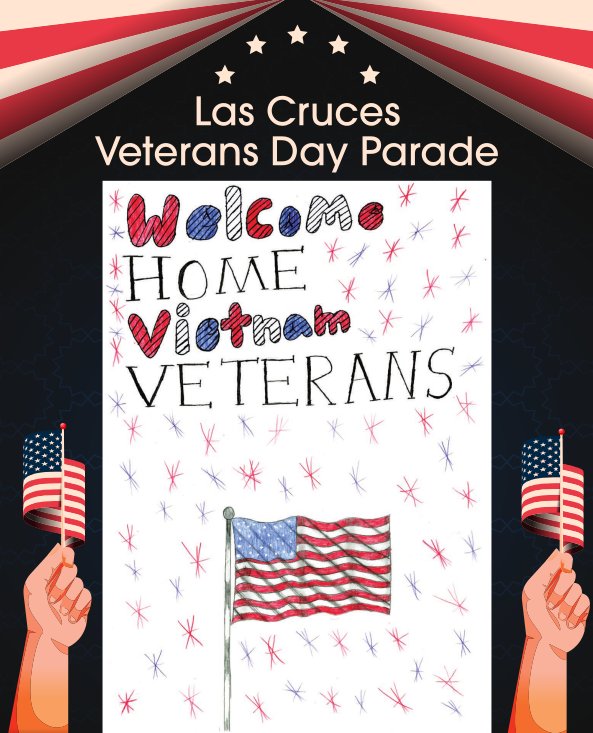 The City of Las Cruces Veterans Day Parade opening ceremony will be at 10:30 a.m. Saturday, Nov. 12, at the reviewing stand at the corner of Las Cruces Avenue and Main Street. At the sound of the cannon at 11 a.m., directed by Mayor Ken Miyagishima, the parade will begin.

Parade participants will stage at the corner of Lohman Avenue and Main Street and travel north on Main Street to the turn-about, then to Water Street and back to the staging area.

The Las Cruces Veterans Day Parade has been put on by volunteers since 1995 in support of local Veterans, according to www.lascrucesvetday.org. Lt. Col. (ret.) Fred Frank started the parade. Bill Hawkins is the Veterans Day Parade Committee’s long-time chair.

Visit the website for a parade route map and other information.