Teams from New Mexico are welcome to sign up 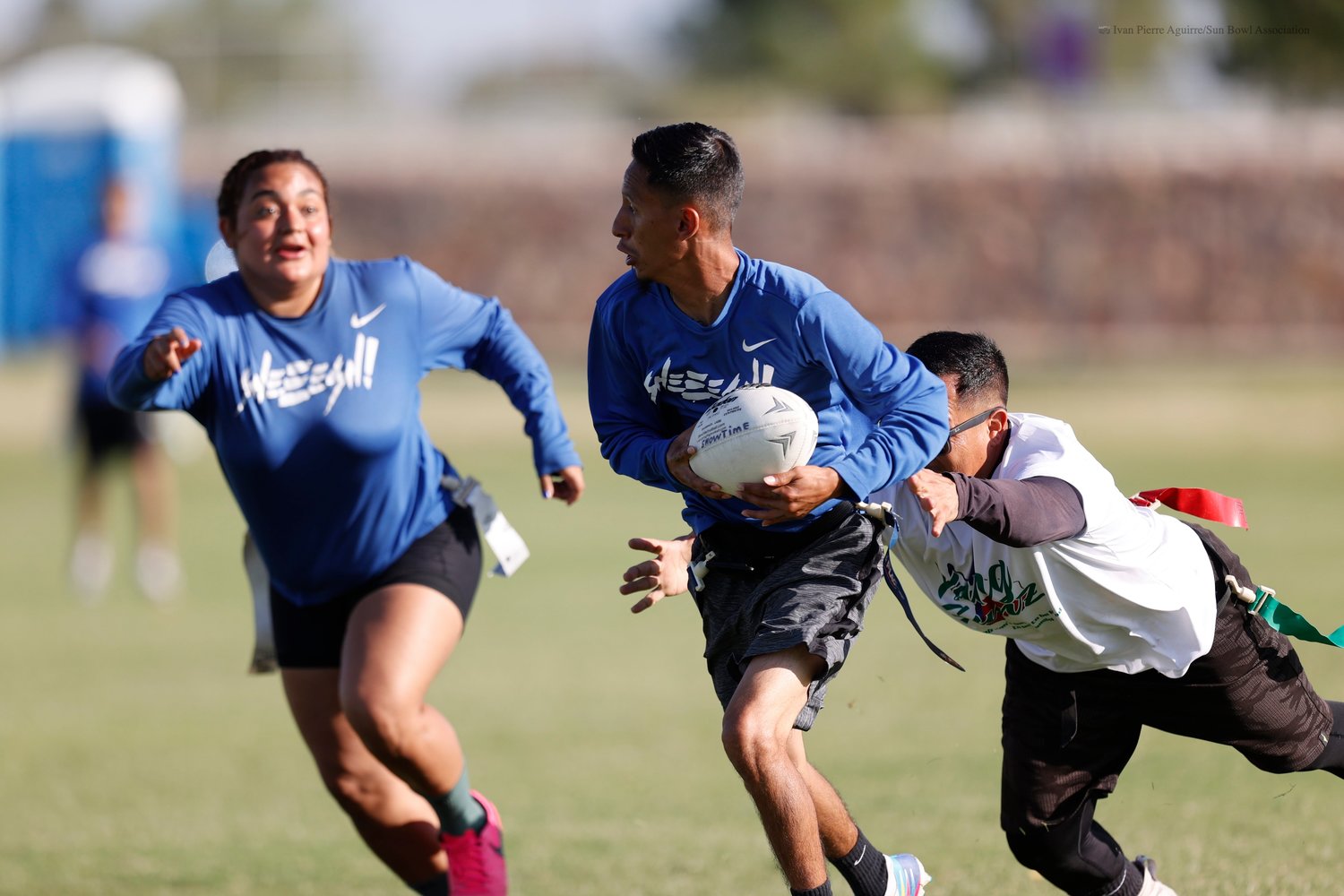 “We at the Sun Bowl Association worked really well with the Southwest Flag Football League a year ago and we are excited to bring this event back to the Borderland with the hopes it continues to grow,” said SBA Executive Director Bernie Olivas. “We are anticipating drawing teams from out of town to participate and compete against our local teams.  We continue to strive to produce events for the community as well as providing some positive economic impact for our city.”

The deadline to register for the tournament is Sunday, July 31 or until the bracket is full, whichever comes first. All entry fees are $300 which includes all referee fees.

“Last year’s event was a challenge as it was our first year but working with the Southwest Flag Football League really adds to the event,” Sun Bowl Association Special Events Director Joe Daubach said. “It’s always exciting to be part of another Sun Bowl Association event that brings so many people together to showcases El Paso and our community’s hospitality.”

Tournament Chairman Adrian Morales said, “It is a huge honor for me to be part of such a great organization like the Sun Bowl Association while at the same time strengthening our local flag football community. Giving them an opportunity to compete against teams from California to East Texas and from Colorado to interior Mexico is energizing. This tournament will give them that opportunity.”

About the Sun Bowl Association: