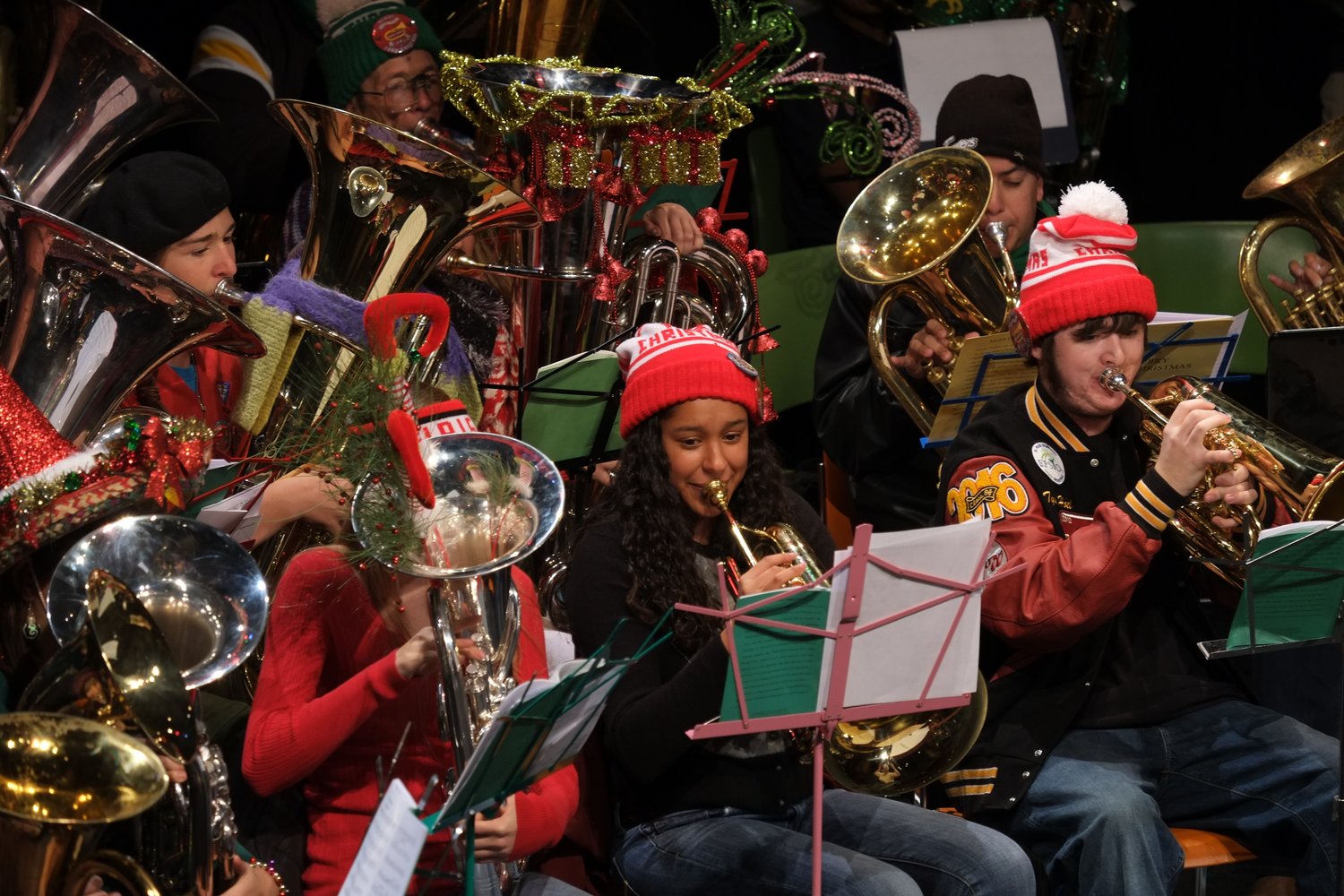 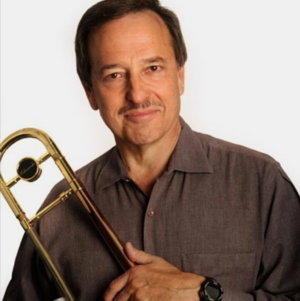 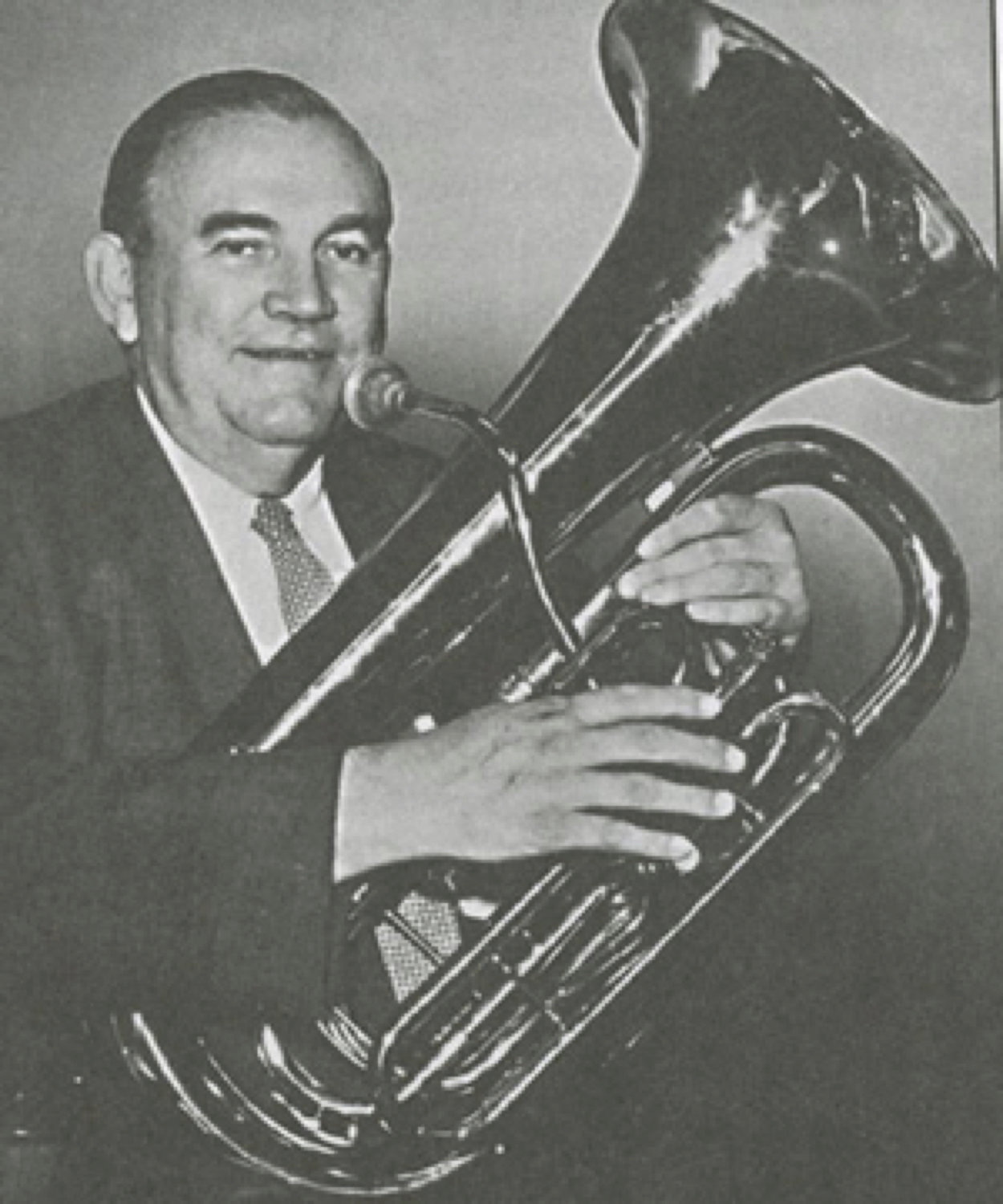 An idea that started 49 years ago has expanded to more than 300 cities across the country and around the world, including Las Cruces.

“A TubaChristmas” will be performed at 2 p.m. Saturday, Dec. 3, at Atkinson Recital Hall in the New Mexico State University Music Building, 1075 N. Horseshoe St., on the NMSU campus.

There is no charge to attend the concert, which is NMSU’s ninth annual TubaChristmas concert.

“A TubaChristmas” was started as an homage to the late and great teacher William J. Bell, who was born on Christmas Day, 1902, said NMSU music professor Alan Kaplan, Ph.D., who is putting on the NMSU event.

Bell “was the premiere tuba player and teacher in America during the first half of the 20th century,” Kaplan said.

“Bell was the posthumous initial recipient of the lifetime achievement award from the Tubists International Brotherhood Association,” according to https://redevelop.drobnakbrass.com/. “The camaraderie and spirit inspired among his students is credited by many as the inspiration for the founding of T.U.B.A., now the International Tuba Euphonium Association.”

Bell died Aug. 7, 1971, and three years later a student of his, Harvey Phillips, started what has become a national sensation, Kaplan said.

“The first TubaChristmas opened in the Rink at Rockefeller Center Dec. 22, 1974, led by American composer Alec Wilder,” Kaplan said. “Through Wilder, TubaChristmas concerts pay grateful tribute to composers who have embraced these noble instruments with solo and ensemble compositions. They regularly attract tuba and euphonium players by the dozens.”

Kaplan said the NMSU concert will include more than 60 musicians who are “ready to showcase a number of Christmas songs. All arrangements are by Wilder, an American composer born Feb. 16, 1907. He died Christmas Eve, 1980.

During the concert, Kaplan said awards will be given in categories such as, “Best Dressed Tuba” and the oldest and youngest participant.

Kaplan has recorded on the Angel label with Maestro Herrera de la Fuente, on the MENC video series "The World’s Greatest Music," on various labels with the Goldman Band, with the Light Fantastic Players and with Richie Havens, according to his biography at https://music.nmsu.edu/facultydirectory/allan-kaplan.html. He has performed with Lena Horne, Burt Bacharach, Sammy Davis, Jr., Henry Mancini, Mel Tormé, Cher, The Oak Ridge Boys, Peggy Lee and Sarah Vaughan.