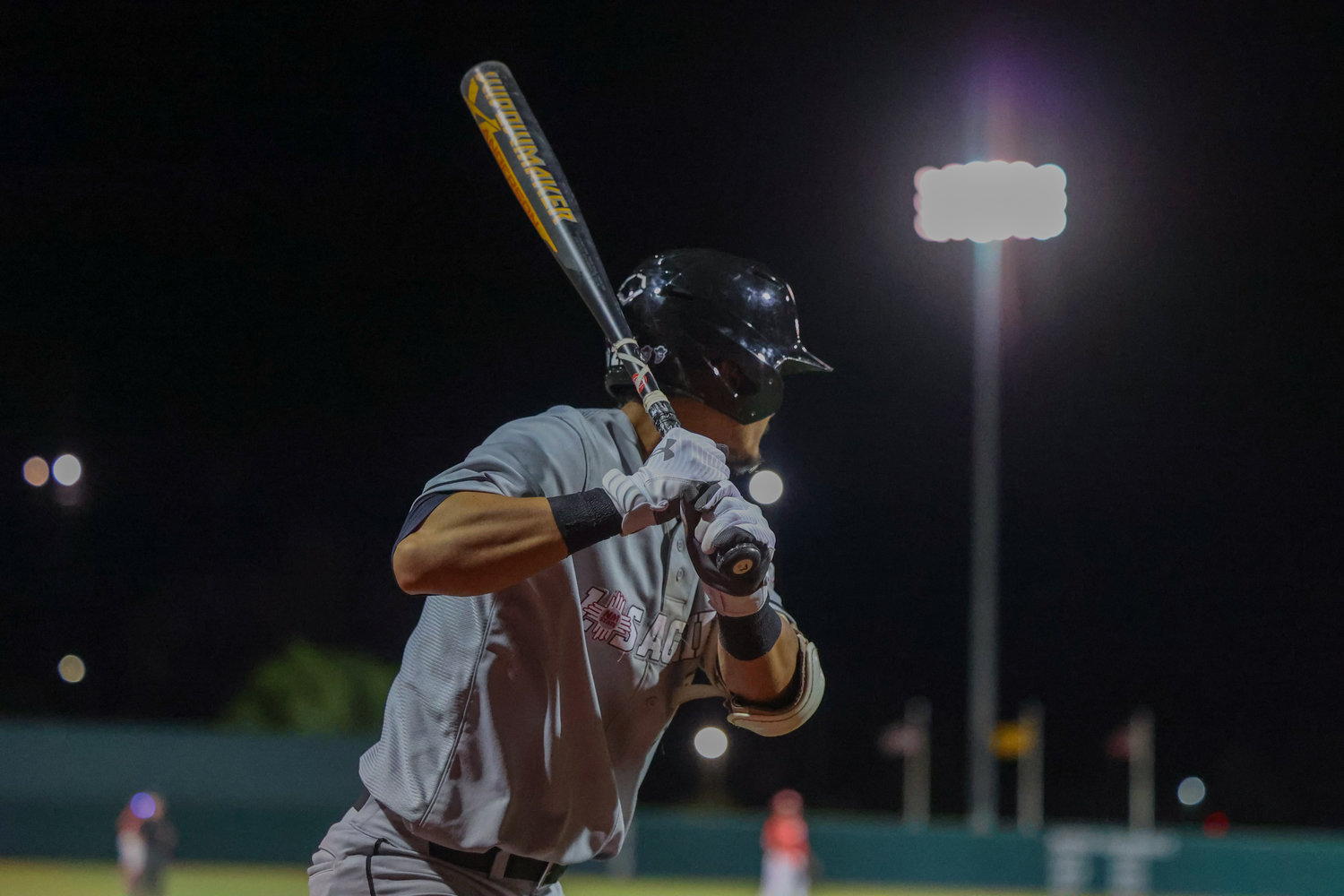 LAS CRUCES, N.M. –  Looking for its first win over a ranked opponent since March 21, 2012, the NM State baseball team played host to No. 25 Grand Canyon on Friday night. In the first of a three-game set, the Aggies let a three-run lead slip, eventually falling by a score of 9-6.

Grand Canyon struck first with two runs on a pair of singles. The Aggies answered with three runs of their own to take a 3-2 lead. With two aboard, Cal Villareal ripped a bases-clearing triple to tie the game. Villareal was immediately plated by Cal Kilgore sacrifice fly.

After Grand Canyon tied the game in the third inning, NM State went back on top in the bottom of the fourth. Edwin Martinez-Pagani launched a moon shot to right field to put the Aggies in front. NM State pushed the lead to three in the fifth inning when Martinez-Pagani and Kevin Jimenez both drove in runs.

Martinez-Pagani put Grand Canyon on cycle watch in the early parts of the game. By the end of the fifth inning, the Ponce, Puerto Rico native was 3-3 and just a triple shy of the cycle.

The Lopes swung all of the momentum in the game with just one swing of the bat. In the sixth inning, Grand Canyon used a no-doubt grand slam to take a 7-6 lead and never looked back. GCU tacked on two more runs in the eighth inning as insurance before Vince Reilly notched his 11th save on the season to close the game.

On-Deck
NM State and Grand Canyon will once again square off on Saturday afternoon beginning at 2 p.m. MT. All of the action can be found on the WAC Digital Network or 91.5 KRUX FM.