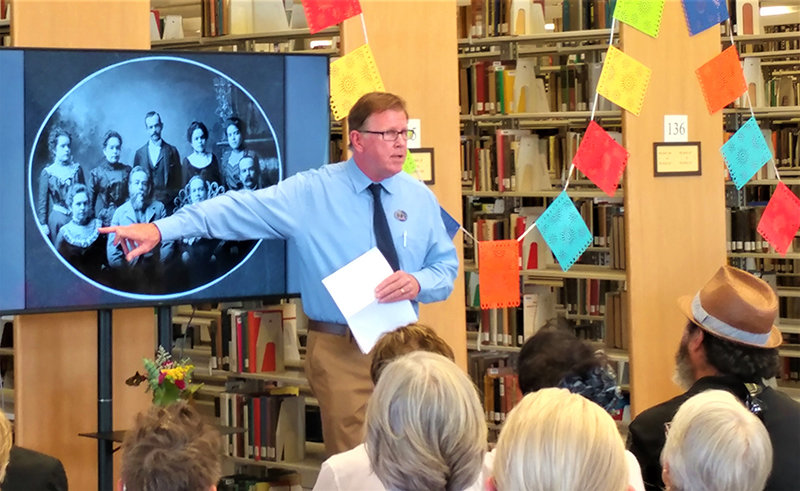 NMSU Archives and Special Collections Department Head Dennis Daily with a portrait of the Martín Amador family that is part of NMSU’s Amador collection.
Bulletin photos by Mike Cook 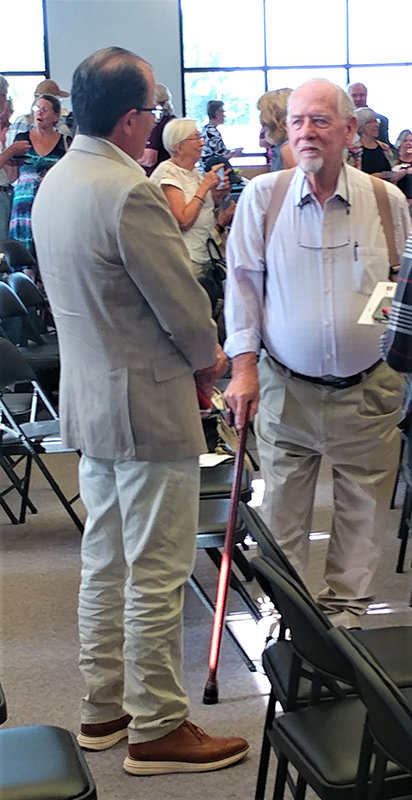 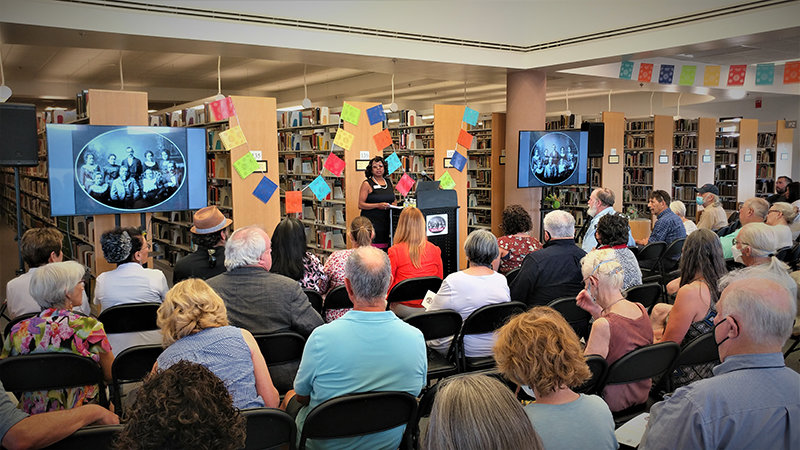 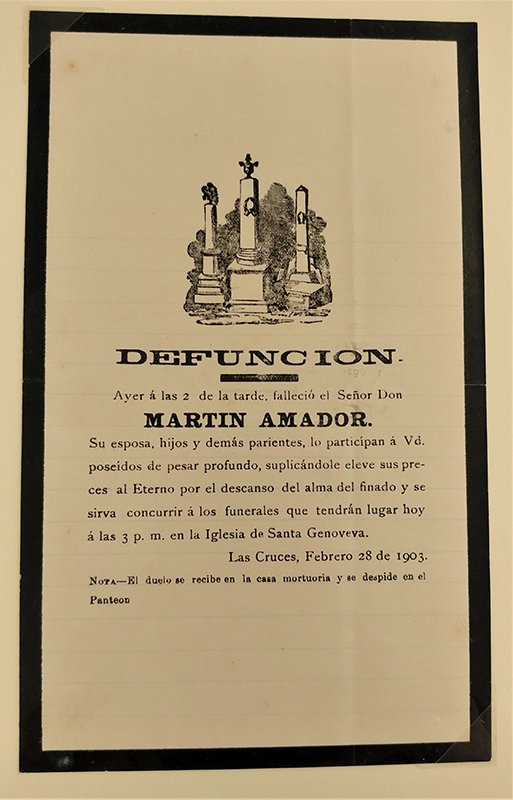 “Reading personal letters of deceased people is kind of a strange way of getting to know them,” NMSU Archives and Special Collections Department Head Dennis Daily said Sept. 9, as the department celebrated received a $350,000 grant from the National Endowment for the Humanities (NEH) to digitize and preserve more than 15,000 letters and other documents in its Amador family collection.

That “eavesdropping” provides “an incredible source of primary information (and) a unique historical resource,” Daily said, covering decades of letters and including business records, photographs and other documents – in Spanish and English – of the Martín Amador family.

Digitizing the collection is “critically important,” said Luis Cifuentes, Ph.D., NMSU vice president for research, creativity and strategic initiatives, as it makes the lives, the struggles and the triumphs of a prominent Mexican-American family and the history of New Mexico as it became a state available to students, scholars, historians, educators and others worldwide.

Amador, who was born in 1836 in Paso del Norte (Cuidad Juarez), Mexico, came to the village of Doña Ana with his widowed mother in 1848. The Amadors became U.S. citizens and, in the 1850s, moved a few miles south, becoming one of the first families to settle in Las Cruces.

Amador married Refugio Ruiz in 1861, and the couple raised seven children to adulthood.

Amador a freighter, mercantile and hotel owner, deputy marshal, county treasurer and inventor (Amador invented a plow and a unique type of window that opened both up and down on his two-story house). He also helped start a Las Cruces police force and the local school system, Daily said.

“It is one of the premiere borderland collections in the United States,” said NMSU Archivist Jennifer Olguin.

The letters to and from Refugio and her daughters show that “these women were close, and these letters allowed them to maintain that closeness,” said Katherine Massoth, Ph.D., of the University of New Mexico Department of History.

The grant project “makes the region and Las Cruces more relevant,” said NMSU Interim Provost and Chief Academic Officer Dorothy Campbell, Ph.D., “and it makes it relevant worldwide. The work you do here does matter. It helps us tell our story.”

Five of Martín and Refugio Amador’s descendants attended the Sept. 9 event, including Martin Amador Campbell, of Las Cruces, who is the grandson of Corina Amador and great-grandson of Martín and Refugio; brother and sister Tim Jordan, of Phoenix, and Jennie Austin, of Huntington Beach, California, great-great-grandchildren of Emilia Amador (Martin and Refugio’s daughter); and brother and sister Judy Robbie, of Albuquerque, and Mark Jordan, of Santa Fe.