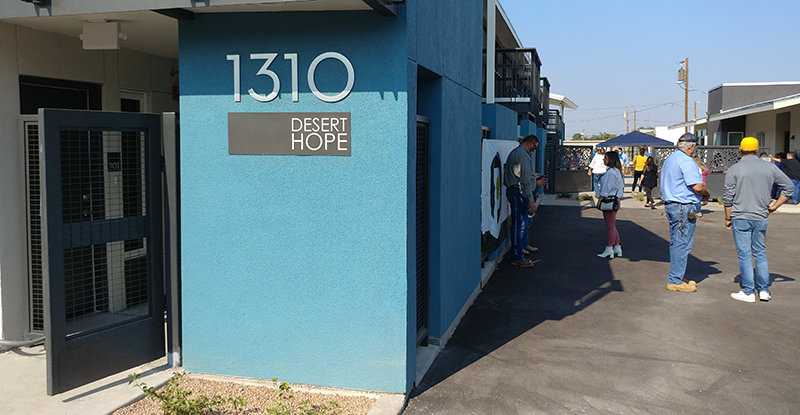 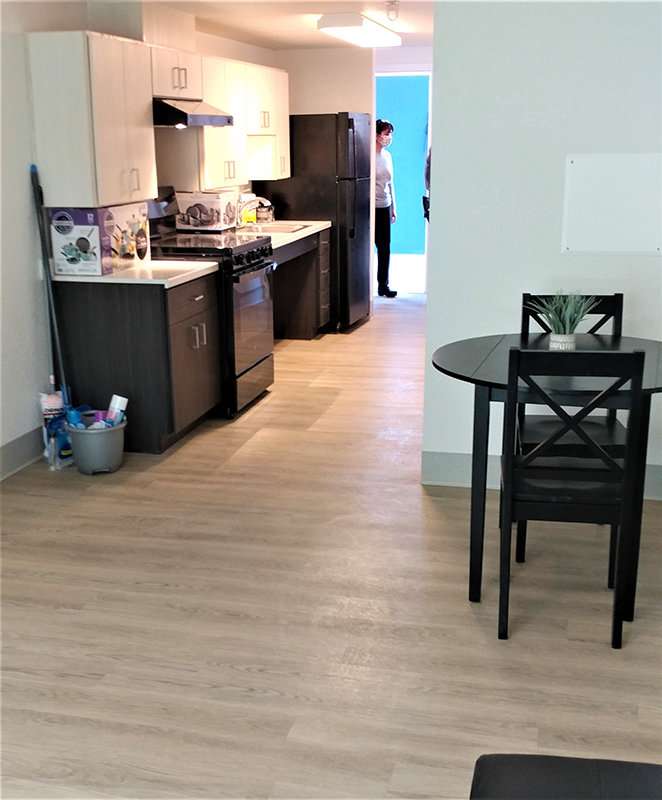 The interior of one of the new apartments at Desert Hope.
Bulletin photos by Mike Cook 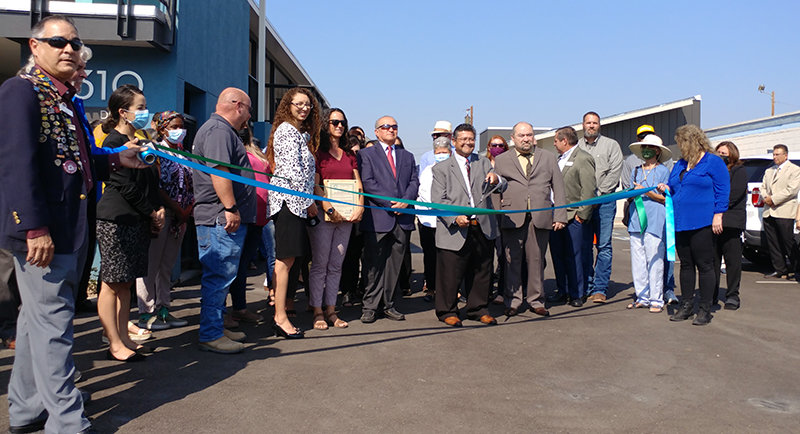 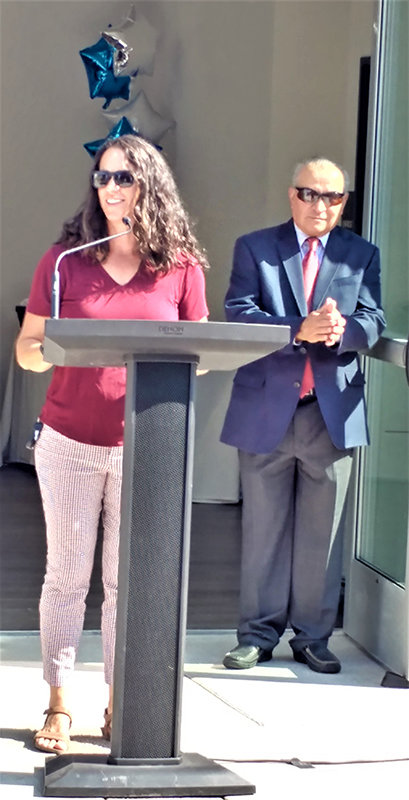 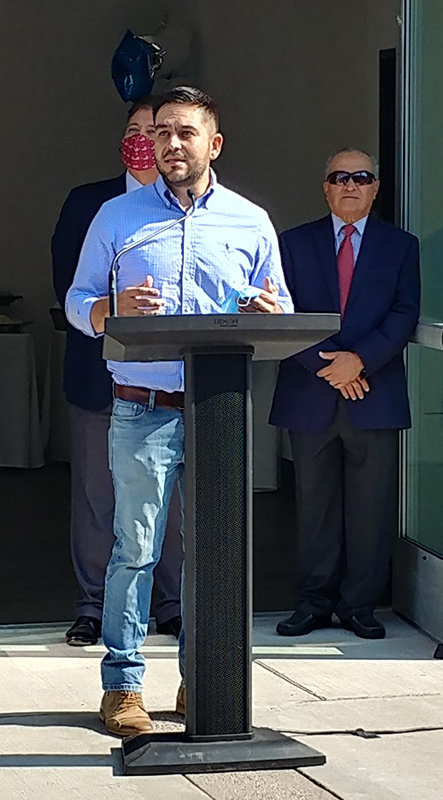 “We will end homelessness for 40 people in Las Cruces,” Mesilla Valley Community of Hope (MVCH) Executive Director Nicole Martinez said Aug. 5 as a refurbished apartment complex on Pecos Street was officially opened and will be the new home to people who had previously been living in shelters or on the street.

“This is really a great, great accomplishment,” Mayor Ken Miyagishima said at the grand opening ceremony for the Desert Hope Apartments, 1310 Pecos St.. The mayor said the Rawson family has donated nearby land so that a second phase of the housing project can get underway.

“When we come together, we can really do some wonderful things,” Las Cruces City Councilor Gabriel Vasquez said. The housing project is located in city council district 3, which Vasquez represents. He called the apartments “a rose in the desert.”

With the groundbreaking taking place about a year ago, the project was completed on time and on budget, said Mesilla Valley Public Housing Authority (MVPHA) Board of Commissioners Chair Marcos Montes, who cut the ribbon to officially open the site. Homeless veterans will have priority as tenants for the complex, he said.

The project to convert an old 20-apartment complex into 40 efficiency apartments for the homeless is a partnership among MVCH, MVPHA, the City of Las Cruces and the New Mexico Coalition to End Homelessness, with additional funding provided by the New Mexico Mortgage Finance Authority.

Martinez said MVCH will have an office on site so staff can help new residents “transition from being unhoused to being tenants.” Amador Health Center of Las Cruces will also provide health screenings on site, Martinez said, and Casa de Peregrinos emergency food program will have a food pantry at the apartments. There also is a laundry room, a community room and landscaping throughout the property.

The grand opening is “such a testimony to the passion and dedication of everybody here today,” said Las Cruces Green Chamber of Commerce President Carrie Hamblen, who is also a state senator, representing Doña Ana County in the New Mexico Legislature.

Hamblen, the former president of the MVCH board of directors, said Martinez presented the idea for the housing complex to the board in 2016.

“We have looked forward to this day,” Martinez said. To the apartments’ incoming tenants, she said, “Welcome to Desert Hope. Welcome home.”