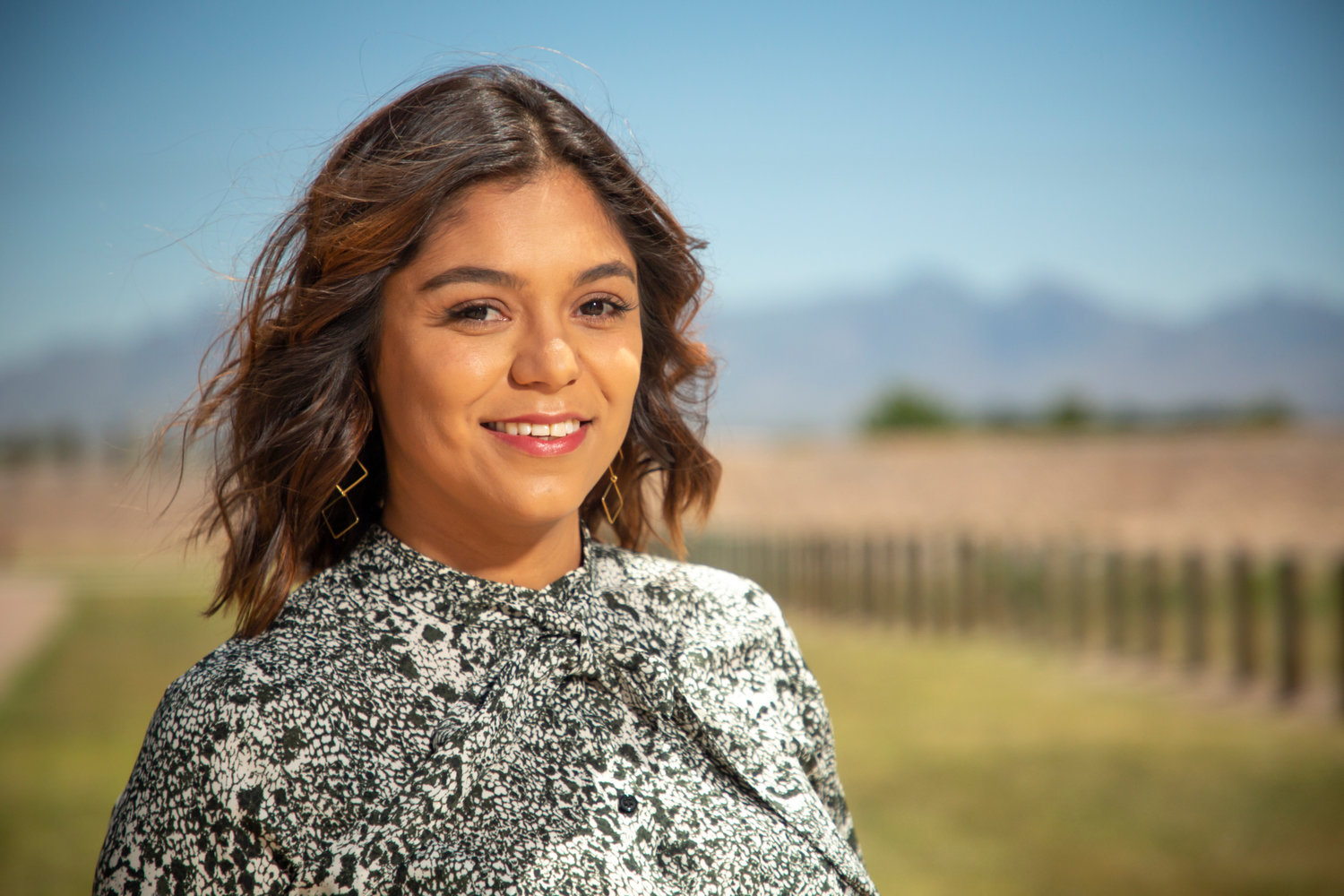 “People are struggling. I want to address that,” Johana Bencomo said a couple of weeks after winning a seat on the Las Cruces City Council. She’ll be sworn in Jan. 1 along with fellow City Councilor-elect Tessa Stuve and Mayor Ken Miyagishima and Councilor Kassandra Gandara, who were both re-elected in the Nov. 5 combined local election.

Bencomo, 31, won her first bid for elective office against two opponents in the District 4 council race. She was at 49 percent after round one in the city’s first ever ranked-choice vote, but waited to celebrate until after round 2, when she reached 62 percent, well past the 50-percent-plus-one-vote threshold.

Election night was “surreal,” she said. “I felt like I wasn’t even in my body.”

Both her parents came down for the election from the small town in northeast Colorado where they own a grocery store, and Bencomo was also joined by her grandmother, brother, sister and other relatives. “It was definitely a family affair,” she said.

Bencomo said she worked hard during the campaign and didn’t stop knocking on doors until 3 p.m. on election day. The issue she heard most about was public safety, Bencomo said, including everything from pedestrian accidents and the need for more sidewalks to the root causes of violent crime.

Bencomo said she talked to people of all political persuasions during her campaign – Democrats, Republicans and Independents. Some wanted to discuss national issues, but her focus was to “talk about the neighborhood,” Bencomo said. “My agenda is to listen to people,” she said. “I will always do that.”

Bencomo said incumbent District 4 Councilor Jack Eakman advised her after the election to “really think about” her role as a city councilor and to research the committees she will serve on as a council member. Former District 4 councilor and Las Cruces mayor Tommy Tomlin counseled her to be a consensus builder, telling her a collective vision will help move the entire city forward.

“It’s a tough job,” Bencomo said about serving on the city council. “I know that going in.”

There is “a big learning curve,” she said, but after the two-month break between the election and her first day in office, Bencomo wants to start her four-year term “with an inspiring message,” connecting with people and “deeply, deeply listening before I make a decision,” she said. “It really does take a village.”

Bencomo said she will keep her job as a community organizer for New Mexico CAFé (Communities in Action & Faith), a Las Cruces nonprofit that works to shape public policy, while serving on city council.

One of her first big decisions in 2020 is likely to be choosing Las Cruces’ next city manager. Bencomo said she is thankful the current city council decided to delay the hiring until the new council is in place. “I’m excited to get the process started,” she said. The city manager should be someone “who deeply loves public services, listens to different voices, sparks fire and recognizes people’s potential,” Bencomo said.

Bencomo said ranked-choice voting “was easier than everybody thought it was going to be,” but she would efforts to improve the process. That could include requiring petition signatures to get on the municipal ballot, Bencomo said. She also hopes the council will tighten up campaign fundraising and financing rules. “Everything can be improved,” she said.

Bencomo was born in Chihuahua, Mexico. She came to the United States with her family at age 8, settling in Holyoke, Colorado. Bencomo moved to Las Cruces at age 18 to attend New Mexico State University, where she obtained a BA in government in 2010 and a master’s in social work in 2015.