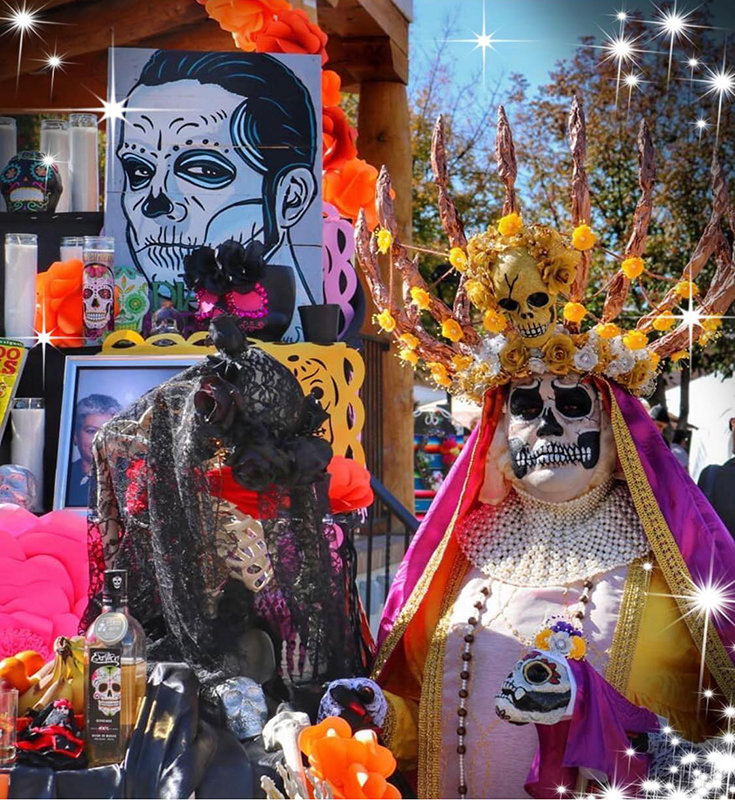 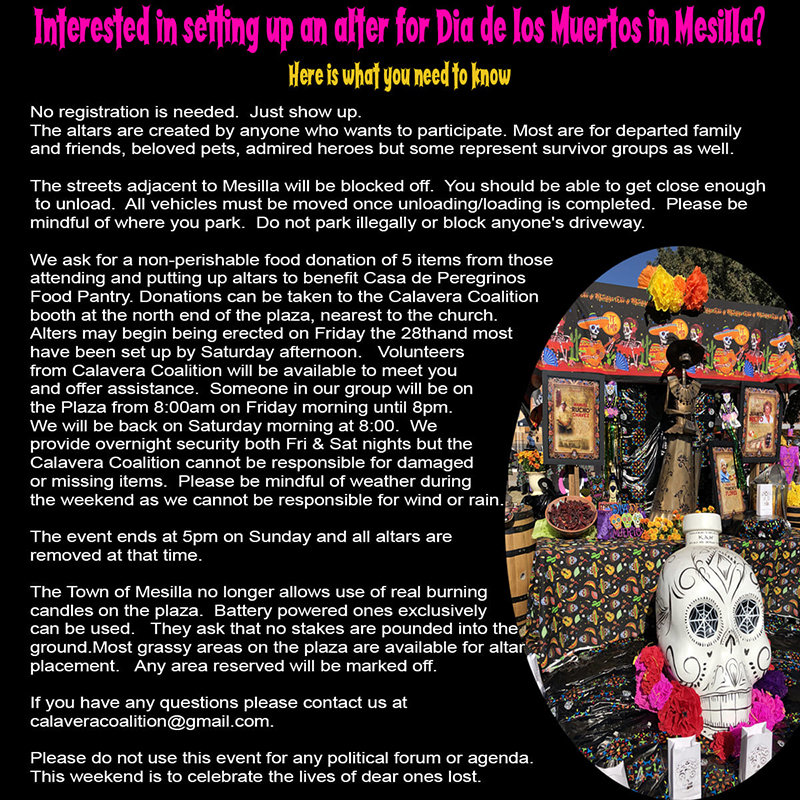 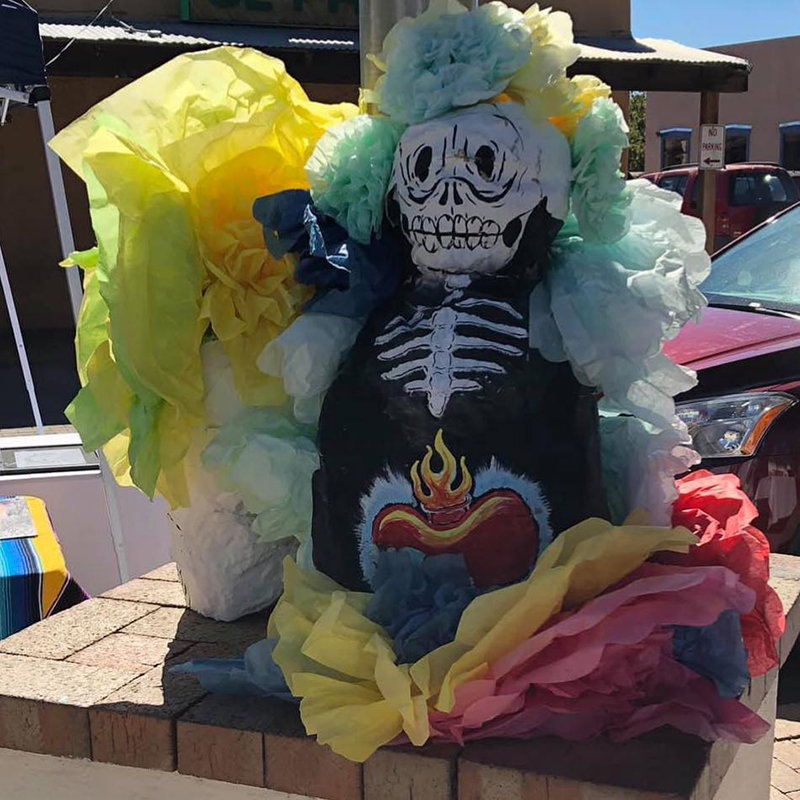 The Calavera Coalition will host a Dia de los Muertos celebration of departed friends and family Saturday-Sunday, Oct. 29-30 on the historic plaza in Mesilla.

Altars constructed in memory and honor of lost loved ones will be erected on the plaza Friday, Oct. 28, and will remain on the plaza for public viewing Saturday and Sunday, with the event ending at 5 p.m. Sunday.

The event will also include live music, food and vendors.

There is no charge to attend, but Calavera Coalition is requesting the donation of five items of non-perishable food, which will be donated to Casa de Peregrinos emergency food program. Donations can be made at the Calavera Coalition booth at the north end of the plaza during the event.

“Integral to the celebration is the belief that the spirits of the dead visit their families during this time of the year,” Visit Las Cruces said on its website. “To pay respects to those wandering souls, families create elaborate altars in their memory, placing offerings of flowers, favorite foods, mementos, pictures and more upon them.

“At the heart of this annual event is a small group of volunteers calling themselves the Calavera Coalition, a nonprofit that has been in existence since 1998,” Visit Las Cruces said. “Local lore tells us it was the owner of the Purple Lizard, Debbie Pinkerton, who began the event. She put together a show in her shop in 1997 and invited other artists to participate. So successful was the show that, the following year, residents decided it should become a true celebration. The Calavera Coalition was born, and the event was moved to the plaza, where it has been held ever since.”