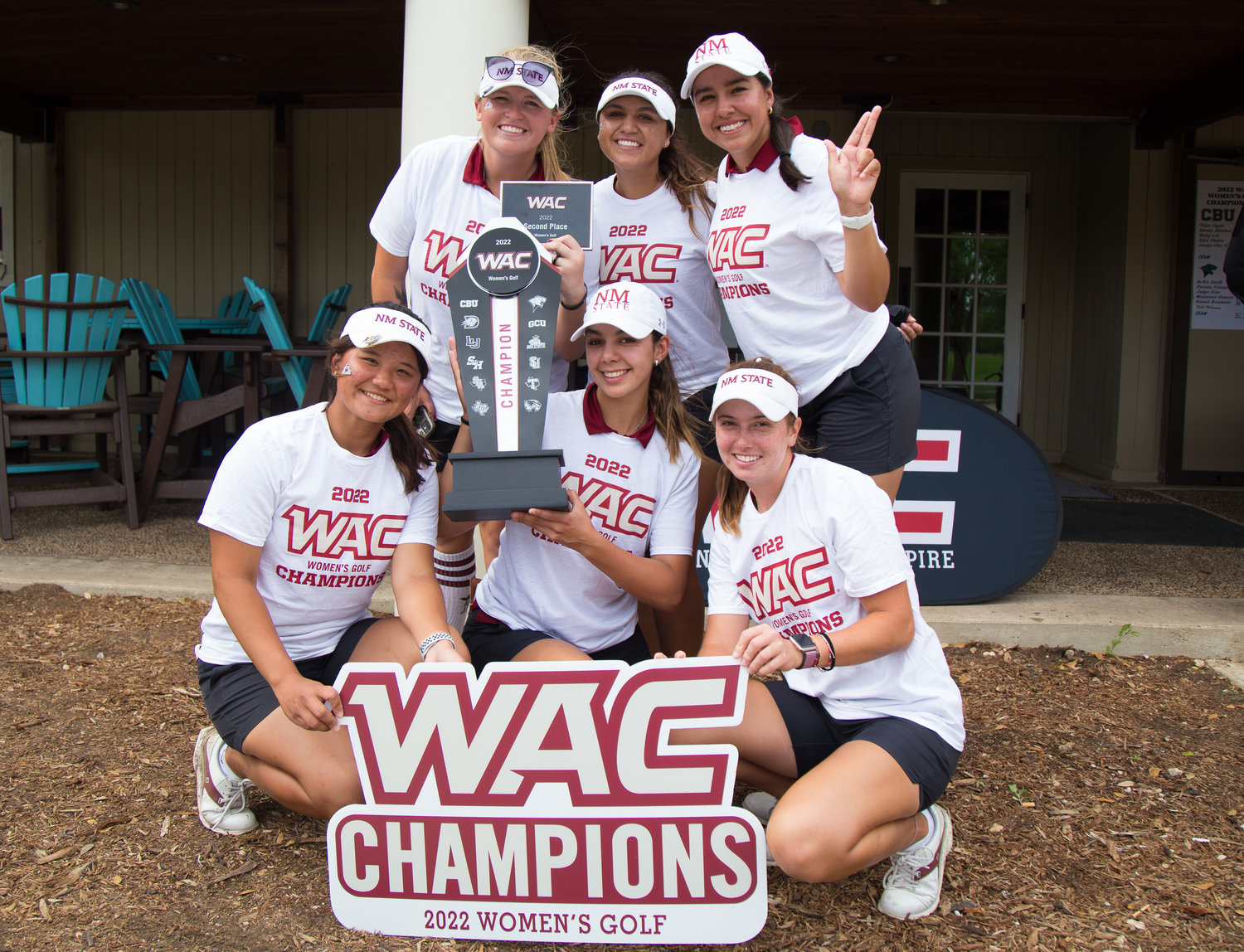 KERRVILLE, Texas  – For the seventeenth time in school history – The NM State women’s golf team is a conference champion.

Amelia McKee led the Aggies throughout the week, finishing in second place for the tournament. Playing in her home state of Texas, McKee finished with an even 216 for the three-day event, shooting 73 (+1) on the final day.

Alison Gastelum finished the event in fifth place and helped lead the Aggies down the stretch. Birdieing holes 13 and 15, Gastelum helped the Aggies reclaim the lead after Sam Houston briefly drew to a tie.

The NCAA Women’s Golf Selection Show will take place on Wednesday, April 27.  Beginning at 2:00 PM MT and airing on the Golf Channel, the show will announce which regional site the Aggies will play at. Last year, NM State made the trip to Stanford, California to compete in the NCAA Regionals.