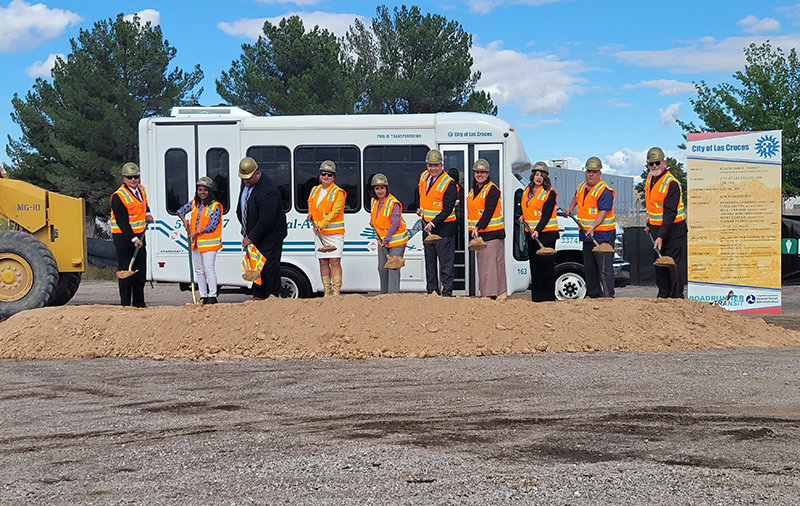 The City of Las Cruces held groundbreaking ceremonies Oct. 18 for a new RoadRUNNER Transit operations and maintenance facility at 2340 Westway Ave. The first phase of construction of the facility will $21,949,633, the city said, of which almost 80 percent is federally funds. In August 2022, RoadRUNNER Transit was awarded almost $2.2 million from the Federal Transit Authority (FTA), which required a city match of almost $543 to construct additional phases of the facility that will be built on Westway Avenue, the city said in a news release.

Additional fiscal year 2022 FTA funds, bond funding and local match will be committed in early 2023 for build out of additional phases of the facility and associated project management, design and workforce development projects, the city said.

The facility is expected to be completed in June 2024. It will replace RoadRUNNER Transit’s aging facility on Hadley Avenue, the city said.