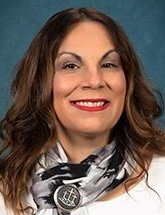 At its Jan. 3 regular meeting, the Las Cruces City Council voted unanimously to adopt an ordinance authorizing the conveyance of a city-owned vacant parcel, known as Lot 2 of the Sierra Summary Subdivision, to Tierra Del Sol Housing Corporation of Las Cruces for the development of affordable housing, the city said in a news release.

The city acquired the vacant parcel several years ago from Las Cruces Public Schools in exchange for a road improvement project, the city said. The agreement with LCPS requires affordable housing development on the parcel, which is on Lewis Street, adjacent to Sierra Middle School.

The city will develop approximately 32 affordable housing units on the property, including eight single-family homes, 12 town houses and 12 apartment units, the news release said. Amenities will include a walking path with connectivity to Sierra Middle School and a community garden.

The city held meetings in August and November 2018 to engage neighbors of the Sierra Tract to provide their input on the potential development of the site. Input and comments received during these meetings led the city to initiate a community planning blueprint for the subject property. A community planning blueprint is a plan that promotes the vision of the city’s Comprehensive Plan and serves as a policy guide for city council, the Planning and Zoning Commission, the City’s Affordable Housing Land Bank and Trust Fund Advisory Committee, city staff and the public.

The resulting Sierra Tract blueprint was recommended for approval by the city Planning and Zoning Commission in December 2018 and was approved by the city council in February 2019. The blueprint guides the development of the parcel “to create a quality, innovative, affordable housing development that will be conscious of the concerns of the existing surrounding developed area and will meet the needs and desires of the city,” according to a summary of the affordable housing agreement.

The Jan. 3 meeting was the first for new councilors Becki Graham and Becky Corran. Both were elected to four-year terms in November. Councilor Kassandra Gandara was unanimously re-elected mayor pro tempore of the council at the Jan 3 meeting.

Councilor Yvonne Flores did not attend the meeting.