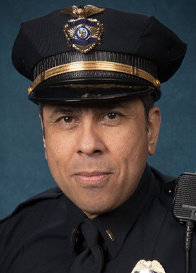 The Las Cruces City Council was updated at its Nov. 8 work session about the Las Cruces Police Department (LCPD) and the city’s Neighborhood Leadership Academy (NLA). The council also received a report from city staff about the El Paseo-South Solano Corridor Ad-Hoc Committee.

The LCPD update provided statistics through the third quarter of 2021, which ended in September.

The council was told LCPD currently has 172 commissioned officers through the end of September. The Police Department has 202 authorized positions. The 51st LCPD Academy will begin in January 2022, and LCPD administration has established a goal of 25 to 30 cadets to be enrolled.

The council also learned LCPD responded to 103,671 calls for service, January to September 2021; 20,715 incident reports were filed; and 502 online reports were received through the end of September.

Other notable details LCPD shared with council include:

Training for LCPD officers is substantially more than that provided through the New Mexico Law Enforcement Academy. Cadets in LCPD’s 50th academy were provided with 1,081 hours of training, compared to 677 at the state Law Enforcement Academy (LEA). Training in the proper uses of firearms in the 50th LCPD Academy was 136.5 hours, while LEA provided 68 hours.

The NLA update updated city council members on efforts to continue the program considering ongoing impacts from the pandemic. NLA began in 2017 and continued until March 2020 when the pandemic forced it to be paused.

The NLA provides improved knowledge of city government to aid residents in becoming effective neighborhood advocates and community leaders, according to the city’s Community Engagement office. In five semesters, NLA has been offered, 130 residents have participated in the program. Objectives of the NLA are to increase pride and understanding of city government operations; promote civic engagement and develop neighborhood and community leaders.

The next steps for NLA programming include: a la carte classes, tours and access for the next levels; bridging the Digital Divide; offering versions of NLA geared for adults and for middle school- and high school-age youths; creating shadowing and mentoring opportunities for adults and youth; establishing an ambassador status for NLA alumni; and growing active neighborhood groups and identification from residents who complete the NLA.

After reviewing current conditions and city policy, the committee endorsed nine proposed strategies that could spark revitalization. Those strategies were endorsed Nov. 8 by city council members.

With informal endorsement from the council, the next steps are to take the recommendations and integrate them with the city’s strategic plan, capital improvement program and future city budgets.