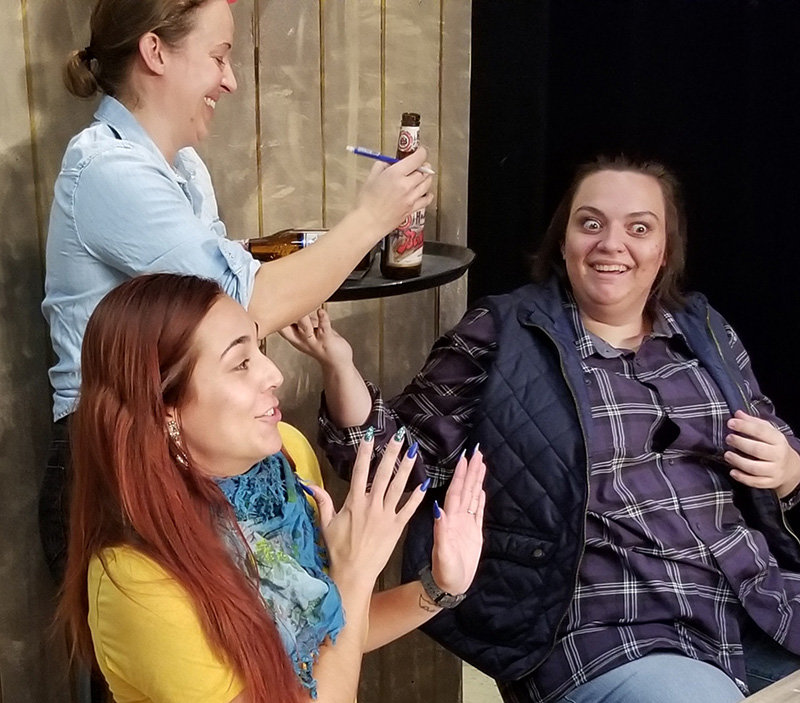 Brandon Brown is directing the play after his performance as Elwood P. Dowd in LCCT’s production of “Harvey,” which concluded a successful three-week run in September and marked the theater’s return to live performance after an 18-month pandemic-induced hiatus.

“It's a show that shines a spotlight on LOVE – long love, lost love, possible love,” said Pitts, who has starred in many productions at LCCT. “Watching these talented actors go through those emotions and thinking about how the audience is going to react is my favorite part of this process. A rollercoaster ride of emotions is to be expected and I hope the audience buys a ticket, straps in and holds on tight for a great show!”

“It's been exhilarating to get back to rehearsing for live, in-person theater again,” said cast member Nora Brown. “And ‘Almost, Maine’ gives us interesting, meaty characters to find and cultivate. I'm enjoying every aspect of it.”

“We had almost 700 people total come see the show,” said “Harvey” director Gail Wheeler. “Masks were worn backstage when actors were in close contact. I didn't have any complaints from the cast ... Everyone was vaccinated, no one got sick.”

“We only had a few unvaccinated people that were bugged about not being able to see ‘Harvey,’ but overall, only having vaccinated people attend really helped those in attendance to feel more protected,” said LCCT Board President Janet Beatty-Payne. “All of the patrons were very compliant with wearing masks and no one complained at all. While I was there house managing during opening weekend, many patrons expressed how grateful they were that we were only requesting vaccinated patrons to attend at this time. We are happy to report that no cast members, crew members, or patrons were exposed to Covid while participating in and enjoying ‘Harvey.’”

Tickets are $17 for adults; $14 for senior citizens, students and military; and $10 for children.