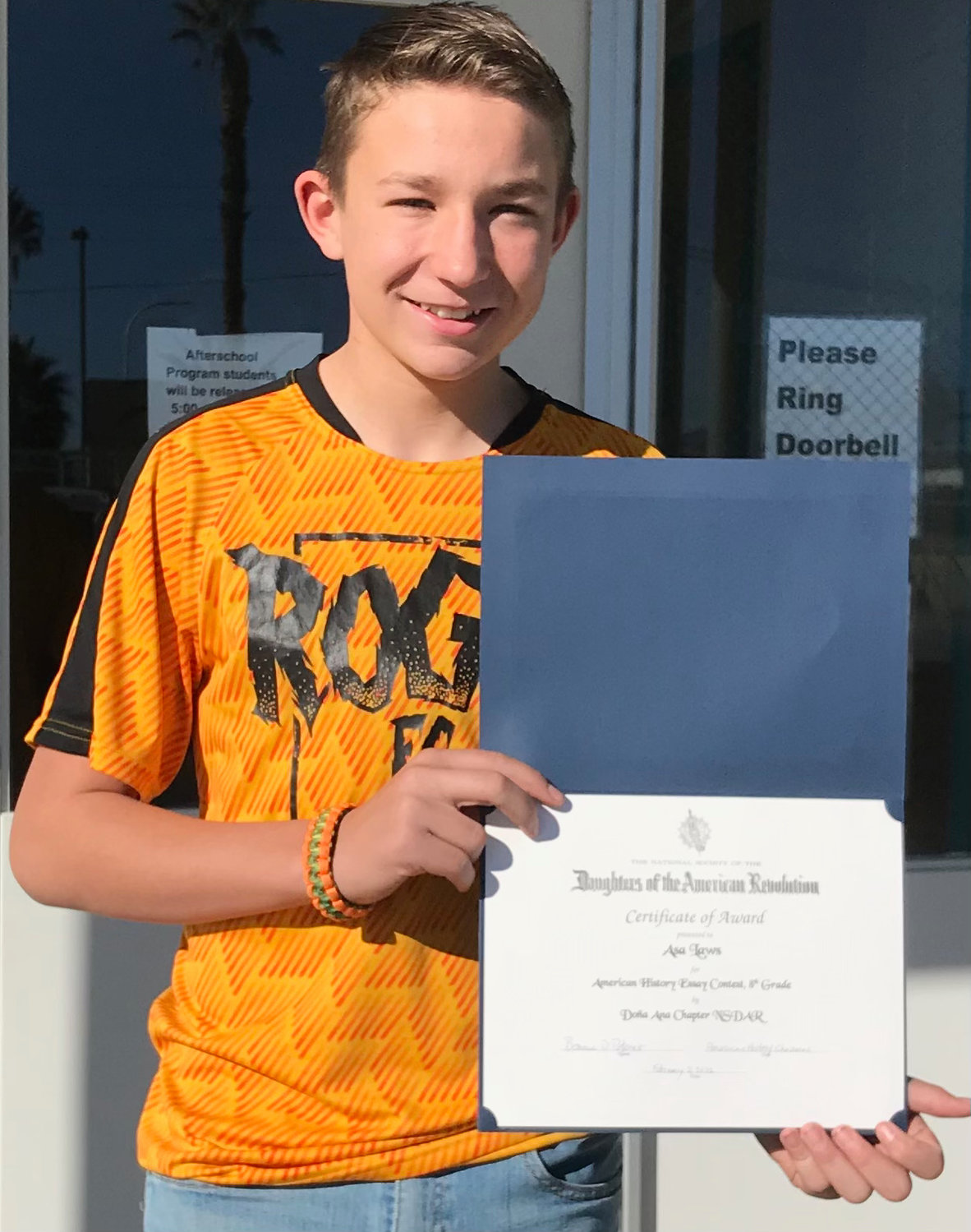 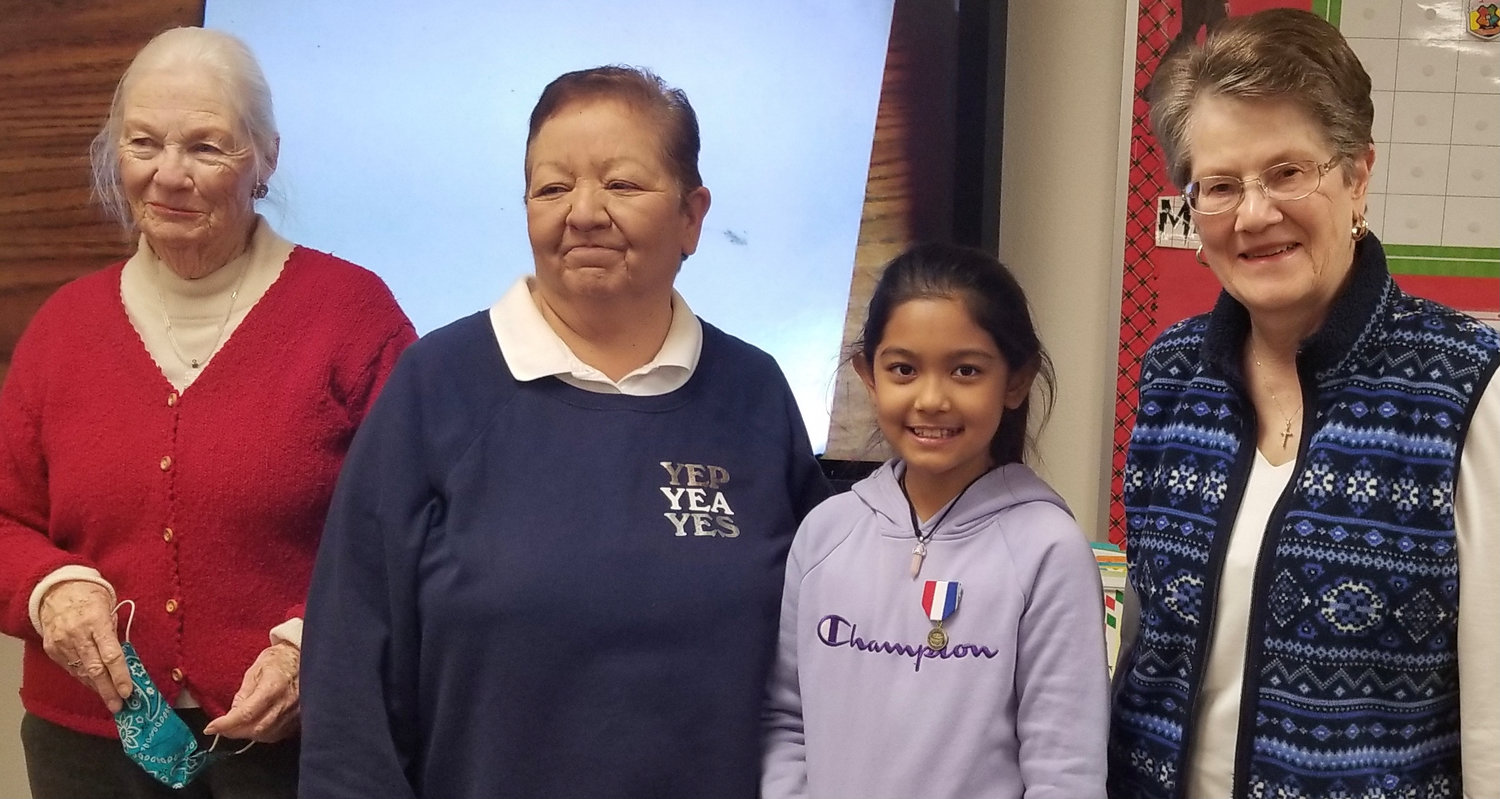 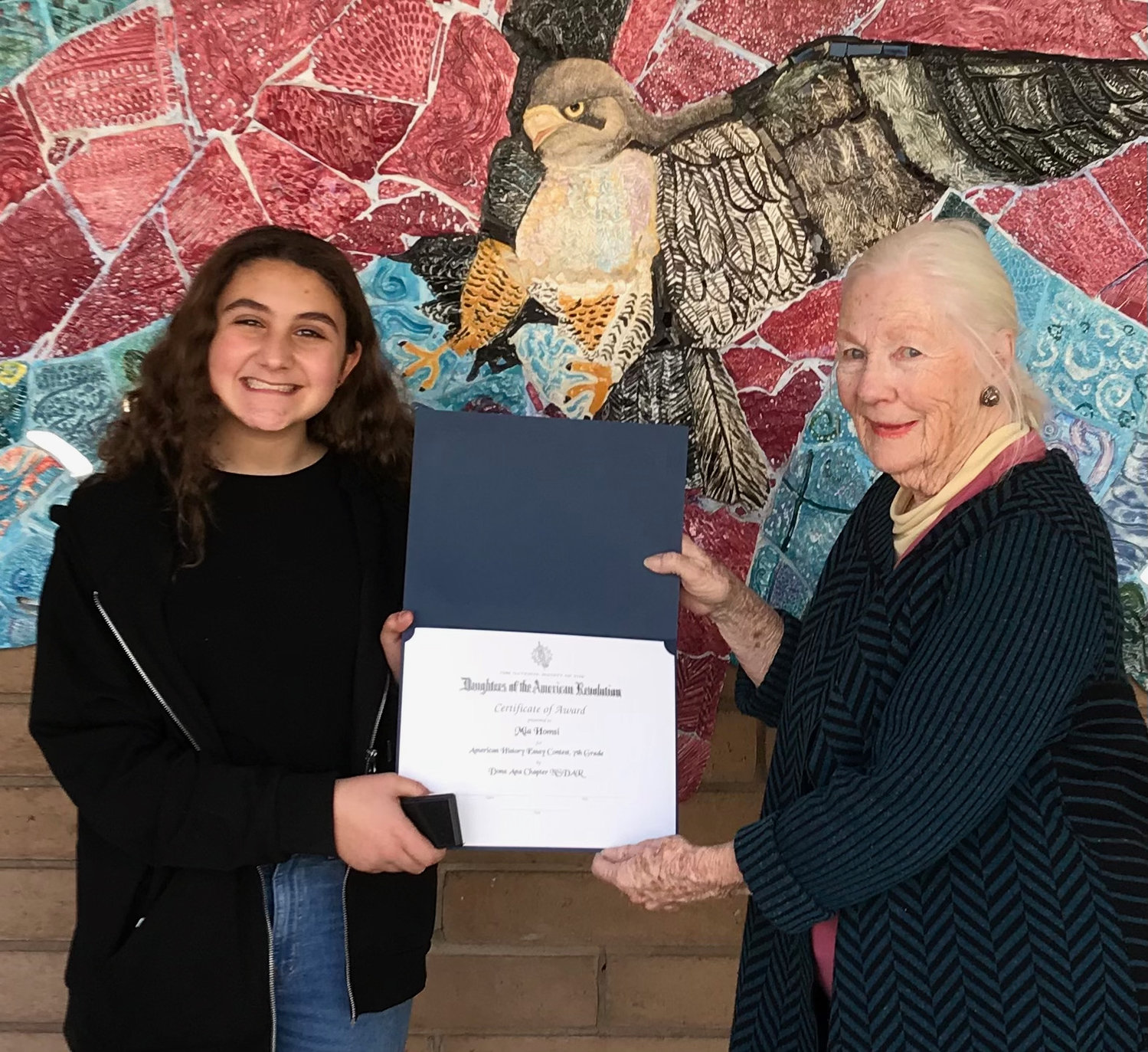 The state DAR honors annually the best essays in grades five through eight. All New Mexico chapter winners from each grade are judged at the state level. State winners are entered in the national competition.

This year’s topic, The Tomb of the Unknown Soldier, honors the 100-year anniversary of the tomb’s establishment.

“It was very hard to think of never seeing them again,” she recalled of her essay’s inspiration. “I tried to think of what my outlook would be. I would be proud that my brothers fought for the people, but so sad if they were lost. I would never be the same.”

“The essay gave me a whole new box in my mind,” she said. “I never thought of this before. I never even heard of The Tomb of the Unknown Soldier.”

“I love to write, and history is intriguing,” Mia said. “To think that people actually went through this, how hard it was for them, how much they did for us, and how different we are now because of what they did for us…it’s very remarkable.”

Asa Laws also said he was unaware that there was a Tomb of the Unknown Soldier. He agreed that it is “a super interesting topic.”

Asa created his essay voice as a World War I veteran fighting alongside his brother. His character survived; the brother was lost and unaccounted for.

The assignment forced Asa to think about disappearing from the world and your family not knowing how or when. “I know I wouldn’t want that to happen to me,” he said.

Asa said he was fascinated that the tomb was guarded 24 hours a day, seven days a week, 365 days a year.

“No hurricane, tornado, or flood can drive these valiant soldiers from their post guarding the deceased unknown soldier who gave their life for our country,” Asa wrote in his essay.

Roma Subedi had heard of WWI and of the unknown soldier’s tomb, but writing the essay taught her a lot “about the place where people who have given their lives for our freedom are represented.”

Roma said she did not know about the food and water shortages in the WWI theater and learned that our soldiers didn’t have much to live on.

A passionate reader of realistic fiction, Roma said that she plans to be a doctor. After researching and writing the DAR essay, she said she would like to be a doctor for veterans. She hopes there will not be another war for the United States, but if there is, she wants to serve as a doctor on the battlefield.

DAR’s American History Essay Contest was established to encourage young people to think creatively about our nation's great history and learn about history in a new light. Essays are judged for historical accuracy, adherence to the topic, organization of materials, interest, originality, spelling, grammar, punctuation, and neatness.

DAR is a nonprofit, non-political volunteer women’s service organization dedicated to promoting patriotism, preserving American history and securing America's future through better education for children. Any woman 18 years or older-regardless of race, religion, or ethnic background who can prove lineal descent from a patriot of the American Revolution, is eligible for membership.

More than a million women have joined DAR since it was founded more than 125 years ago.

For information on how to join DAR, contact Dona Ana chapter’s registrar Carol McIntyre at carol.mcintyre55@gmail.com.