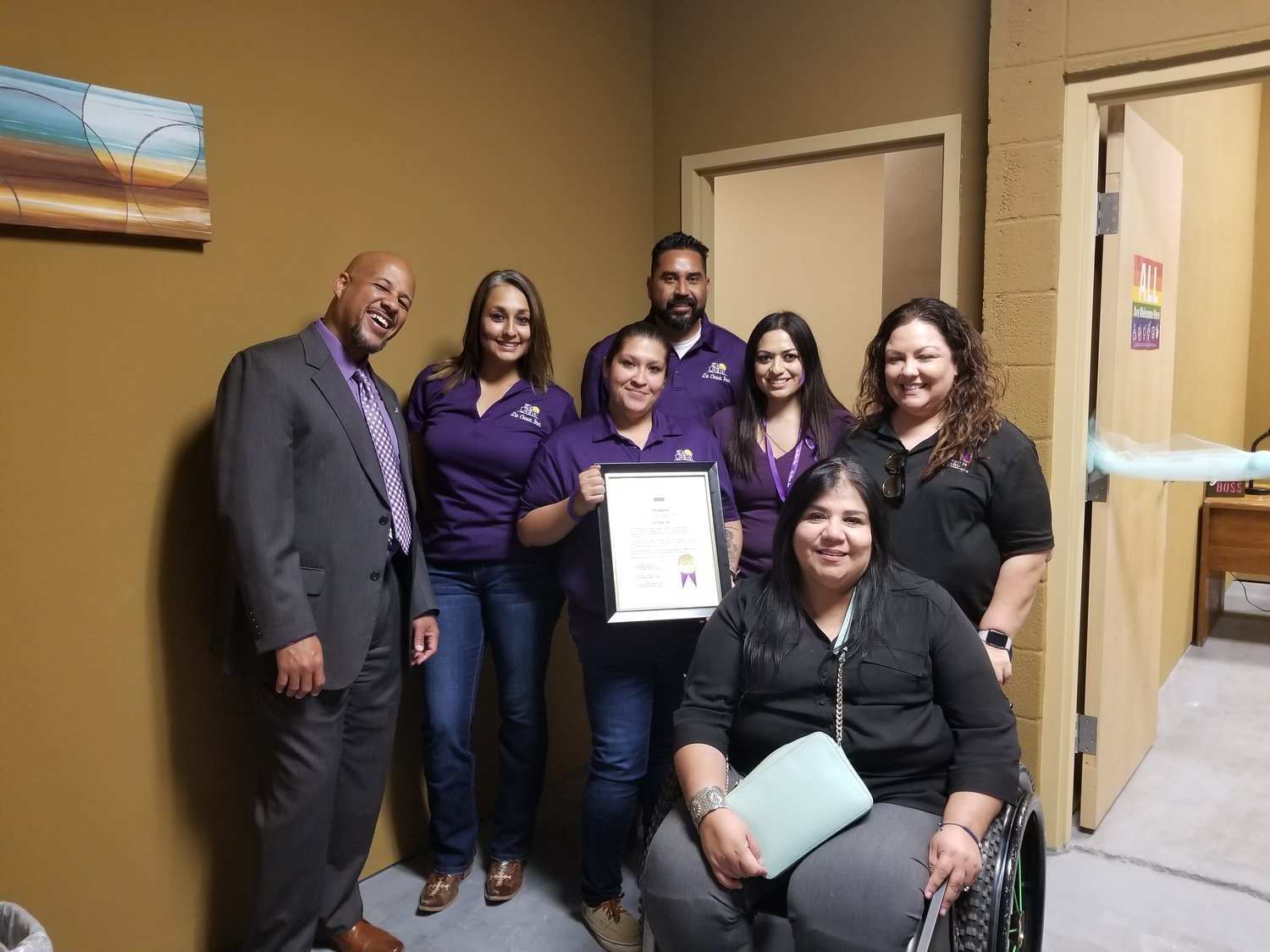 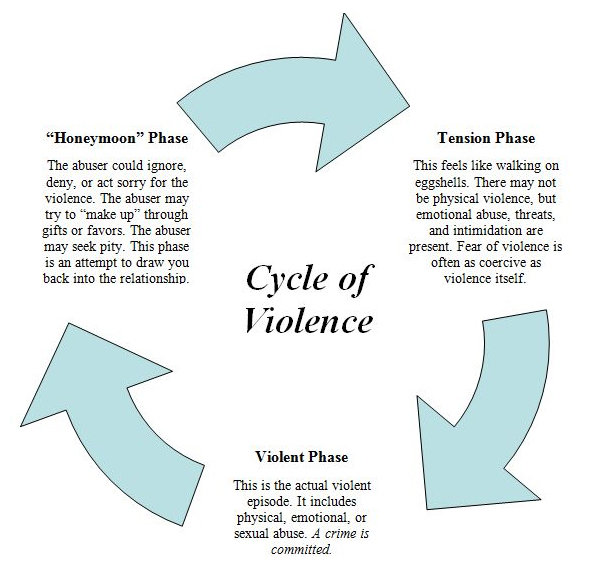 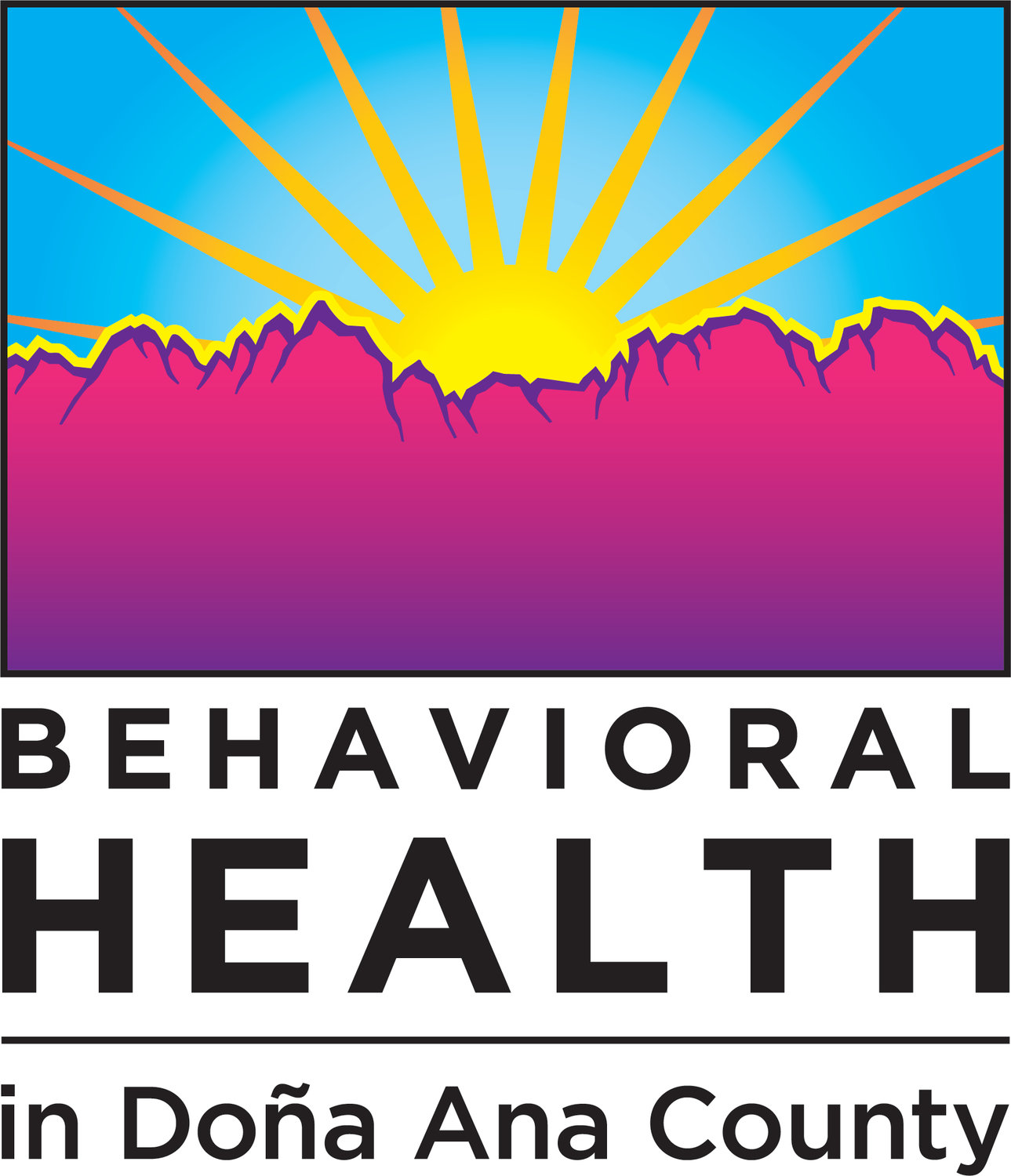 “I’m a survivor,” said a Las Cruces woman about her 17-year struggle with domestic violence.

Mary (not her real name) was 18 years old when she met Frank (not his real name), the man with whom she would begin a long-term relationship and have a child.

“When I met him, he was super mysterious,” Mary said. “I never really put up red flags with him because he was so charming.”

The two began dating and were “doing really good,” she said. Then, one morning, “I was nagging him,” Mary said, because she was late to work. She was driving him to his house before she went to work. He told her to “be quiet or I’m going to get you quiet.” Mary said she kept nagging him, and “all of a sudden I just saw knuckles coming toward my face. It happened so fast.” She was bleeding as she continued to drive the car, and was also crying by this time, Mary said. Frank told her “to get quiet” or his response “would get much worse.”

“That was my introduction to the world,” Mary said.

Mary didn’t see Frank for a week after the attack, then he came back to her house and promised he would never hit her again. They continued their relationship until he acted out again several weeks later. During the second incident, Frank gave Mary a fat lip and a black eye, breaking her glasses, she said. He also broke items in her home, including a karaoke machine, candles and other things Mary especially liked.

Mary and Frank’s relationship continued along these lines for the next seven years, she said. “It was chaos,” Mary said. Frank was using drugs and Mary also became a user because it became the activity they did together. She eventually left Las Cruces, moving to a small town nearby to be with family members, where she overcame her drug habit and became clean, Mary said.

Frank came to visit her while she was away, and Mary became pregnant. Upon her return, she became aggressive, she said. Because of her anger about the violence she had been subjected to before, Mary became verbally and even physically abusive toward Frank, nagging him and sometimes pulling his hair. Because she was pregnant, he “wouldn’t retaliate or say anything. He was actually very nice,” she said.

Frank exhibited no violence toward Mary until seven months after their daughter was born, Mary said. One morning, he told her she must make him a meal before she could go to work or take their daughter to daycare. “’You’re not leaving until you cook me something,’” she remembers him saying. When Mary said no, Frank punched her in the stomach.

“He knocked the breath out of me,” said Mary, who was holding their daughter at the time of the attack.

Mary dropped to her knees, then got up and made her way to the kitchen, pretending to begin cooking a meal while Frank was on the couch. Instead, she fled out the back door. The incident took place in December, during cold and windy weather, but Mary left without a coat.

“I ran to the first neighbor’s house that would let me in,” Mary said. She called her uncle, who came and picked her up. She did not call the police.

“For seven years I stayed away from him,” Mary said. She did see Frank during public outings for their daughter, going occasionally to the park, the movies and restaurants for meals.

When their daughter was about to turn seven years old, Mary “decided to try again” with Frank, she said. “’Maybe this time will be different,’” she remembers thinking at the time. “We’re older. I know what I’ll put up with.’”

After a “honeymoon period” of several months, Mary looked at Frank’s cell phone and saw photos of him with another woman and confronted him. He began yelling at her, Mary said, grabbed her by the throat and the hair and had her on the floor, with their daughter watching. Their daughter panicked, Mary said, and called 911. Frank wasn’t arrested because he fled the scene.

A week later, Frank returned to Mary’s house. “He shows back up with a gift,” Mary remembers, telling her, “’I’m sorry. It was a fluke, I didn’t mean to do it.’”

By this time, Frank’s other girlfriend began calling Mary and coming to her house and her workplace to harass her, Mary said. Frank also had upgraded his drug use, she said. One day at Mary’s house, he became angry with her and began hitting her washing machine with a baseball bat and pouring bleach on her clothes and bedding.

Their daughter, then 8, was present and again called 911. This time, Frank was arrested and would spend the next year in jail.

“I felt like I wasn’t functioning as a normal adult,” Mary said. It was now May 2017 and, for the first time, she made contact with La Casa, Inc. domestic violence program in Las Cruces. She told her story to La Casa staff, “to see what they could help me with.” Mary remembers during her first meeting at La Casa she began telling her story and it spilled out of her like “word vomit,” she said.

Today, Frank is out of jail, has been clean and sober for two years, is on probation and is voluntarily participating in a battering intervention program La Casa offers for domestic violence offenders, Mary said. Part of what Frank is working through, she said, is the mental abuse and bullying he suffered as a child. “He was made fun of a lot so he sort of became the bully,” Mary said.

Frank has made major changes in his life for the better in the last two-plus years, she said. “He’s in transition. I want him to continue getting better.” Mary’s hope is that she and Frank can find a way to restart their relationship or at least continue successful co-parenting of their daughter, who is now 11. Their daughter has graduated from La Casa’s year-long children’s program. “I can see the difference,” Mary said. Her daughter had been holding in a lot of anger, but after participating in the La Casa program, “she’s very verbal,” Mary said.

Their daughter continues “a wonderful relationship” with her father, Mary said. “He’s always been very good to my daughter,” she said. “We function as a family now,” she said.

When she began visiting La Casa more than two years ago, “I was really broken down,” Mary said. “I’ve learned super wonderful things there.” La Casa, she said, has offered her “super wonderful support,” and a safe haven. “They never looked at me like a victim,” Mary said, seeing her instead as “a person who shared my story. I felt dignity going there instead of being judged.” La Casa’s question to Mary, she said, was “’How can we help you?’”

“I got to hear other stories,” she said. “Other couples are going through this.”

That helped Mary to find the voice to speak up for herself, she said, and the courage to set personal boundaries.

Mary has also learned from La Casa that she is okay without Frank. Unlike many victims of domestic violence, Mary has always had her own job and income, her own home and her own vehicle. She has also had support from her family throughout.

“My role there is to provide education, advocacy and support,” said La Casa Lead Nonresidential Case Manager Stacy Carbajal. “Domestic violence is a viscous cycle,” she said. “We understand that.”

Domestic violence survivors “have to feel like they’re ready to get this education,” Carbajal said. “Whenever they’re ready, we’re here to offer those supportive services,” she said.

Mary said La Casa has never pressured her to end her relationship with Frank. Instead, she said, “they gave me tools on how to make my relationship healthier,” and also to help her deal with the shame she has experienced because of the abuse.

Carbajal remembers Mary was surprised when she was told she would not have to give up her relationship with Frank to continue treatment at La Casa. “It’s your choice,” Carbajal told Mary.

La Casa helped her with creating boundaries and learning to be more assertive to create healthier relationships, Carbajal said, so Mary could decide for herself about her future.

Carbajal has been with La Casa for the past five years, she said.

Mary said she would recommend La Casa to anyone dealing with domestic violence. “You don’t have to be silent,” Mary said.