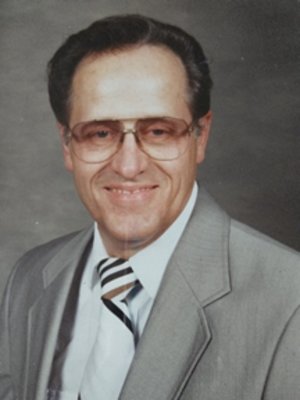 It is with great sorrow that we announce the passing of our family patriarch, Donald Alan Archer. He was 87 years old. He leaves this life to join his wife Jerean Martin Archer, his mother Dorothy Wilson Archer and his father Benjamin F. Archer, who preceded him in death.

The Lord called him home on Friday, Aug. 20, 2021 at his residence at The Village at Northrise - Morningside where he was surrounded by his sons. Our peace is in the assurance that with Jesus as his Lord and Savior, he is now at home in heaven!

Don was born in Santa Fe, New Mexico on April 5, 1934, and was raised primarily in Hatch. He attended Hatch Valley High School but completed his high school work at San Marcos Baptist Academy in Texas, graduating in 1952. He then went on to attain a bachelor’s degree in religious education from Wayland Baptist College in Plainview, Texas. He also attended Southwestern Baptist Theological Seminary in Fort Worth, Texas where he earned a master’s degree in both religious education and English. Don served his country proudly in the U.S. Army and was stationed primarily in Germany from where he and Jerean were able to travel throughout Europe. His greatest joy was singing in church and leading the choir. Don served the First Baptist Church in Silverton, Texas; Northside Baptist Church of San Antonio, Texas; First Baptist Church of Artesia, New Mexico; Taylor Memorial Baptist Church of Hobbs, New Mexico; and the First Baptist Church of Hatch. He also directed the Hatch Community Choir for a number of years.

He married Jerean Martin on August 21, 1955 (she preceded him in death on January 18, 2008). They lived their lives in service to the Lord and their faith. Don and Jerean lived in several places, but eventually returned to Hatch in 1964 where Don worked alongside his parents at the Archer Company until its closure in the early 1990s. He then worked with his dad, Ben, son Chris, and grandsons Brent and Cody at A & A Pecan Farms (5A Pecans) until his retirement in 2013.

The family would like to thank the caring staff at The Village at Northrise – Morningside, Help at Home II, LLC and Tender Care Hospice for their compassionate care of Don, especially in his final days. There are no words that can express how much we appreciate each and every one of them.

At his request, cremation has taken place. Friends and family are invited to a Celebration of Life service on September 18, 2021, at 11:00 am at First Baptist Church Hatch, 421 Franklin Street, Hatch, New Mexico, 87937.