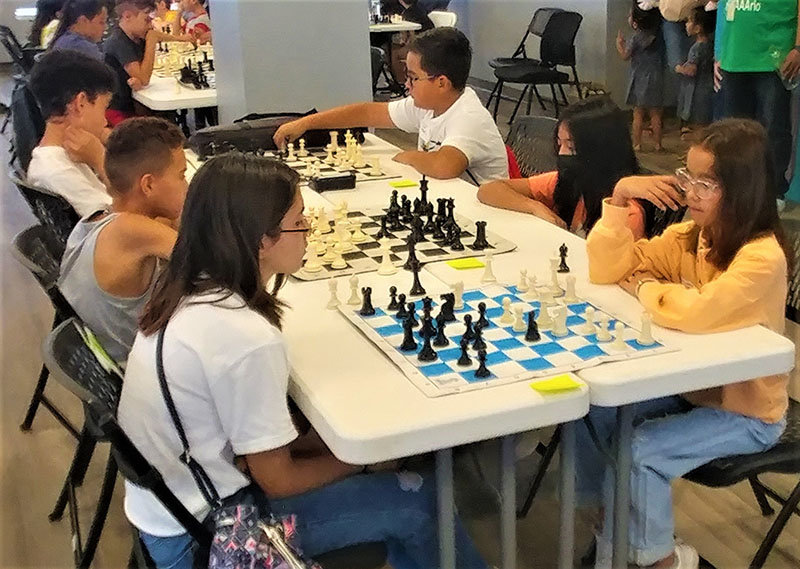 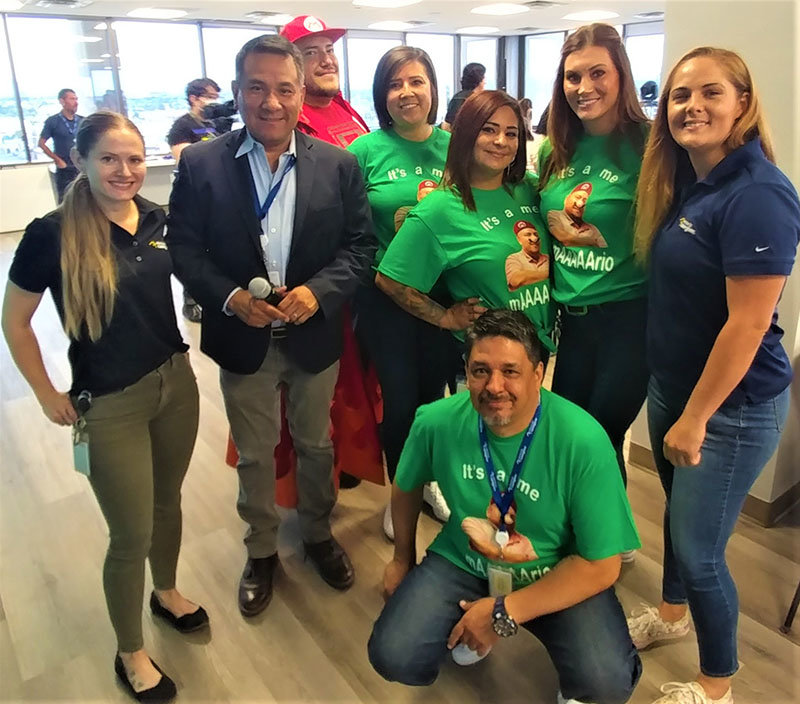 At Electronic Caregiver’s first ever International Chess Tournament are, left to right, Alexia Severson, Executive Director John Muñoz, Mario Sauceda (in red), Gabriela Armijo, Jasmine Evans, Michelle Hernandez, Nicole Pond and Margarito Nuncio (kneeling in middle). They are all Electronic Caregiver employees. Those in the green shirts showed up to support Saucedo, who participated in the tournament.
Bulletin photos by Mike Cook 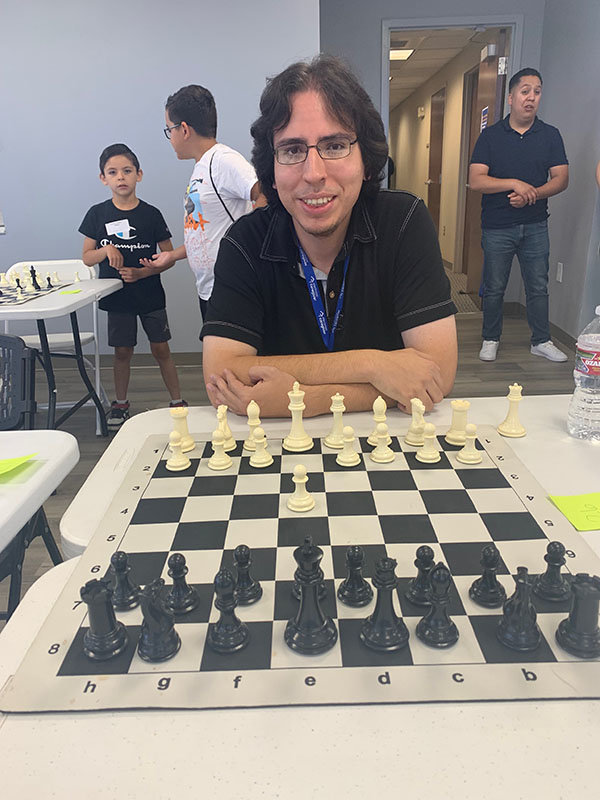 Chess players from kindergarten age to 82, including beginners and champions, gathered June 24 on the seventh floor of the Electronic Caregiver (ECG) tower in downtown Las Cruces for ECG’s first ever International Chess Tournament, which was open to the community.

“It’s just an amazing group of players,” said ECG Executive Director John Muñoz, who coordinated the tournament. “You can feel the energy.”

It began because ECG’s 250 employees include chess players, Muñoz said, and the company saw it as another great way to connect with the community of which it is a part.

“We want them to stay in our community and work here,” Muñoz said.

“It’s what we do and who we are,” said Muñoz, who is one of ECG’s chess players, along with Public Relations Specialist Jesse Vick.

The chess tournament “brings the community together,” said Vick, who has been playing chess for two decades, after his dad got him started at age 9.

Vick, a national chess expert with the US. Chess Federation, has more than 50 trophies and medals from chess tournaments he has won.

“You can play with someone across the world without speaking a common language,” he said.

When he’s playing chess, “I become a different person,” Vick said. “I put my heart and soul into the game of chess. It’s life or death for me,” he said. “You have to take every move seriously.” And, “you have to know how to win” – a player can’t relax just because it looks like he or she is on the verge of victory, he said.

Chess is a great skill for people to learn, Vick said, especially children.

The academy has 25 members ranging in age from 5 to middle schoolers, said Castillo, who has been playing chess since age 7 and coaching the game since 2011. His son, Manuel Jr., 11, is a student at Monte Vista Elementary School in Las Cruces and is excelling in chess, his father said.

“His son’s fantastic,” said Vick, who coaches the younger Castillo.

“Chess is a form of language,” Castillo said. It helps children learn decision-making skills and how to make a plan.

Kids also learn at a young age that it’s okay to lose, he said.

“You set up the board again,” Castillo said. “You don’t lose; you learn.”

Castillo said he is “forever grateful” to ECG for starting the tournament.