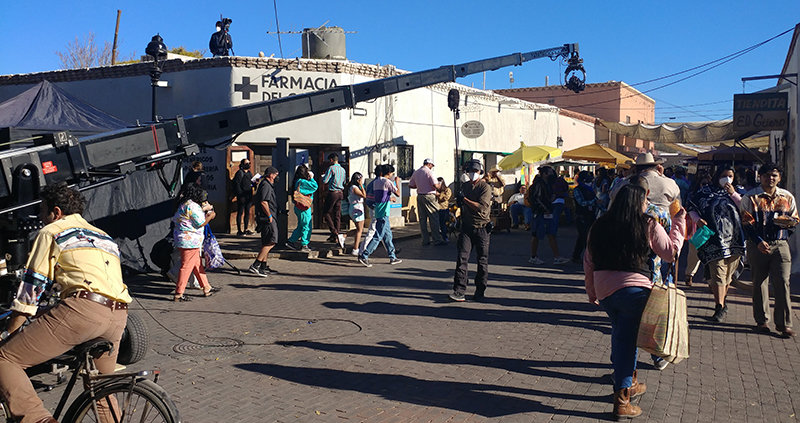 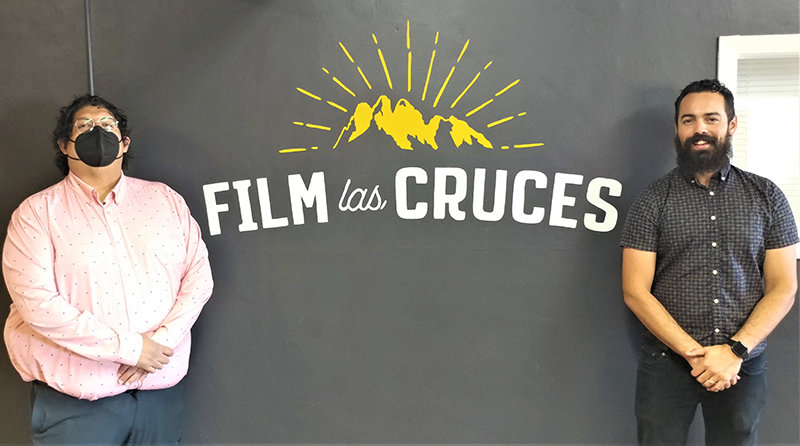 What do Mel Gibson, Bruce Willis, Kelsey Grammer, Dolph Lundgren, Kate Bosworth, Ryan Philippe and Ving Rhames have in common? They’ve all be in Las Cruces in the past 14 months filming major motion pictures.

A local film and television production boom began in April 2021, when actors Thomas Jane and Emile Hirsch came to town to film “Dig.” That was followed by Willis in “The Knight,” Gibson in “Hot Seat” and Philippe, Bosworth and Rhames in “The Locksmith.” Lundgren and Grammer were here filming “Wanted Man” earlier this year.

Other major productions in Las Cruces and Mesilla since last spring have included “Chupa,” “The Price We Pay,” “Bad Hombres” and “Squealer.” And, four years ago, Clint Eastwood made his second visit to Las Cruces (the first was in 1968 for “Hang ‘Em High”) to film the blockbuster “The Mule.”

And, Netflix has been in the Las Cruces-El Paso area since May shooting a reality television series, said Las Cruces Film Liaison Jonathon Sepp.

For the fiscal year that ended June 30, film and television production has generated almost $8 million in direct spending in Las Cruces and Doña Ana County, Sepp said. That is the biggest year ever for the city and county. In second place is FY2019, when spending totaled $2.6 million.

And there is a more coming.

Sepp and Assistant Film Liaison Andrew Jara were engaged in more than a dozen “active conversations” about film and TV productions interested in Las Cruces when Sepp spoke to the Bulletin in mid-June, and he had held a half-dozen telephone conversations with feature film producers the week before, Sepp said.

The key, he said, is to get producers and location scouts to come to Las Cruces. The locations, the quality of crew and the welcome they will receive in the city and throughout the county will show them “why Las Cruces is such a great place to film,” Sepp said.

“The reputation of our film office and our locations is starting to blossom and pay off for us,” said state Sen. Jeff Steinborn, who is president of Film Las Cruces (FLC), the nonprofit created in 2015 to support and expand the film and media industry in the city and county.

Local production has also benefited from the five percent tax credit offered to producers who make films and television shows at least 60 miles outside Bernalillo and Santa Fe counties, Steinborn said. He guided a bill through the New Mexico Legislature in 2019 that added the additional five percent credit to existing tax credits the state offers filmmakers.

“It’s all about incentives in the film industry,” Steinborn said. “Even the biggest-budget films are cost conscious,” he said, looking for places “where they can make their film on a budget.”

“Las Cruces is one of the very best places to film in America for an independent or major filmmaker,” Steinborn said. “Our job is to get that story out and to keep getting that story out.”

Filmmakers, he said, “tend to go back to a place they have comfort with. We are definitely seeing that.”

Film producers who have worked in Las Cruces and Doña Ana County “are becoming our newest ambassadors,” Steinborn said. “We will literally stop at nothing to make them feel great about their time in our community.”

Another encouraging development, Sepp and Steinborn said, is the increase in locally based union members. There were about a dozen IATSE Local 480 (New Mexico’s largest film union) members in Las Cruces and Doña Ana County a year ago, Sepp said, and that number has grown to at least 30.

The bigger the local crew, the more attractive the area is to film producers, Sepp said, because they won’t have the added expense of bringing in their own. A single production could employ 75-200 crew members, Sepp said.

For example, when “Bad Hombres” was filmed in Las Cruces last year, it employed approximately 125 crew members, 20 principal actors and 30 background and extras – all from New Mexico.

“There’s lots of activity in the training world,” Sepp said. “Seeing the crew base grow has been incredible.”

FLC “has great relationships with both schools and their film programs,” Steinborn said.

“On a personal level, from the very beginning of working on film economic development, it broke my heart to see our kids and young filmmaking talent have to move away for work,” Steinborn said. “The dream was always to be able to help them achieve their dreams here in this town. Local people working … is personally one of the most satisfying things to see happening.”

“What helps (build the local crew base) is bringing in a steady stream of work,” Steinborn said. “That’s where this last year has been really huge for us. We need to just keep it going and constantly working to bring the next show in.”