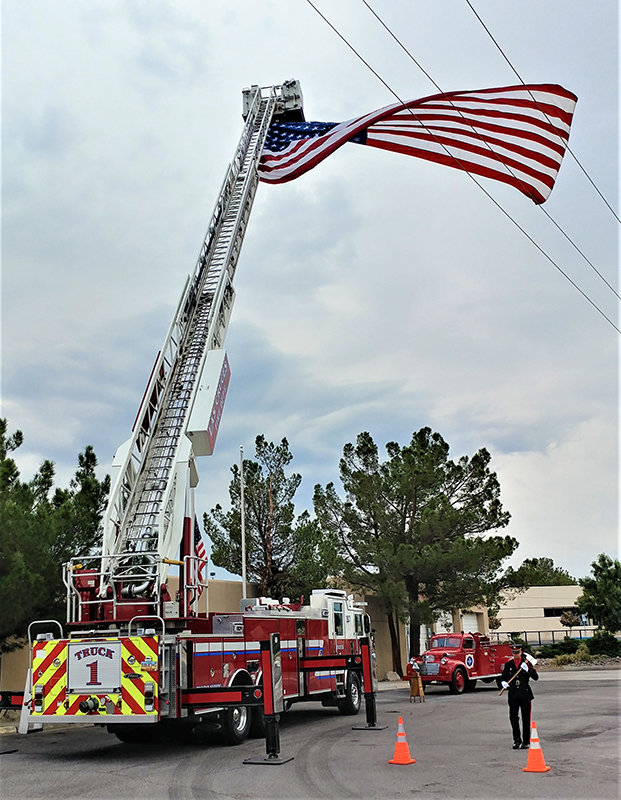 It marked 21 years to the day and minute after American Airlines Flight 11 crashed into floors 93-99 of 1 Word Trade Center (North Tower).

Among those on hand at Fire Station No 1. was David Perez, a retired New York City police officer who was 20 minutes away from World Trade Center when the attacks occurred.

Perez, who retired from NYPD Feb. 29, 2020, and moved to Las Cruces with his wife, was home with a broken ankle (a sports injury) at the time of the 911 attacks and was unable to respond.

Perez said he suffers from survivors’ guilt because he couldn’t be at the scene with his fellow officers.

“I really did wish I was there,” said Perez, who is now a security guard at Mesa Middle School in Las Cruces. “If I was able, I would have been there in a heartbeat.”

When he learned of the attacks, Perez said he went to the roof of the building in which he was living in Bensonhurst, a residential neighborhood of Brooklyn, New York, where he watched the collapse of the North Tower.

“It was so ominous,” Perez said, “So quiet. Businesses were closed. There was nobody on the street.”