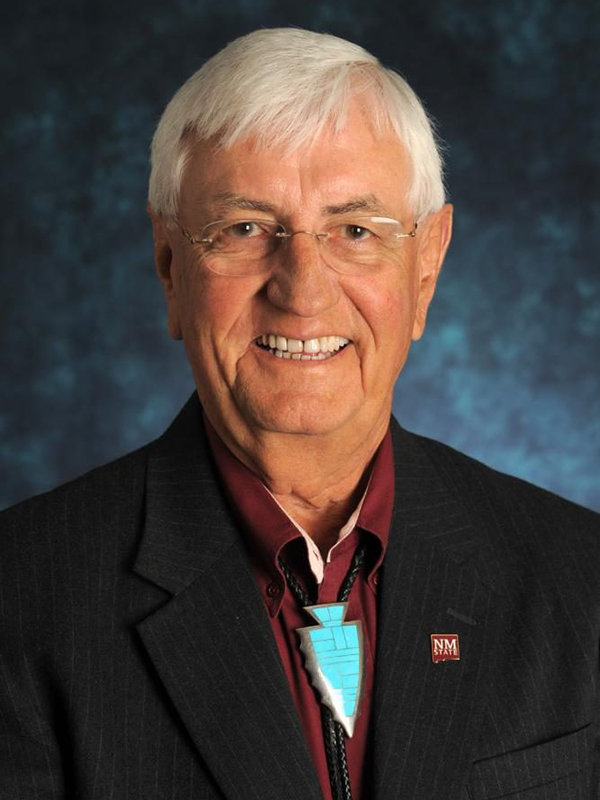 “Focus on the personal side of being the governor of the state of New Mexico. That would bring us together more than we are right now.”

That is the advice former New Mexico governor and NMSU Chancellor Garrey Carruthers has for Mark Ronchetti if the Albuquerque Republican is elected governor in November.

Carruthers, also a Republican, said he frequently walked on the floor of the New Mexico state Senate and House of Representatives during legislative sessions while he was governor, 1987-90, talking to legislators and leaders from both parties. He also made time on his schedule for any legislator, Republican or Democrat, who requested a meeting during the session or at any other time.

Carruthers also kept one Saturday morning a month open for 15-minute appointments at the governor’s mansion in Santa Fe for anyone who wanted to come and see him to talk about any issue.

“People here expect to go see the governor,” he said. “They want to be heard.”

Carruthers also regularly held what his administration called “government days” in towns and cities across the state, taking cabinet secretaries and other officials with him to meet with residents and visit their communities.

Whenever he met with a constituent, Carruthers said he made sure a staff member was present so there could be immediate follow up on any issue raised during the meeting.

And, Carruthers said he was always honest about any requests or demands people made when they met with him.

Carruthers said he would also advise Ronchetti to reorganize state government and reduce governor’s cabinet positions to “a reasonable number.”  There are today nearly twice as many cabinet secretaries as when he was governor, Carruthers said.

For the secretaries of the most important departments, the former governor said he would advise Ronchetti to “look for the best professional people you can find and don’t worry about party affiliation.”

Carruthers said he appointed several Democrats to his cabinet, and retained some from the administration of the previous governor, Democrat Toney Anaya.

When he interviewed Lane Cotter, who would become his Corrections Department secretary, “I didn’t ask his party affiliation,” Carruthers said.

If he becomes the new governor, Ronchetti also needs to take advantage of the record state budget surplus expected for the 2023 legislative session, Carruthers said.

“Now is the time to restructure the state’s tax system,” he said, to make it “equitable and fair and not so complex.”

Carruthers said he served on a tax reform task force for former Gov. Bill Richardson and would be willing to do so again.

On the national level, “to pull back together,” Carruthers said, what the country needs “is a 50-year-old Ronald Reagan who can advocate a Republican agenda” of law and order and fiscal restraint.

The GOP has always stood for a balanced budget, freedom of speech, a strong military and free enterprise, he said, and those initiatives are “very sound and still relevant to America.”

Now, however, “We’re not hearing those voices,” Carruthers said, even among moderate and conservative Republicans. “We need to go back to those principles; go back to Lincoln,” he said. “It’s a good map of where the party ought to be.”

Carruthers voted for Trump in 2016 because he thought “the change might be what we needed,” he said.

But Trump was “incredibly disappointing to me as president,” Carruthers said. Trump “did not represent the people. The one thing he represented was himself. We’ve never had people call their political opponents the names he called them.”

Even so, Carruthers remains a staunch Republican. He was state Republican Party chair 1977-79.

“I would never leave the party,” he said.

There are still “all kinds of principles Republican candidates can run on,” both in New Mexico and across the nation, Carruthers said.

But political campaigns have become so adversarial and mean-spirited, he said, “I’m glad I’m 83 years old and don’t have to go through that.”

From 1981-84, Carruthers served in two administrative positions at the U.S. Department of the Interior. After serving as dean of the College of Business, he was NMSU president and chancellor 2013-17.