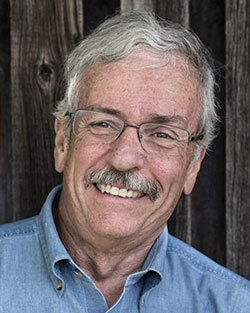 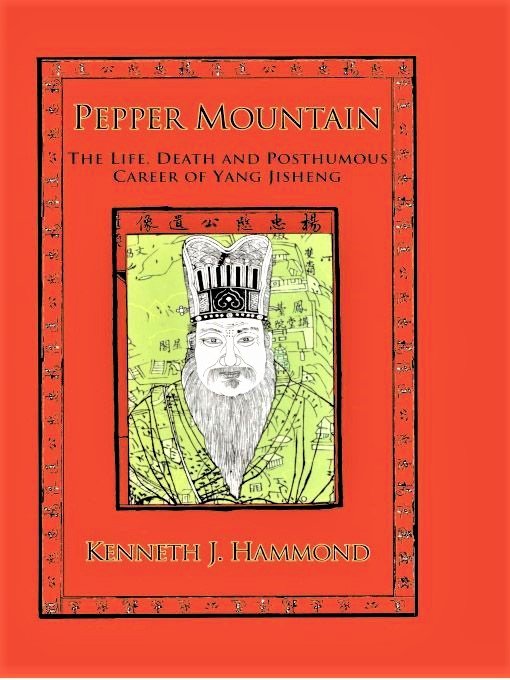 “I believe in the people. I believe in democracy,” New Mexico State University government professor Kenneth Hammond said in an August interview.

And, while he is not a fan of the Joe Biden presidency or of former president Donald Trump, Hammond is optimistic about America and looking forward to both this year’s election and the 2024 presidential race.

“I’m totally a half-full guy,” said Hammond, who has a bachelor’s degree in history and political science from Kent State University, a master’s degree in regional studies/East Asia and a Ph.D. in history and East Asian languages, both from Harvard. He came to NMSU in 1994.

An Ohio native, Hammond’s first political campaign was in 1967, when he was 17. He oversaw youth activities for Carl Stokes (1927-96), who was the first Black mayor of a northern U.S. city elected since the Civil War, Hammond said.

“It was an amazing summer,” he said, walking the streets of Cleveland as part of Stokes’ campaign.

Hammond has voted “in every election I ever could,” he said, missing only a local hospital initiative in 1980.

“People have to vote,” Hammond said. “Otherwise, somebody else makes those decisions for you.”

Hammond supported Party for Socialism and Liberation candidate Gloria La Riva in the 2020 presidential election “because she represents a real alternative for American politics,” he said shortly before that election.

New Mexico governor’s race: Hammond expects Gov. Michelle Lujan Grisham to be re-elected in November, in part because of the way she “shepherded us through COVID as one of the outstanding state leaders in the country,” he said. “I was very glad to be in New Mexico.”

The way the district was redrawn by the Democratic-controlled New Mexico Legislature following 2020 redistricting could also help Vasquez, he said.

New Mexico legislative races: Hammond expects Democrats to maintain control of the New Mexico House of Representatives in November. They currently hold a 44-24 advantage over Republicans in the House, with one declined to state and one seat vacant after the July resignation of state Rep. Debbie Armstrong, an Albuquerque Democrat.

Democrats hold a 26-15-1 advantage in the New Mexico Senate. No senators are on the ballot this year.

Biden and Trump: Biden is “not demonstrating … effective leadership,” Hammond said. “There is not a lot of strong leadership in the Democratic Party,” he said. Vice President Kamala Harris also “hasn’t been very impressive,” he said.

Trump “is not being as influential as he wishes he was being,” Hammond said. There are signs that some Republicans “see him as too much out for himself.”

Americans were “mesmerized” by the June and July hearings of the U.S. House of Representatives Select Committee on the January 6 Attack, Hammond said. It was “the best political drama since Watergate. How does that translate to how people vote?”

No American president has ever been indicted, Hammond said, but Trump could be the first, taking the hearings “from theatre to something with a little more teeth.”

Trump lost the 2020 presidential race by six million votes, Hammond said, and is likely to lose again if he is the Republican nominee in 2024, “even in the pathetic scenario of Joe Biden running again.”

“I don’t know if either side is going to be totally enthused” in a Biden-Trump rematch, Hammond said, “except hating the other side. It’s such a pathetic stage for American politics. Can’t we do better than that?”
Russia and Ukraine: The war between Russia and Ukraine that began with Russia’s invasion in February “may last for a long time, and that’s a terrible thing,” Hammond said. “It should have been resolved diplomatically,” he said.

The invasion has “historical roots,” and is “not just mindless aggression on the part of Putin.”

It came about in part because Putin feels threatened by the expansion of NATO, Hammond said.

The response from the U.S. government has been to try to “take (Russia) down a peg or two,” he said.

“I wish we would back off,” Hammond said.

Despite U.S.-led sanctions, the Russian economy has not collapsed, he said. The oligarchs that control Russia are “still making enough,” and are not likely to try to remove Putin from power.

“Ordinary Russians have gone back to business as usual,” he said. They are “not feeling this as a deep crisis. They are not on the very edge of the abyss.”

With the support it is receiving from the West, Ukraine “can drawn (the war) out for a long time,” Hammond said.

American sanctions against Russia are not being supported by a number of countries, including China, he said.

The Chinese “are not buying the American line” on the Russia-Ukraine war, Hammond said. But, they are “not happy with Ukraine,” Hammond said, and have called for negotiations to end the war.

The U.S. is trying to slow the growth of the Chinese economy, Hammond said, but, “We can’t hold back the tide of history.”

The Chinese, he said, are “a creative, innovative, hard-working people, just like we are. Why can’t we work together?”

Professor Kenneth Hammond specializes in the history of China in the Early Modern period, especially the 16th century, according to his NMSU biography. He has been a research fellow at the Institute of History at the Chinese Academy of Social Sciences in Beijing, a visiting fellow at the International Institute for Asian Studies in Leiden, the Netherlands and co-director of the NMSU Confucius Institute. Hammond has been affiliated with the Max Planck Institute for the History of Science in Berlin since 2017 and has been a lecturer for the National Geographic Society and the Smithsonian Institution in China, Central Asia and Southeast Asia.