Hearing loss center has clients ranging from infancy to elderly 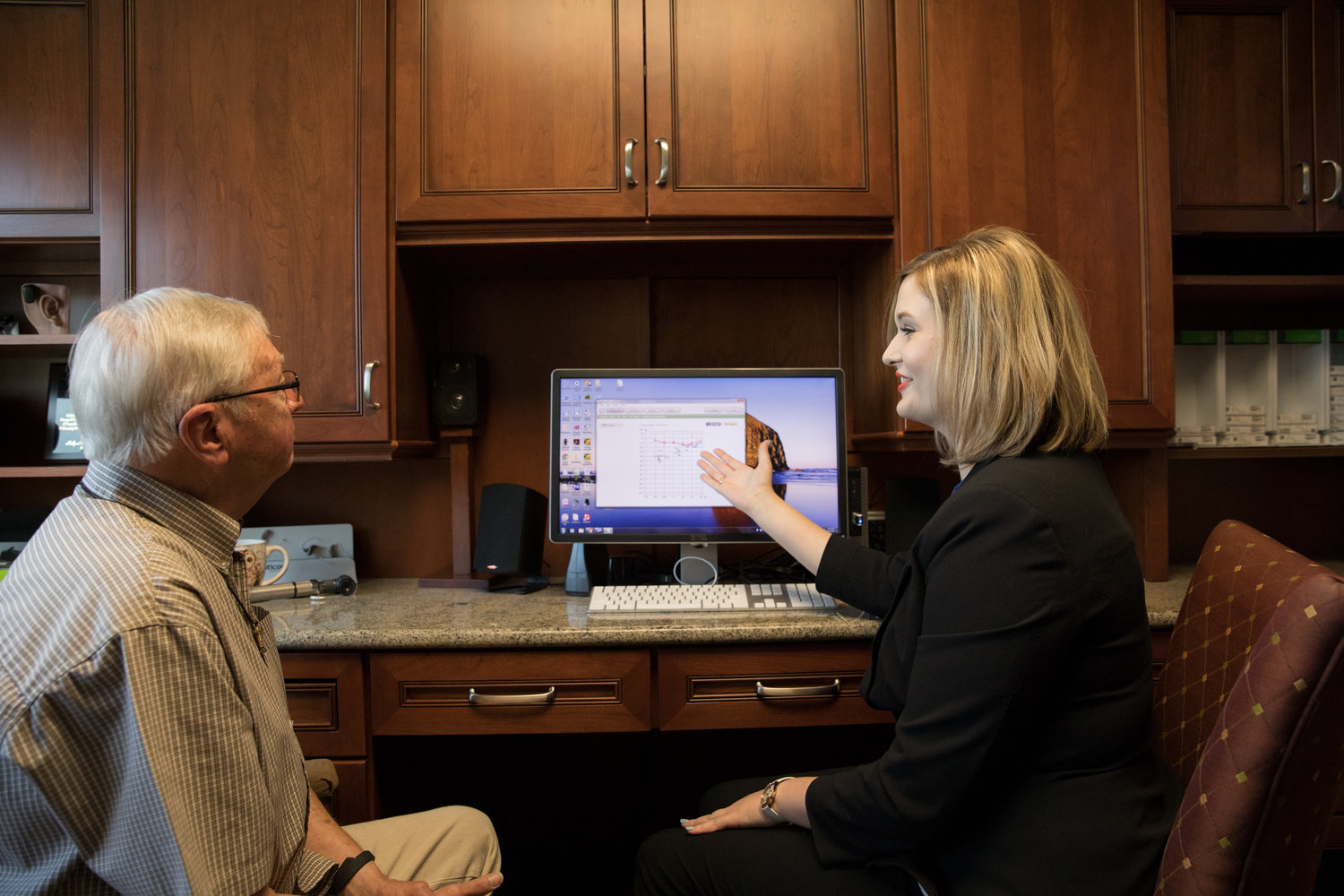 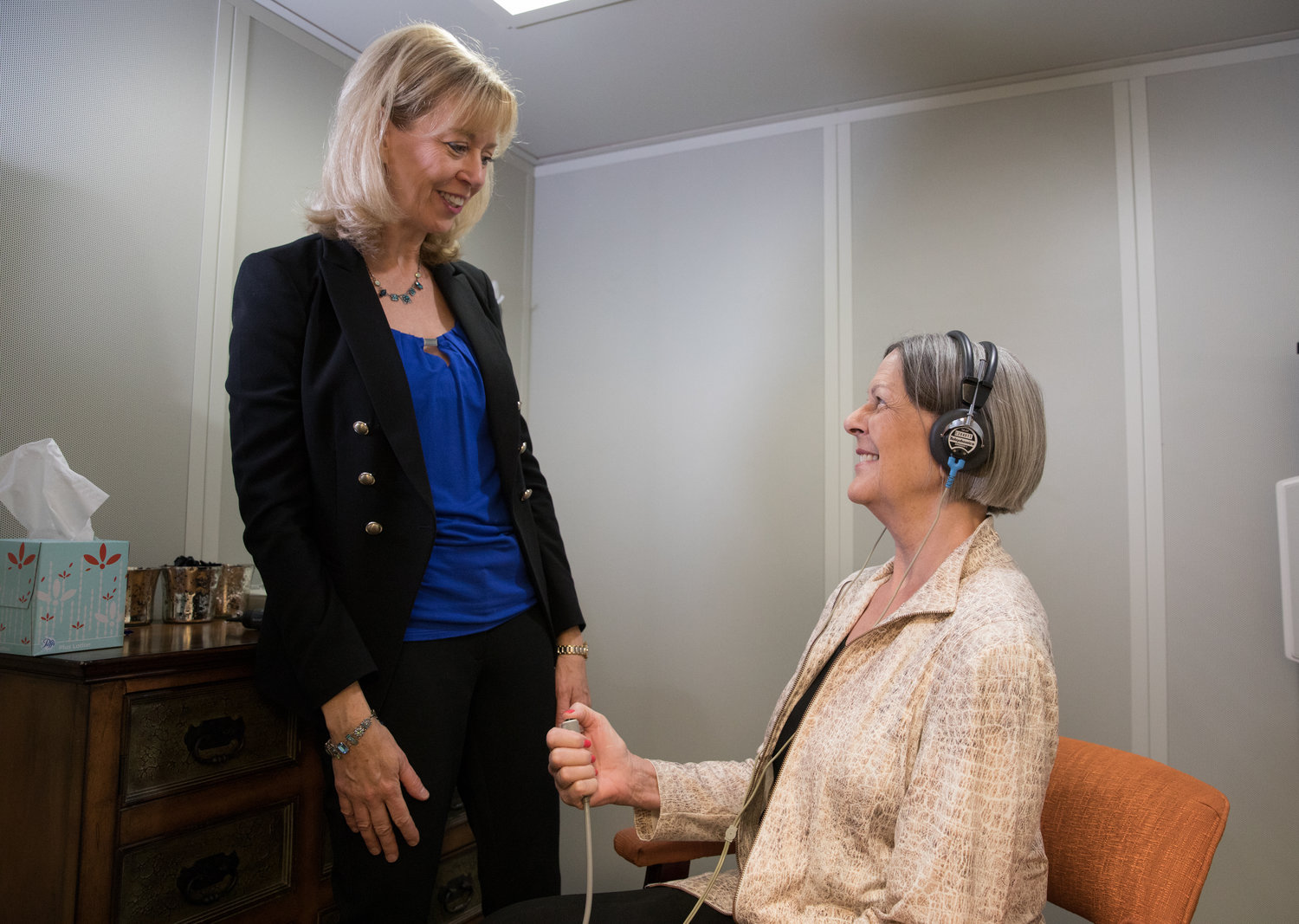 The decibel is “a unit used to measure the intensity (relative loudness) of a sound or the power level of an electrical signal by comparing it with a given level on a logarithmic scale,” according to Oxford Languages.

The term originated from measurements of telephone and telegraph signal loss. Until the mid-1920s, the standard unit of loss measurement was miles of standard cable (MSC). Bell Telephone Laboratories replaced MSC with transmission unit (TU) in 1924, and TU was replaced in 1928 by bel (in honor of Alexander Graham Bell (1847-1922), the Scottish inventor who patented the first working telephone and was co-founder of the American Telephone and Telegraph Company (AT&T).

A decibel (dB) is one-tenth of a bel.

Normal conversation is about 60 decibels, according to the national Centers for Disease Control and Prevention. A gas-powered lawnmower is 80-85 decibels, a motorcycle is about 95 decibels, loud music is around 105-110 decibels and firecrackers are 140-150 decibels.

“The unit ‘decibel’ is used because a one-decibel difference in loudness between two sounds is the smallest difference detectable by human hearing,” the website said.

Although the tipping point for hearing loss is often “aging-related changes to the auditory system,” owner and audiologist Dr. Kelly Churchill said, EHC has clients from infancy to 105 years old.

A baseline hearing test is the starting point for every client, Churchill said.

That test will determine if there is hearing loss, how significant it is and what steps can be taken to address it, Churchill and Lambert said.

The test can also identify tinnitus (persistent ringing in one or both ears), cerumen (earwax) buildup and other issues that may affect the quality of hearing.

In addition to aging, hearing loss can be caused by heredity, disease and prolonged or even one-time exposure to high decibel sounds like fireworks, gunshots and loud music.

Approximately 15 percent of American adults (40 million) aged 18 and over report some trouble hearing, according to the National Institute on Deafness and Other Communication Disorders (NIDOCD).

The institute also reported that fewer than one-third of adults aged 70 and older who could benefit from using a hearing aid had ever used one. The percentage is about half that for adults ages 20-69.

For many people, Churchill said, hearing loss may come on so slowly that they aren’t even aware of it. Indicators include finding yourself frequently asking others to repeat what they have said or someone asking why your television is turned up so loud.

Churchill’s husband, Chris Churchill, a professor in the Astronomy Department at New Mexico State University, said he began experiencing hearing loss in his 30s, probably as a result of exposure to loud music.

When there was a lot of background noise, Chris said he “would lose all speech clarity,” and found himself withdrawing from conversations to avoid embarrassment and trying to guess what someone else was saying and how he should respond.

For Chris, the answer was a hearing aid.

“It opened the world up to me,” he said.

In addition to improving communication and relationships, a hearing aid can also help with cognitive issues that can be negatively impacted by hearing loss like memory and reasoning, Kelly Churchill said, along with balance (hearing impaired people are more likely to fall, she said). It can “reorganize the brain in a way that makes the risk of dementia lessen,” she said. It also reduces stress and exhaustion that result from “the effort that it takes to hear” for people who must “work harder to decode what people are saying.”

Chris Churchill said he wears his hearing aid all “because it keeps my brain healthier.”

Every EHC patient who needs it will get a treatment plan, Lambert said. For those who need a hearing aid, EHC has a wide range of products to choose from, including Bluetooth devices, in-the-ear and behind-the-ear models and invisible in-the-canal models. Prices range from about $1,500-$3,500.

Medicare and most insurance policies usually cover the cost of a basic hearing test.

“We’re super passionate about making a difference in people’s lives,” Kelly Churchill said. “We find a way to help patients and give back to our community.”