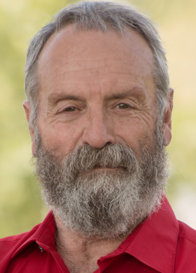 “I want to see some improvement in education,” Henry Young said in an interview.

That’s why Young applied for an appointment to an open seat on the Las Cruces Public Schools Board of Education earlier this year, and that’s why he decided to run for the seat when he didn’t get that appointment.

It’s Young’s third bid for local public office. He ran unsuccessfully for state representative and for school board in the 1990s, losing the school board race by 12 votes, Young said. He also has volunteered on local campaigns.

Young is running in LCPS District 2 against Pam Cort, who was appointed to the seat in July, following the resignation of Terrie Dallman. Cort, Young and three others applied for the position and were interviewed by the LCPS board at Las Cruces High School before the board selected Cort. Cort will complete Dallman’s unexpired term, through Dec. 31, and either she or Young will begin a four-year term representing District 2 next January.

Young said he had the best interview of the five candidates but wound up ranked fourth in the board’s final vote.

Young said Covid and the enforcement of state public health orders have polarized the school district but have also meant that more people are attending and speaking at school board meetings.

“I’m excited due to the return of parent engagement,” Young said. “There is more public engagement than there’s been in a long time, which is good.”

That kind of engagement is something Young said he would like to see continue in Las Cruces. Today’s students “will be voting in just a few years,” Young said, and they should be “educated and aware of all public affairs. This, in general, is really important to our future,” he said.

The board’s adoption earlier this year of Policy JBC: Equity and Excellence for All Students, is another issue that is causing polarization within LCPS, Young said.

The policy itself is not the issue, he said, because it is only a framework. It is how the policy is implemented in classroom curriculum that he and others are most concerned about, Young said, because it could be used to support critical race theory, pit one race against another and bring about progressive social changes in the schools.

Instead of unifying cultures, the policy is “actually causing division,” Young said.

With the correct guidelines, he said, culture-based learning is possible “without the race problem occurring.”

Young said he has met with LCPS Superintendent Ralph Ramos and “has gotten to respect him. I think he’s a good man,” Young said, adding that Ramos’ ideas will “greatly benefit the school system.”

Young said District 2 is LCPS’ largest board district, containing about a dozen schools.

Young said he would support taking school board meetings out of the board room and holding them in schools throughout the entire school district.

Young said his candidacy for the school board is backed by the Doña Ana County Republican Party, but he is running for the board as a conservative, not as a Republican.

Young said he is knocking on doors and talking to parents and community members as part of his school board campaign.

“What we’re trying to do is just wake people up,” Young said. “You’ve got to get out and vote. If we start at the grass roots, we will see change higher up.”

Young worked in several local lumber yards and became a pastor more than 30 years ago. He was named chaplain at Las Cruces Gospel Rescue Mission (GRM) and became GRM executive director in January 2017, following the retirement of Bob Jeska.