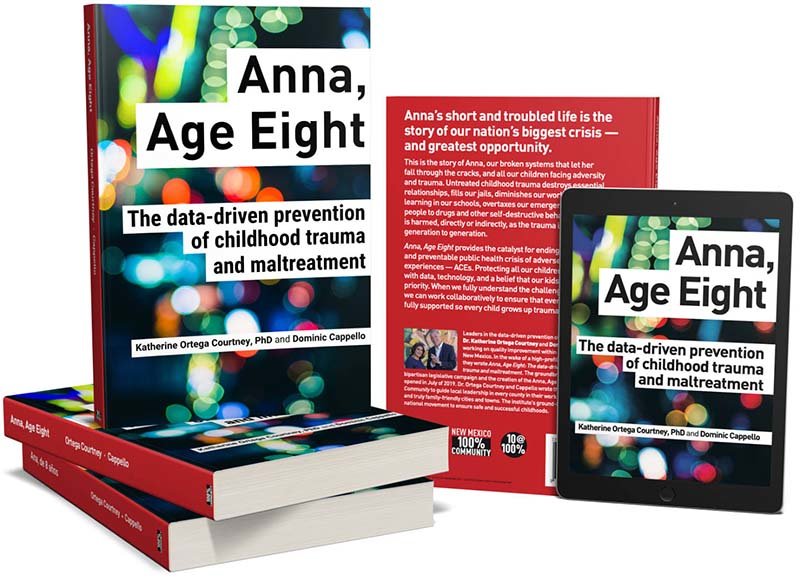 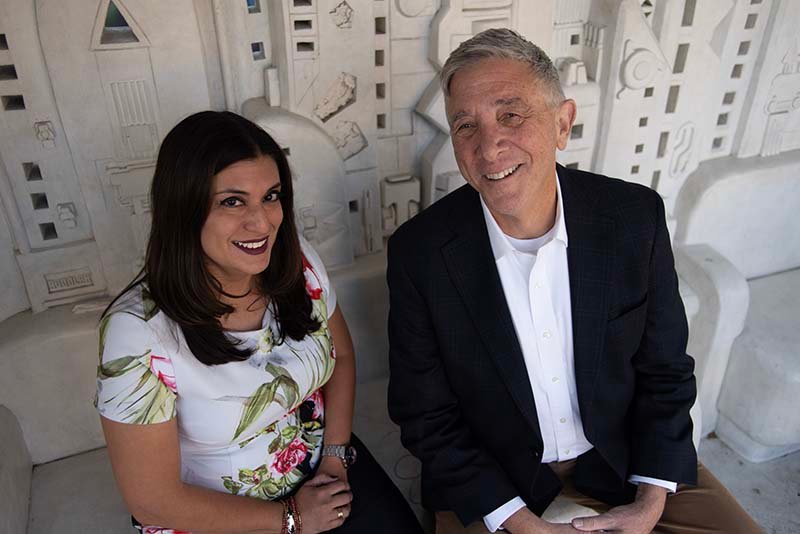 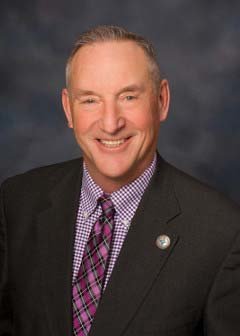 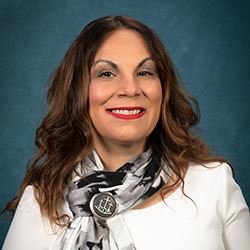 Kasandra Gandara
City of Las Cruces photo
Previous Next
Posted Thursday, May 13, 2021 12:02 am
By Mike Cook

“NMSU is a nice fit,” said state Sen. Bill Soules, a Las Cruces Democrat who has been AAEI’s strongest advocate in the New Mexico Legislature.

They “have been excellent partners for us,” said Las Cruces Mayor Pro Tempore Kasandra Gandara, a leading advocate for the program locally and nationwide.

NMSU has been able to “open up doorways for us,” institute Co-Director Dominic Cappello said.

AAEI takes its name from “Anna, Age Eight, The Data-Driven Prevention of Childhood Trauma and Maltreatment,” the 2017 book that Cappello and Courtney co-authored.

The book details the life and death of a fictional 8-year-old girl who is based on a real child Cappello and Courtney knew about while working for the New Mexico Children, Youth and Families Department. The girl was passed back and forth eight times between her mother’s custody and state care before being kicked to death by her mother, Cappello said.

AAEI’s goal is to ensure that “children, students and families are trauma-free and empowered to succeed,” according to the institute’s website. Its focus is adverse childhood experiences (ACES), which include physical and sexual abuse; neglect; living in an environment of parental conflict; substance abuse and violence; and other traumatic experiences “that have devastating effects on the future health and prosperity of children,” said Soules, who has a Ph.D. in education and psychology and is chairman of the state Senate Education Committee.

A score of three or higher on a widely used survey of 10 ACES could indicate serious long-term health problems for a child, Soules said, including physical and behavioral health issues, substance abuse, learning difficulties, the inability to hold a job and even a significantly shorter lifespan.

An ACES survey that Soules did a couple of years ago in an Advanced Placement psychology class he was teaching at Oñate High School showed some students with scores of 7s and higher. One student scored a 10.
“I was tearing up,” said Cappello, who scored a five out of 10 when he took the survey. “Here’s a young man with 10 ACES who gets up and gets to class. This is at the heart of what we do. We have literally traumatized students doing their darndest. They have to get access to behavioral health services.”

Identifying local behavioral health and other critical services – and the gaps in those services – is the first step AAEI takes in each county it services, Cappello said. It also starts a local book club to discuss “Anna, Age Eight” and “100% Community: Ensuring 10 Vital Services for Surviving and Thriving” that Courtney and Cappello also co-wrote.

Through its 100% New Mexico Initiative, AAEI focuses on those 10 vital services: medical/dental care; behavioral health care; food; housing; transportation; parent supports; early childhood learning; community schools; youth mentors; and job training. Cappello and Courtney work with local stakeholders and community leaders to build action teams to identify service providers, how to connect with them and what to do if services aren’t available locally.

AAEI “is not just coming in and doing a workshop. We’re coming in to build an infrastructure,” Cappello said. “This won’t work without a buy-in.”

Las Cruces/Doña Ana County has become AAEI’s flagship, in part because it has “buy-in at the highest level,” Cappello said. The effort is led by Gandara, a licensed social worker with a passion for children and families who is in her sixth year as a member of the Las Cruces City Council.

“We are a community problem solving,” Gandara said. “Prevention is a big deal.”

The three-year effort to build a program in Las Cruces has “awakened the city council,” Soules said. AAEI still has “some frustrations” with Doña Ana County, which is not fully on board, he said.

The key to success, Soules said, is to find a local leader like Gandara who is fully committed to the program’s success.

AAEI now has programs in 10 of New Mexico’s 33 counties. Soules plans to introduce a bill during the 2022 legislative session seeking an additional $5 million in funding to help AAEI add more counties.

In each county, “champions come together, read, discuss goals and strategies” and develop an action plan, Cappello said. “From there, it unfolds. This is a long-term product. We’ve got to build relationships. We will help them over the next decade or two to get the infrastructure built.”

Teams focused on each of the 10 vital services use analysis collected by AAEI in county surveys to remove the barriers, she said.

“The 100 Percent New Mexico Initiative is a first-of-its-kind strategy, empowering city and county governments to take a leadership role in replacing barriers with opportunities for access,” Courtney said.

Catron County has reached out to AAEI about beginning a program there, Courtney and Cappello said. It is the state’s largest county geographically but has fewer than 3,500 residents. Like many rural counties in the state, it lacks public transportation.

“Should we have a set bus route, or should we be subsidizing Lyft and Uber?” Cappello asked. “Let’s experiment. Let’s try something new. If we get successes, that’s the way to go.”

Courtney said Covid-19 has also shown “how much can be done from home. I think there’s a lot of opportunity now to connect people with services that wasn’t possible maybe a year ago.”

That means a critical part of the institute’s work in member counties may center around ensuring that people have Internet access, Cappello said.

The pandemic has also shown that connecting people to vital services through AAEI is “more important than ever,” Gandara said.

And, in the long term, dealing with ACES will be less costly than continuing to pay for incarceration, police services, emergency-room care, food insecurity, job absenteeism and poor performance in school, Soules said.

“The institute has never been done before,” Cappello said. “What is new is to get 10 leaders of all 10 sectors in one room and say, ‘How do we serve 100 percent of our residents?’ What we’re taking on is groundbreaking and historic, and absolutely needed. We’ve got to use the term ‘100 percent’ – we’re not leaving anyone out.”

Take the 10-question survey at https://pinetreeinstitute.org/aces-test/ to determine your ACES score.