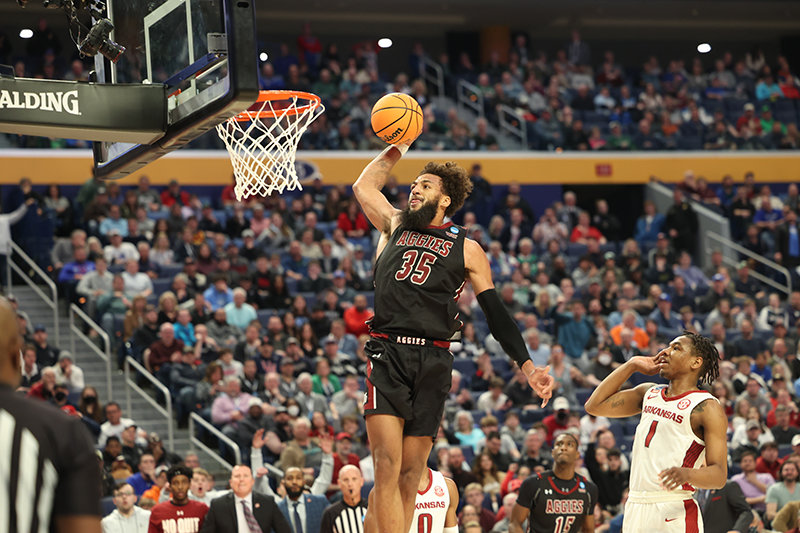 Johnny McCants is also slated to be part of the Panamaniacs team in ESPN’s The Basketball Tournament this summer.
COURTESY PHOTOS FROM NMSU ATHLETICS 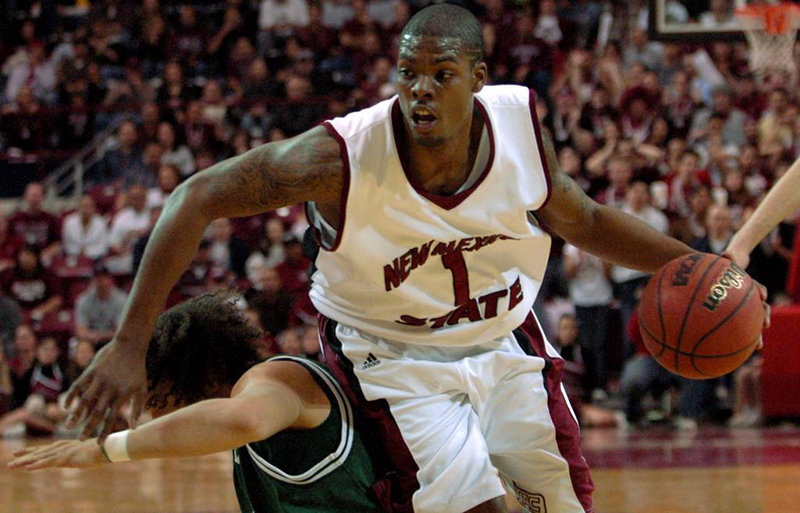 Justin Hawkins, who played for NMSU in 2006-08, is scheduled to play for the Panamaniacs this summer.
COURTESY PHOTOS FROM NMSU ATHLETICS
Previous Next
Posted Wednesday, June 29, 2022 4:53 pm
By Dave Burge

If you can’t wait until November for the start of college basketball season and want a taste of New Mexico State University hoops this summer, you are in luck.

A team of NM State alumni, calling themselves the Panamaniacs, will play in The Basketball Tournament, a $1 million, winner-take-all summer event that will be broadcast on the ESPN family of networks.

The Panamaniacs will play in the New Mexico Regional July 18-21 at The Pit in Albuquerque, making it an easy drive for fans in Las Cruces and the southern part of the state to make the trip.

Their first-round game is also sure to fire up some interest around the state. The Panamaniacs will face the Enchantment, a team of University of New Mexico alumni. That game is scheduled to be the nightcap of four games of action at 8 p.m. July 18.

“This is taking place in a traditional quiet time for college athletics,” Moccia said. “In August, you start ramping up for football season. In those quieter times, it is great to have things that remind people of Aggie athletics. Even if it is basketball and it’s alums, it is great to say, ‘Hey, in seven weeks, we have our home opener in football (Aug. 27 vs. Nevada).’”
These type of events can help to increase the exposure of New Mexico State athletics and its former players and can be used as a way to stay connected with alumni living in the Albuquerque metropolitan area and the northern part of the state, Moccia said.

Moccia said he will rely heavily on his assistant coaches – guys like William Benjamin, Billy Keys and Preston Laird – to do the real coaching.

“They will do the heavy lifting,” Moccia said. “I’m just happy to be involved in this.”

Moccia said participating in these kinds of events is crucial for New Mexico State to keep itself in the public’s eye.

“We don’t have the luxury of being in an El Paso or Albuquerque media market with 700,000 or 800,000 people with multiple television stations and radio sports talk shows,” Moccia said. “We have to go the extra mile to keep Aggie athletics on the tip of everyone’s tongue so that is one of the reasons why I said I’d love to participate in this.”

The Panamaniacs are seeded No. 5 in the New Mexico Region and the Enchantment is seeded No. 4.

The winner of the New Mexico Regional will advance to Championship Week July 28-Aug. 2 in Dayton, Ohio.

The tournament will have 64 teams playing in eight regionals. Play will be five on five and full court.

For more information on the Panamaniacs, The Basketball Tournament or how to get tickets, visit TheTournament.com.