Keep your cool on the course ... literally 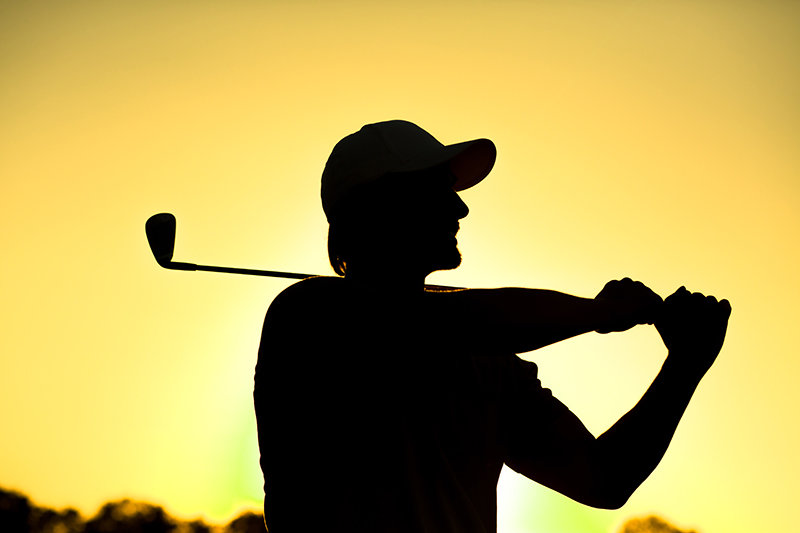 As with other outdoor activities in the summer months, golfers need to pay full attention to the dangers posed by prolonged exposure to sun, heat and humidity.
Courtesy photo
Posted Friday, July 29, 2022 10:22 am
By Charlie Blanchard

As I write this column, I have finished my 18-hole round of golf a couple of hours ago when the temperature reached a high of 106 degrees. It was several degrees higher than that in the blistering noonday sun.

It was dangerous, sure, but our group stayed hydrated and lathered on plenty of sunscreen. It seems the entire country is under a weather heat alert – they call it a “heat wave.” This is even threatening the nation’s power grid - and it is going to stay that way probably until the end of summer. I originally figured we were “out of the woods” when our steady 100-degree days backed off in late June. But I’m overdue with this hot weather article.

As with other outdoor activities this time of year, golfers need to pay full attention to the dangers posed by prolonged exposure to sun, heat and humidity.

One is sun poisoning, which can occur in people exposed to intense sun they are not used to, such as folks visiting here who live in northern climates where sunshine ultraviolet rays are less extreme. Prolonged or intense exposure to extremely hot temperatures can lead to heat exhaustion, heat cramps and potentially heat stroke.

Heat illness occurs when the body loses large amounts of absorbed water and salt through excessive sweating, especially from vigorous activity and exercise. Here in our typical low humidity desert climate sweat evaporates very quickly, giving a person the false sense that he or she hasn’t lost much sweat.

Heat stroke, which is one of the most serious of the heat-related conditions, happens when the body suffers from long, extreme exposure to heat and loses its ability to cool itself. Physically the body responds by shutting down, slowing movements, losing balance and often collapsing. The brain becomes impaired and thinking is blurred and impaired.

Doctors who treat sun stroke and heat-related illnesses note that, when recognized in the early stages, less severe conditions, such as mild heat exhaustion, can be treated at home. The first thing is to stop the outdoor activity, get out of the heat and then rest. Get into a cooler environment like shade or an air-conditioned space, and elevate your feet while removing as much clothing as practical. Immediately drink water or rehydration drinks to replace fluids.

For persons with greater heat illness symptoms webmd.com urges companions to get the person out of the sun and heat, and to help remove as much clothing as possible thereby exposing the affected skin surface to cooler air.  First aid involves cooling the person’s entire body by sponging of spraying cool water and fanning the air around them to lower body temperature. If the symptoms are beyond the simple home treatments the individual needs to go to the ER.

But make no mistake, prevention is the sure way to avoid problems with exposure to unusually high temperatures.

Even though beer is liquid it does not qualify as valid preventive hydration. Drink water, while replacing electrolytes with legitimate sports drinks. Sports physicians tell us to drink at least a quart every hour when the temp is over 70 degrees. To be assured of cool, clean, plentiful water when you want it, bring along a full gallon in an insulated water jug. Excess alcohol consumption on the golf course on really hot days will only increase one’s risk of heat prostration. Remember, don’t drink and drive – don’t even putt!