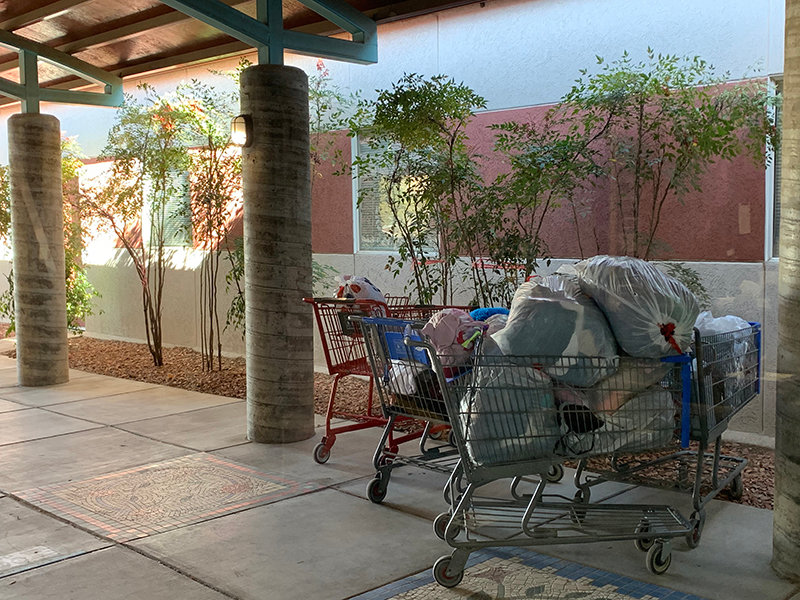 Donations of clothing, toys and more are made in the breezeway at La Casa Inc.
Bulletin Photos by Elva K. Österreich 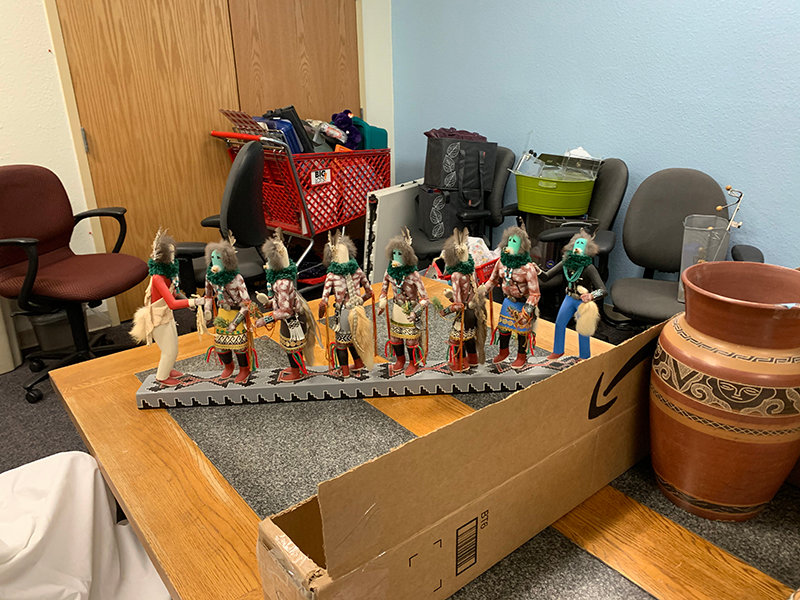 When Henry Brutus, executive director for La Casa Inc., saw the position advertised two and a half years ago, he said he really didn’t know much about domestic violence.

But upon jumping in with both feet, Brutus took a good look at the 40-year-old organization, learned a lot about domestic violence and started thinking about changes. Coming from a healthcare administration position, he was able to see some direction for positive changes at La Casa.

Brutus said it’s a calling for those who work there.

Founded in 1981, La Casa is the largest domestic violence agency and has the most comprehensive emergency shelter and youth program in the state, Cisneros said. It provides transitional housing, legal and immigration advocate services and a batterer’s intervention program for abusers.

“We are all about breaking the cycle,” she said.

In addition to providing shelter, La Casa offers a non-residential program, events and outreach, and has an office in Anthony that can do everything except for emergency shelter, Cisneros said. Clients don’t have to be in the shelter to take part in the programs, which include support groups, parenting classes and one-on-one time with case managers.

With the pandemic, Brutus said, the need has increased.

“The fear of the unknown is adding to domestic violence and probably child abuse,” he said.

While the pandemic has been challenging, Brutus said La Casa has not stopped any services throughout the year.

“We are still here 24-7,” he said. “If anything, we’re providing more services. Before the pandemic, we were at a staff of 30, and now we have 45 and still have vacancies.”

This week, the biggest fundraiser of the year is taking place in the form of the Sharon Wooden Memorial Auction, which is available at www.nmestateauctions.com through Tuesday, April 6.