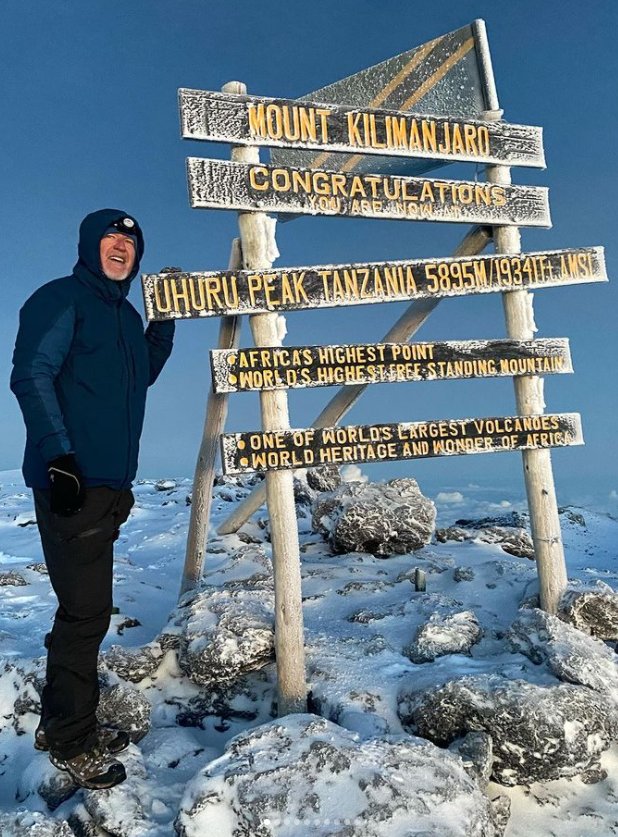 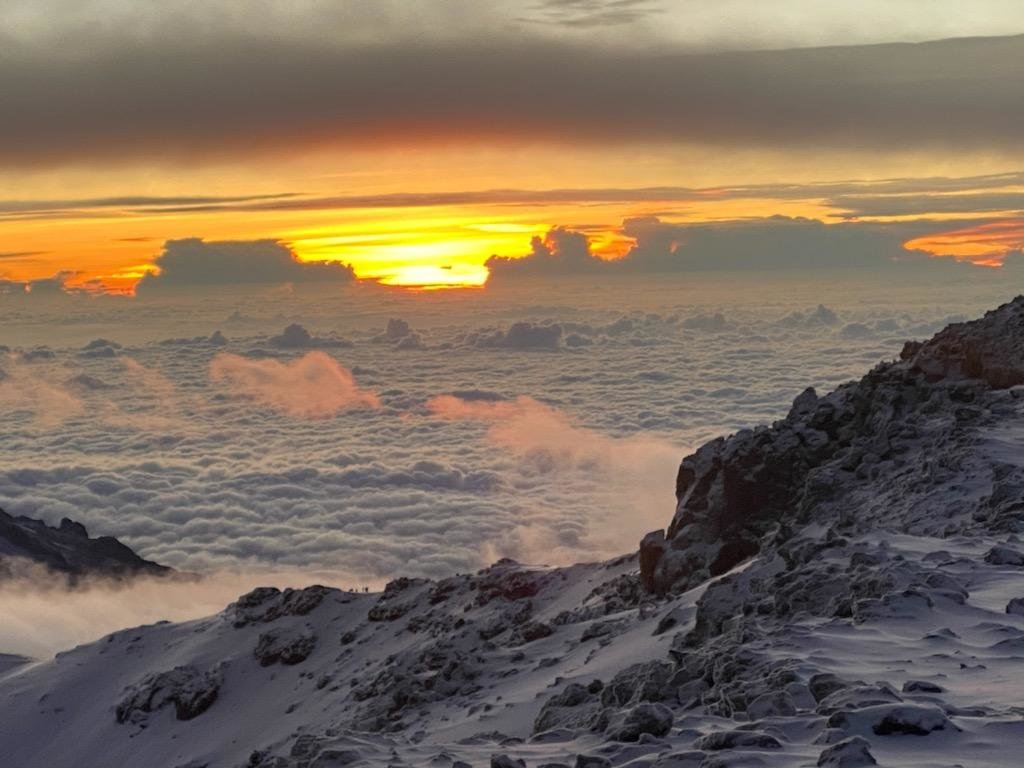 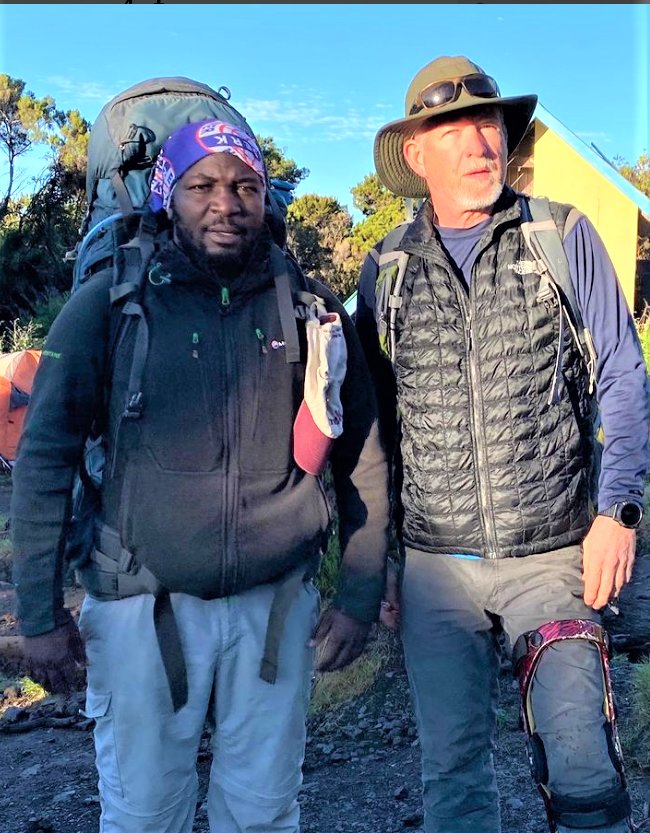 David Hill and his Mount Kilimanjaro guide, Salim, a native Tanzanian who has been a professional mountain-climbing guide for 17 years and has climbed Mount Kilimanjaro about 250 times.
Photo courtesy of David Hill
Previous Next
Posted Tuesday, December 28, 2021 11:21 am
By Mike Cook

“My mind went very calm. I just had a total moment of peace.”

That was Ride On Sports of Las Cruces owner David Hill’s experience a couple of weeks ago as he stood atop Mt. Kilimanjaro, the highest free-standing mountain in the world.

Hill and his guide, Salim, began the final part of their journey at midnight Thursday, Dec. 9, in blizzard conditions with 4 inches of snow on the ground, emerging from the clouds as they summited at sunrise in 5-degree weather.

“It was unbelievable,” Hill said.

It was also a redemption.

The climb was Hill’s second attempt to reach the top of the 19,341-foot stratovolcano. During his first climb, in January 2019, Hill broke his leg at 16,000 feet and had to be piggybacked off the mountain by Salim.

“You walk off this time,” Salim told Hill during the second climb.

Hill suffered a tibial plateau fracture when he planted his leg wrong during their first climb together.

He spent four months on crutches and eight months in rehab before he could start walking and hiking again. It was a year before the 62-year-old could return to trail running. With nine pins in his leg, Hill spent the next two years in training, climbing mountains in New Mexico, Colorado, Texas, Utah and Arizona as he prepared for the conquest of the “Mountain of Greatness,” as Kilimanjaro means in Kiswahili.

“It was perfect training,” he said, because the Needle is steeper than any other mountain he climbed.

Murray was on the 2019 climb with Hill and made it to the top but did not share any of his photos from the summit with Hill at first.

“When I was ready to go, he sent me the picture,” Hill said.

Hill said he has heard from a number of people in person and online who are “in awe” of his determination and triumph.

“I looked in the mirror one day, and I was getting fat,” he said.

He started trail running at age 57. He can run for six hours at a time, but always takes it slow.

“Speed and David are not equal,” Hill said.

“I got out there for solitude,” he said. “I act better when I come home.”

Hill’s love of climbing, hiking, walking, running and biking is part of the reason Hill bought a bicycle business in 1989 and later added outdoor equipment.

At Ride On Sports, 2001 E. Lohman Ave., Hill said he will help others “figure out the right thing to do” and get them the equipment they need.

Post-Kilimanjaro, Hill said he is planning to climb Mount Whitney in California in the spring and do a “rim to rim” run of the Grand Canyon in late May. And he will keep climbing all around Las Cruces.

There are at least “30 quality hikes” from A Mountain to the Organs, the Doña Ana Mountains, the Robledos, Picacho Peak and multiple trails throughout Organ Mountains-Desert Peaks National Monument.

“We live in the best place in the world,” Hill said.