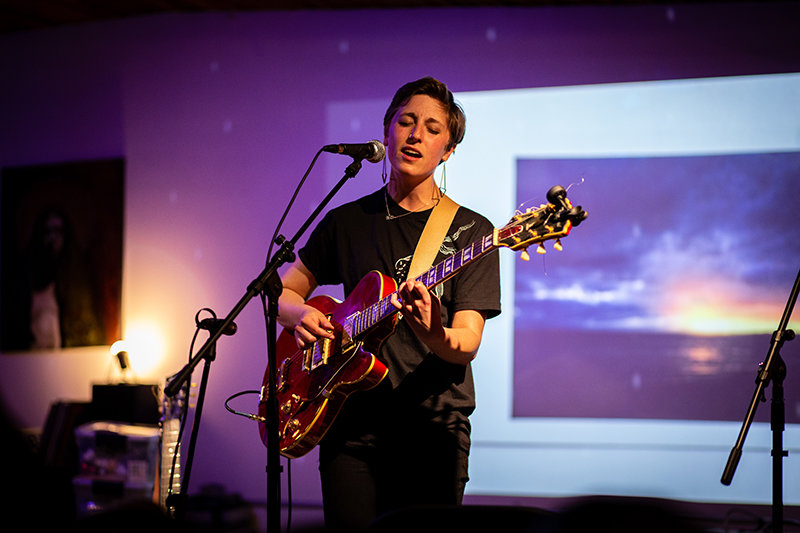 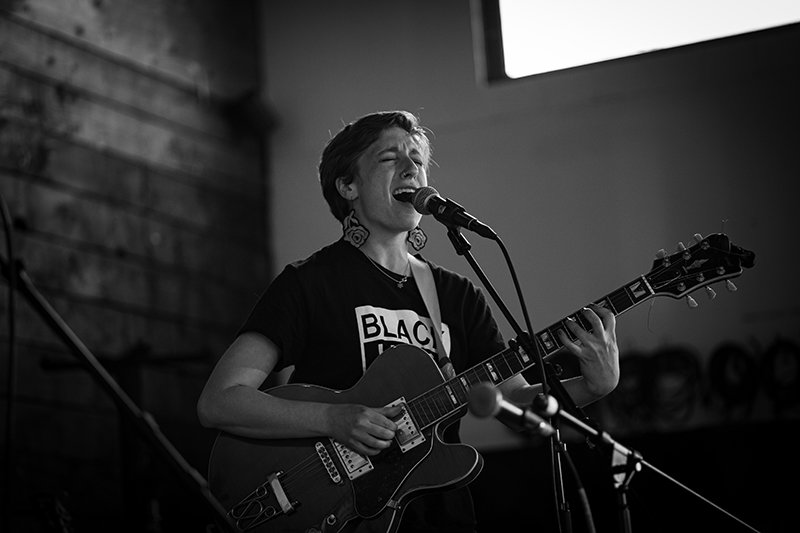 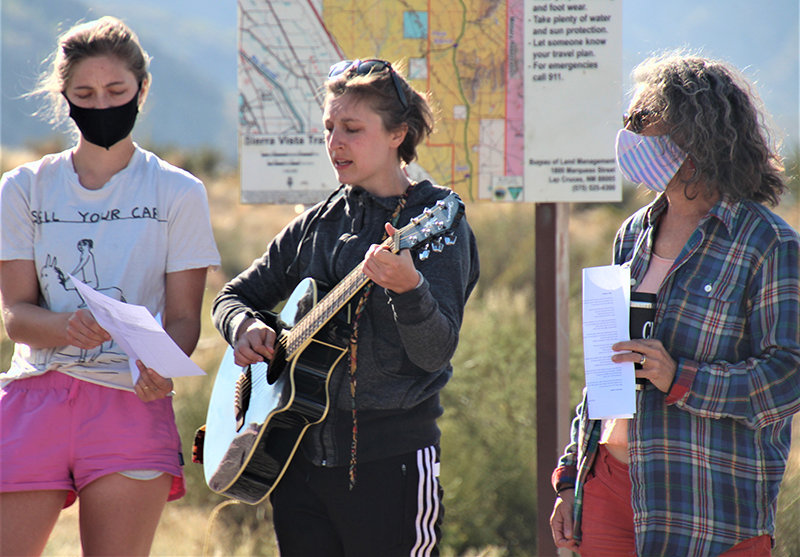 Photo by Luchiana Herman
Previous Next
Posted Thursday, February 11, 2021 11:22 am
Lyrics from songs about Las Cruces

Make deals with God so you'll get better

Your fate lies in the ventilator

Separated by glass and paper

I didn't see your family outside your window, does that mean you are gone?

Did this virus take another one on?

"Where You Continue to Thrive"

The song is “about the landscape in Las Cruces and how this is the place my late dad continues to thrive.”

It is here where you died

Where you continue to thrive

A Las Cruces singer/songwriter is completing a year-long songwriting challenge that has helped her and others navigate the international pandemic as well as her own personal grief and loss.

Bess Hepner began an informal songwriting challenge with a high school friend and several others in February 2020 that Hepner was excited about, “as I was in a bit of a rut with my own music. I really liked some of the songs I was writing and wanted to share them with the world, but making them public felt too vulnerable,” she said. Hence, I created my Patreon as a space where dedicated listeners could hear the songs every week in exchange for donating to bail and bond funds (the Emergency Release Fund supporting LGBTQIA+ folks at Rikers Prison in New York City and the Fair Fight Bond Fund supporting people detained at the Northwest Detention Center).”

The pandemic knocked everyone out of the challenge except Hepner, she said. So she joined another songwriting challenge started by her friend Brittany Allyson and Brittany’s friend, Gigi Rogers, on Instagram, in community with other songwriters.

For this challenge, each week on Instagram video, Brittany and Gigi each pull a word from a jar, which is the inspiration for the next week's song, Hepner said.

“Everyone else posts full videos of their songs, but to keep consistent with what I already started, I only post segments of the songs on my Instagram (@besshepner) while the full recordings appear on Patreon,” she said.

“When I started the challenge, I had no idea a global pandemic was about to hit,” Hepner said. “Many of my songs at the beginning reflect feelings of being stuck at home and the monotony of day-to-day life, especially ‘Home Inside, Home Outside’ and ‘Tension Plum,’” she said.

In April, Hepner moved temporarily from Seattle to Las Cruces to support her father, who had cancer.

“Many of my songs during the summer were deeply political as I saw protests in Seattle and other cities from afar, my favorites being ‘Like a Phoenix’ and ‘Better Moon.’ Besides that, many songs were about facing my inner demons, like ‘Armchair,’ 'Steal Your Hope,’ ‘Bitterroot,’ ‘Soul Soothe,’ ‘Pomegranate Moon,’ ‘I Survived an Era,’ and my identity as a Jewish American woman like ‘Olive Bitch’ and ‘Breadcrumbs.’

“In September, my dad started hospice and a week later he passed away,” Hepner said. “For most of October, I continued to write one song a week, but I followed my own inspiration. The two-word prompt didn't work for that month of intense grief. My grief songs are by far my favorite songs I've ever written, from ‘Ocean Floor,’ written on Sept. 12, and onward.

“In many of them, I sing to my dad,” she said. “My dad died in his bed while my mom and I stood next to him, and this moment deeply impacted many of my songs. ‘Your Side of the Bed’ and ‘You Are Loved’ directly address this moment. ‘Your Side of the Bed,’ ‘Teach Me How to Hold You Now,’ ‘Sapling,’ ‘Hospital Windows’ (about Las Cruces families outside Memorial Medical Center) and ‘Where You Continue to Thrive’ are some of my favorite of the grief songs.”

“This challenge has been the most important action I have taken this year” Hepner said, as she completes the challenge in February. “It's kept me in community with others. It's helped me process an intense year. The best part has been feedback from friends and followers that said my songs helped them move through this year and process their own grief. Moving forward, I'm hoping to start recording these songs and make an album (or two?).