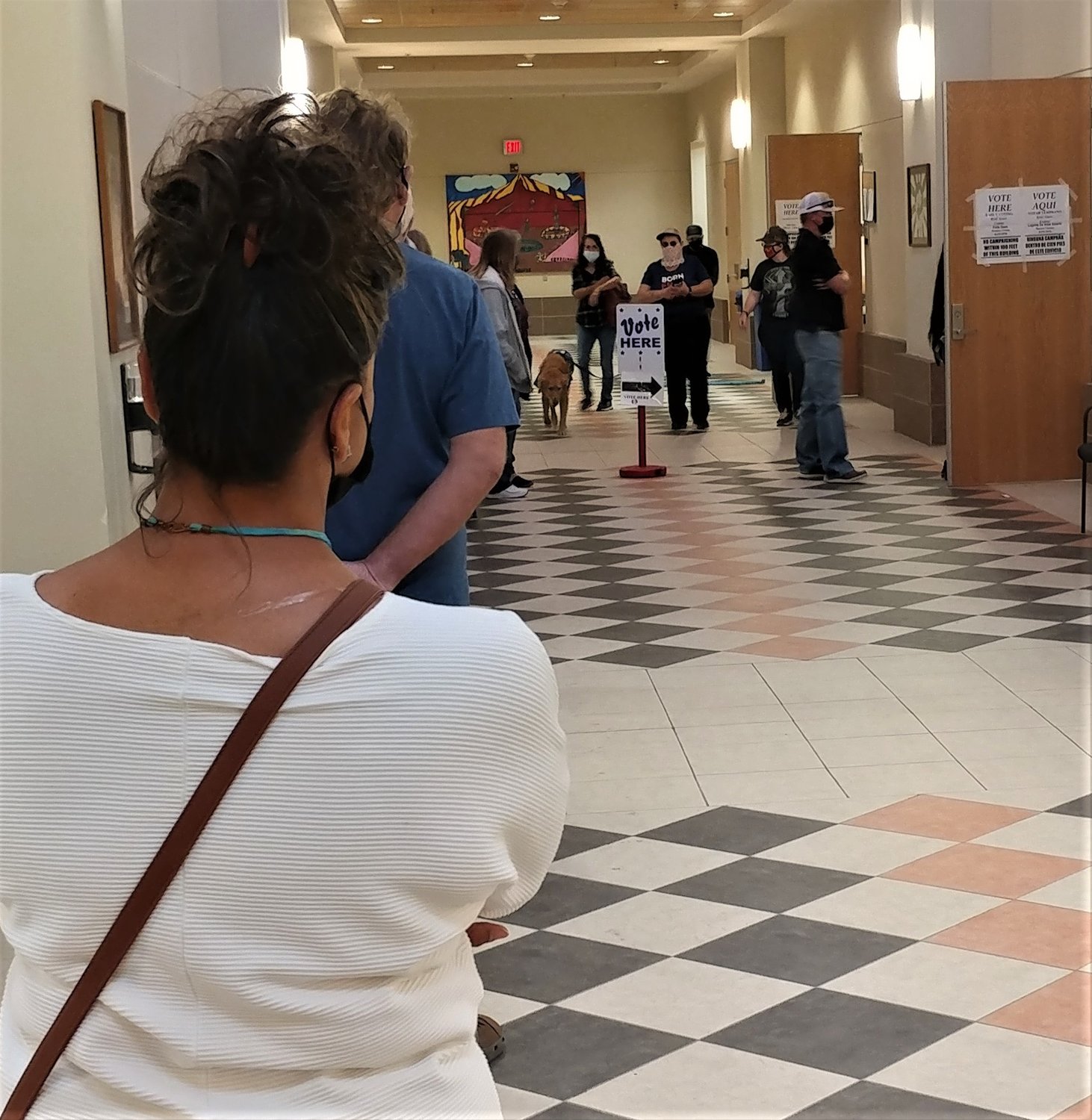 Voters lined up at the County Government Center on Motel Boulevard to vote in the Nov. 2 election.
Bulletin photo by Mike Cook

It appears the City of Las Cruces will have an all-female city council for the first time since the city’s first election 1907.

Unofficial returns show that 11.2 percent, or 14,434 of Doña Ana County’s approximately 128,000 eligible voters, cast ballots in the election, the county clerk’s office said in a news release. That compares to a 16 percent turnout in 2019.

“I'm so honored by the outcome of the election and will be spending the next two months preparing so I can hit the ground running for my district in January,” Graham said Wednesday morning, Nov. 3. “I'm committed to continuing conversations with people in District 3 – I am here because of them, and for them.”

“Thanks to the support of an extraordinary team, I'll be lucky to join the city council in January,” Corran said. “I look forward to collaborating with a brilliant slate of history-making women, committed to representing Las Cruces with compassion and long-term vision. I will communicate inclusively, working to elevate historically marginalized groups in city priority-setting. My hope will be to build a Las Cruces that focuses on the well-being of our people, environment and companion animals by investing in economic innovation and development, green spaces, and animal care.”

Doña Ana Soil and Water Conservation District Board of Supervisors

The county clerk’s office said it would begin a canvass of the votes Nov. 3 and present a final report to the county commission Nov. 12.

Find unofficial returns for all 2021 New Mexico races at www.sos.state.nm.us/voting-and-elections/election-results. The Secretary of State’s office said the statewide turnout was 19.34 percent, with 242,838 of the state’s 1,255,465 eligible voters casting ballots.