LAS CRUCES OUT OF THE DARKNESS WALK TO PREVENT SUICIDE

500 or more walkers are anticipated for this year's walk 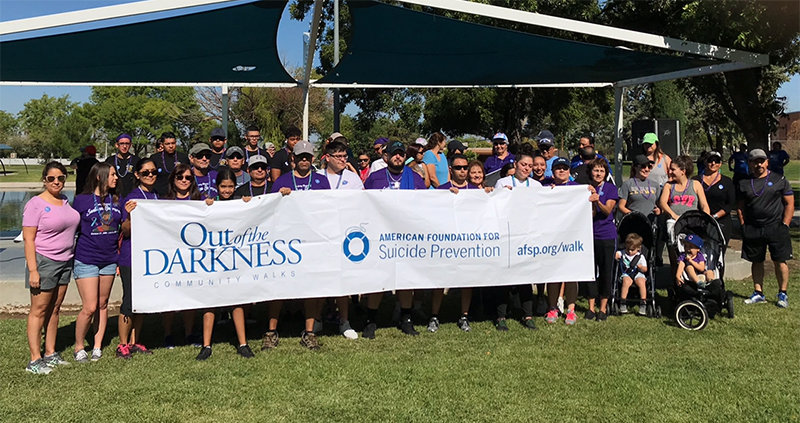 Photos are of previous American Foundation for Suicide Prevention Las Cruces Out of Darkness Walks.
Photos courtesy of Robyn Rehbein 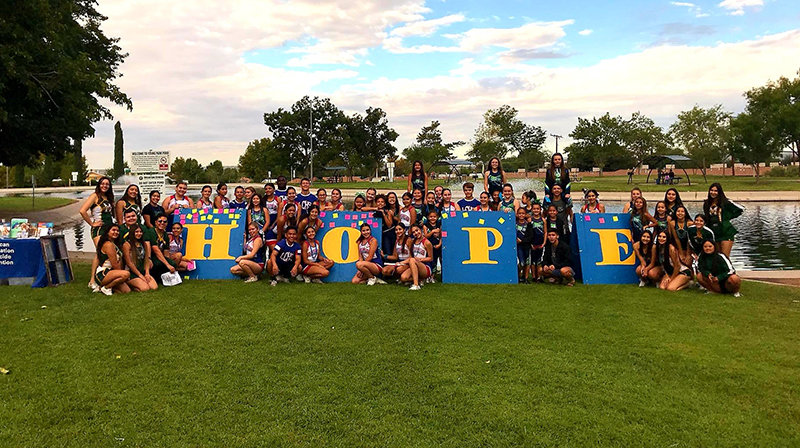 Photos are of previous American Foundation for Suicide Prevention Las Cruces Out of Darkness Walks.
Photos courtesy of Robyn Rehbein

The event is hosted by the American Foundation for Suicide Prevention (AFSP) New Mexico Chapter and supports the AFSP’s programs and its goal of reducing the annual rate of suicide in the United States by 20 percent by the year 2025.

“We hope for over 500 walkers this year,” said Las Cruces Out of the Darkness Walk Chair Robyn Rehbein.

In 2021, with limitations because of COVID-19, the Las Cruces walk was a “drive-thru” event, as

people picked up goodie bags and beads, Rehbein said, with different-colored beads given out “to represent losses and struggles with suicide.” There were 202 participants and $10,115 was raised.

“Suicide touches one in five American families,” Rehbein said. “We hope that by walking we will draw attention to this issue and keep other families from experiencing a suicide loss. Our ultimate goal is to save lives and bring hope to those affected by suicide.”

The Las Cruces Out of the Darkness Walk is one of more than 550 overnight, community and campus walks being held nationwide this year, AFSP said in a news release. The walks are expected to unite more than 300,000 walkers and raise millions of dollars for suicide prevention.

Anyone experiencing suicide ideation or any other mental or behavioral health issue, or who knows someone who is, can call the new three-digit 988 number for help and guidance.