Longtime Las Cruces resident wants to give back on city council 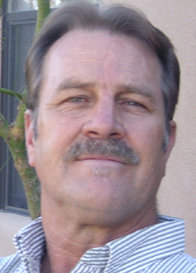 “This city has given me everything and it’s time for me to give back,” said David Telford, who is making his first bid for elective office in his campaign for Las Cruces City Council District 5.

Telford is one of four candidates in the District 5 race, which means it will be decided by ranked choice voting. Incumbent Gill Sorg is not running for re-election to the council.

Telford is a native of Fabens, Texas who grew up in northern Chihuahua, Mexico, where his family were cattle ranchers. He attended school in Colonia Juarez and served four years in the U.S. Army, including service as a tank commander.

Telford moved to Las Cruces in 1981 and earned a degree in journalism from New Mexico State University in 1988. He worked in local property management for many years, he said, and retired in 2019 after a 30-year career in local radio, including as an account executive, promotions director and sales manager for Bravo Mic Communications, LLC, and as underwriting coordinator for KRWG-TV at NMSU. Telford continues to serve as a media consultant to Bravo Mic and teaches a journalism class, creative strategies and copywriting at NMSU.

“My time there really opened my eyes to the struggle faced by those with mental illness and the stigma attached to it,” Telford said. “We worked with the police department to supply 24-hour, on-call therapists to go out with the officers and help de-escalate situations when there was a possible mental illness element involved in the incident.”

Telford also has volunteered for many community events, including Southern New Mexico March of Dimes, City of Las Cruces Fourth of July celebration and the Whole Enchilada Fiesta, and was a member of the Greater Las Cruces Chamber of Commerce Conquistadors. He also has served for a decade as a youth basketball and soccer coach and has volunteered on local political campaigns.

District 5 is “a beautiful district,” Telford said, and “a work in progress.” The district has walking trails and parks, but more are needed in that district and throughout the city, he said.

Telford said he is a pet lover and lives about a mile from the Animal Services Center of the Mesilla Valley (ASCMV). If elected to city council, Telford said he wants to work with ASCMV staff and volunteers to see that their needs are addressed.

As a councilor, Telford said he wants to work on issues “I have the ability to influence,” instead of focusing on national and international issues that the city council has no authority to act on.

Telford said he is concerned about Las Cruces’ crime rate and wants to work with the police department to increase community policing.

“Defunding the police is crazy,” Telford said. “That’s not going to solve anything.”

City government “has gotten very progressive,” said Telford, who describes himself as a moderate and a centrist with both conservative and liberal views. The city, he said, “needs some new ideas, some new perspectives.”

Telford said he would “bring balance” to the council.

In 30 years of dealing directly with local businesses as an account executive, Telford said, “the nature of my business was listening to their business, hearing their stories and struggles, seeing them as they grew.”

Local businesses, he said, are “the backbone of any community.” Rather than “grinding them down into the ground,” city regulations should help businesses open, grow and flourish, Telford said.

“It’s been my privilege to volunteer for the city for 40 years,” Telford said. “It would be a honor to serve as city councilor for the next four years.”

Telford said he has begun knocking on doors as part of his campaign and is talking to business owners every day and asking them, “What do you care about? What impacts you?