Looking to 2045, council likely to vote on long-term city plan 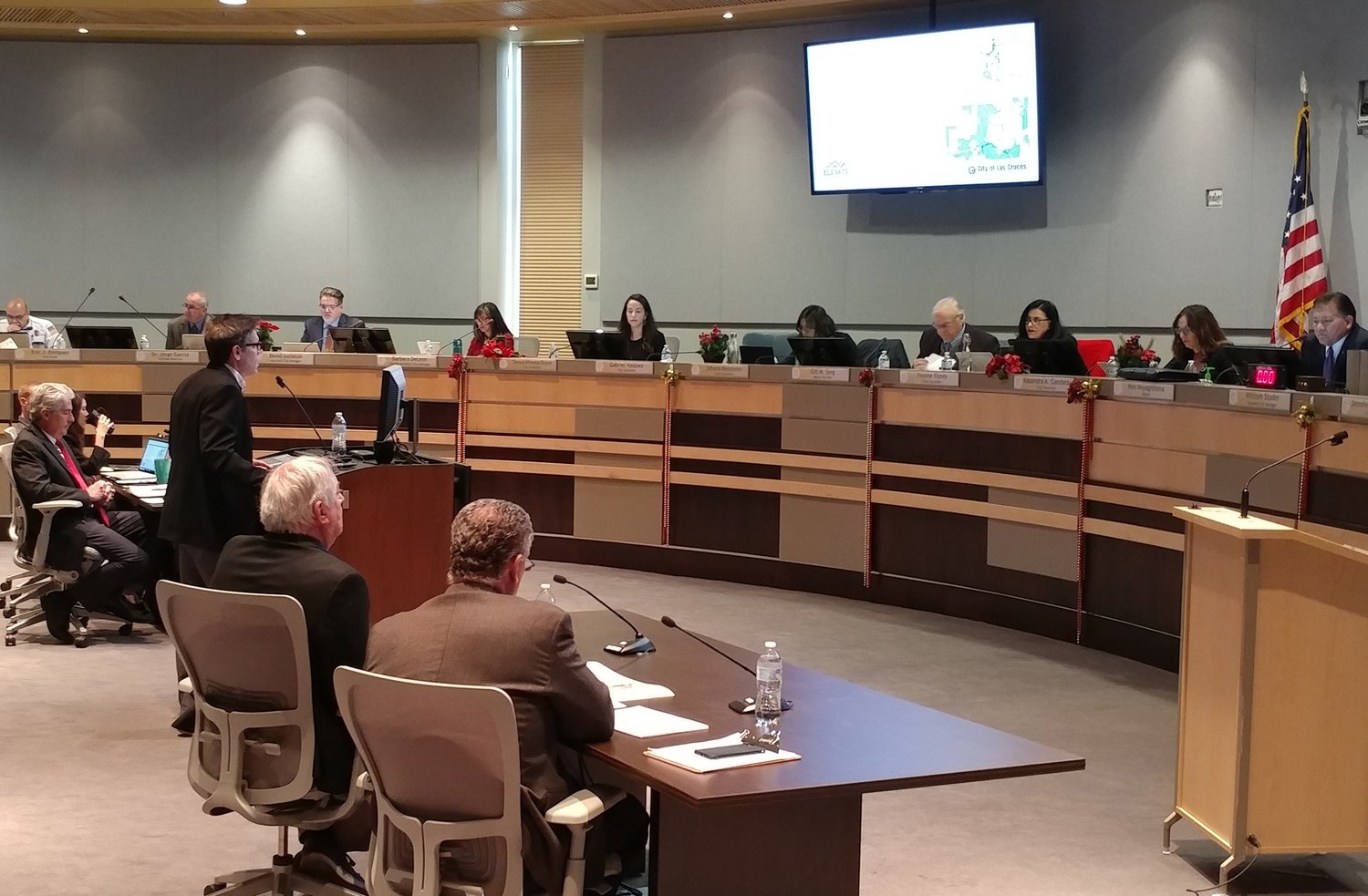 Ever wonder where the City of Las Cruces will be in 25 years?

If you don’t want to wait until 2045 to find out, take a look at the city’s comprehensive plan – called Elevate Las Cruces – which gives a pretty clear picture of where city leaders, planners and people who live here want Las Cruces to be in the next quarter century -- and the path necessary to get there.

The plan, still in draft form, was presented to the city council at a special work session Wednesday, Jan. 8, at city hall. The city’s Planning and Zoning Commission is expected to vote on the plan at its Jan. 28 meeting, and the city council likewise on Feb. 18.

The city’s first comprehensive plan was adopted in 1999 and updated in 2013. Currently, the city manages 106 facilities, including city parks, across an area of 68 square miles.

The draft plan presents four scenarios for city growth and development, said Christian Lentz, principal planner for Halff Associates of Richardson, Texas, which is the city’s planning consultant. Based on an anticipated 1.2 percent annual growth rate, the plan projects the city’s population will climb from about 105,000 in 2020 to more than 141,500 by 2045.

“Land use is at the core of the plan,” Halff Associates Vice President Jim Carrillo said at the work session, adding that revising the plan began in the fall of 2018 and included a significant amount of public engagement: multiple stakeholder advisory committee meetings and community meetings and three community surveys that drew about 2,800 responses.

Lentz said the plan encourages more mixed-use development throughout the city, along with infill and infrastructure investment to guide development and redevelopment.