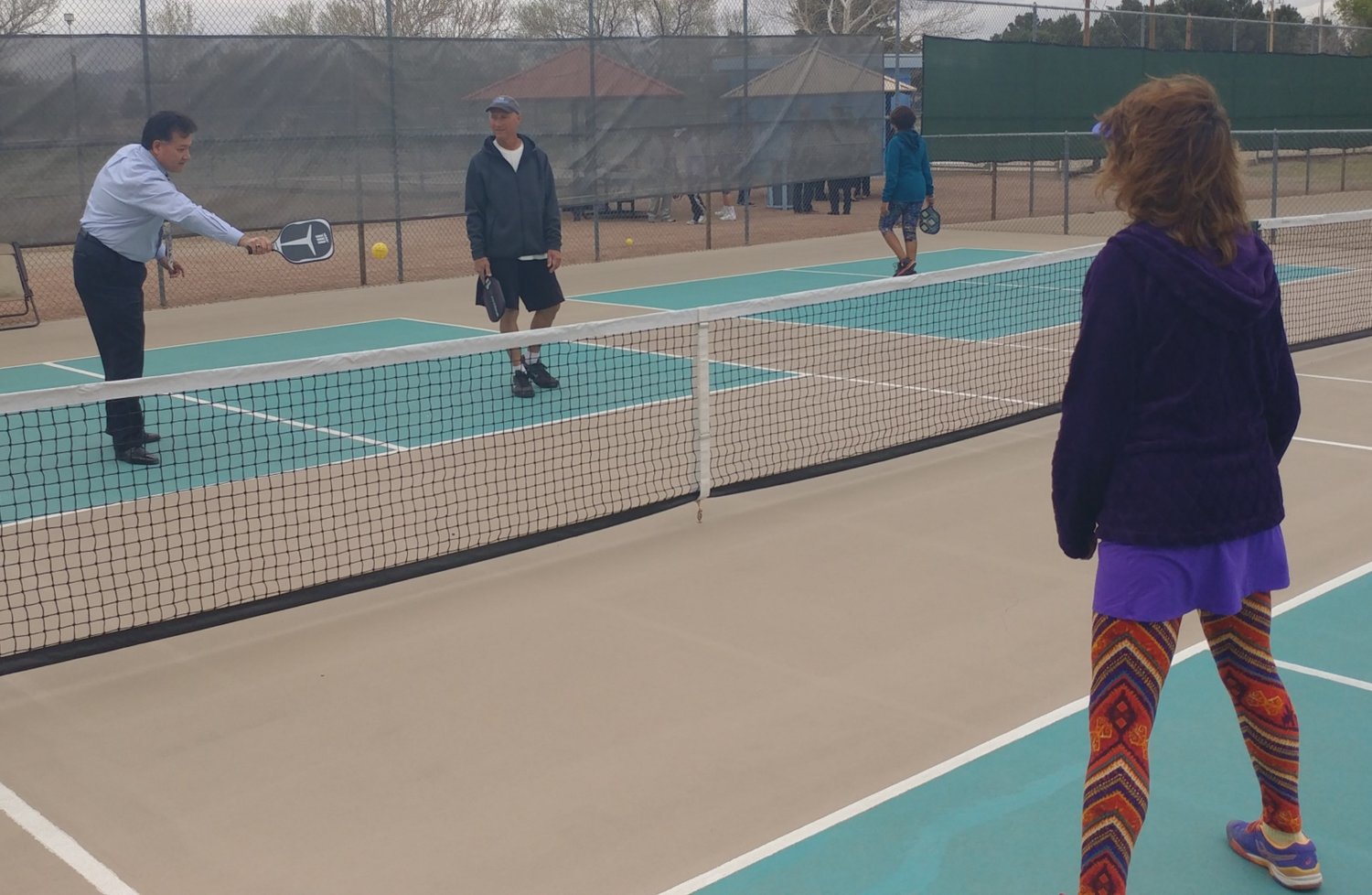 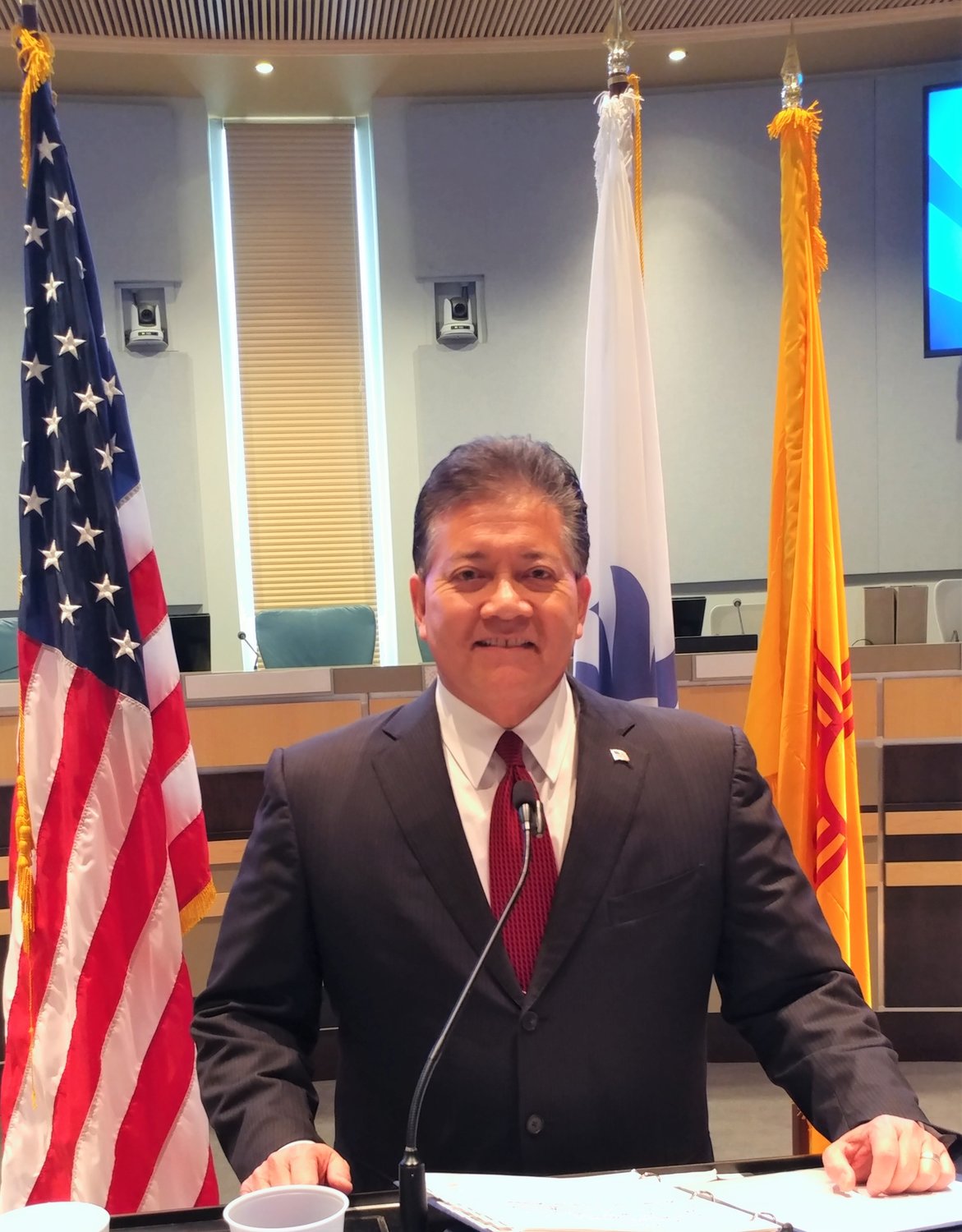 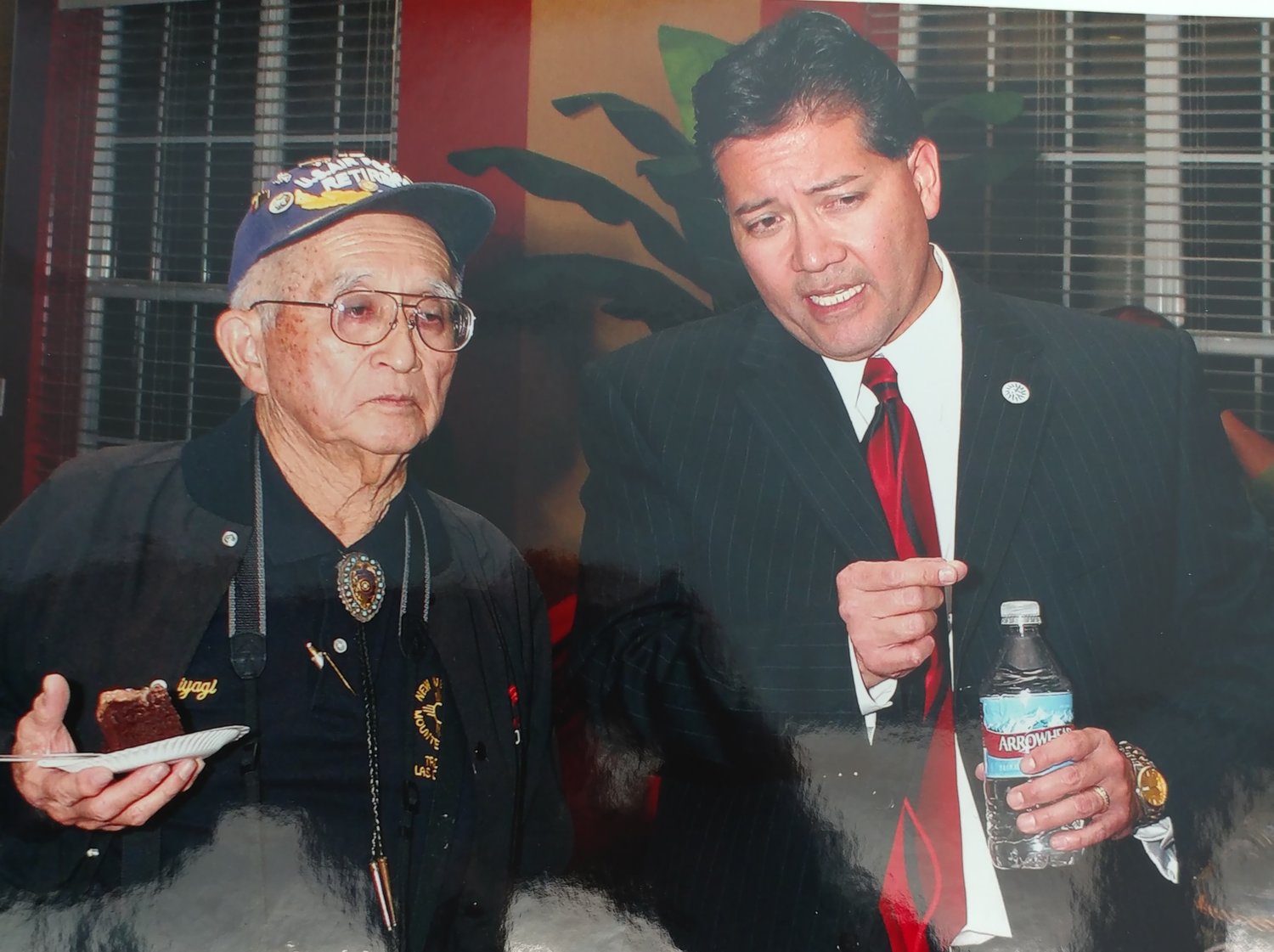 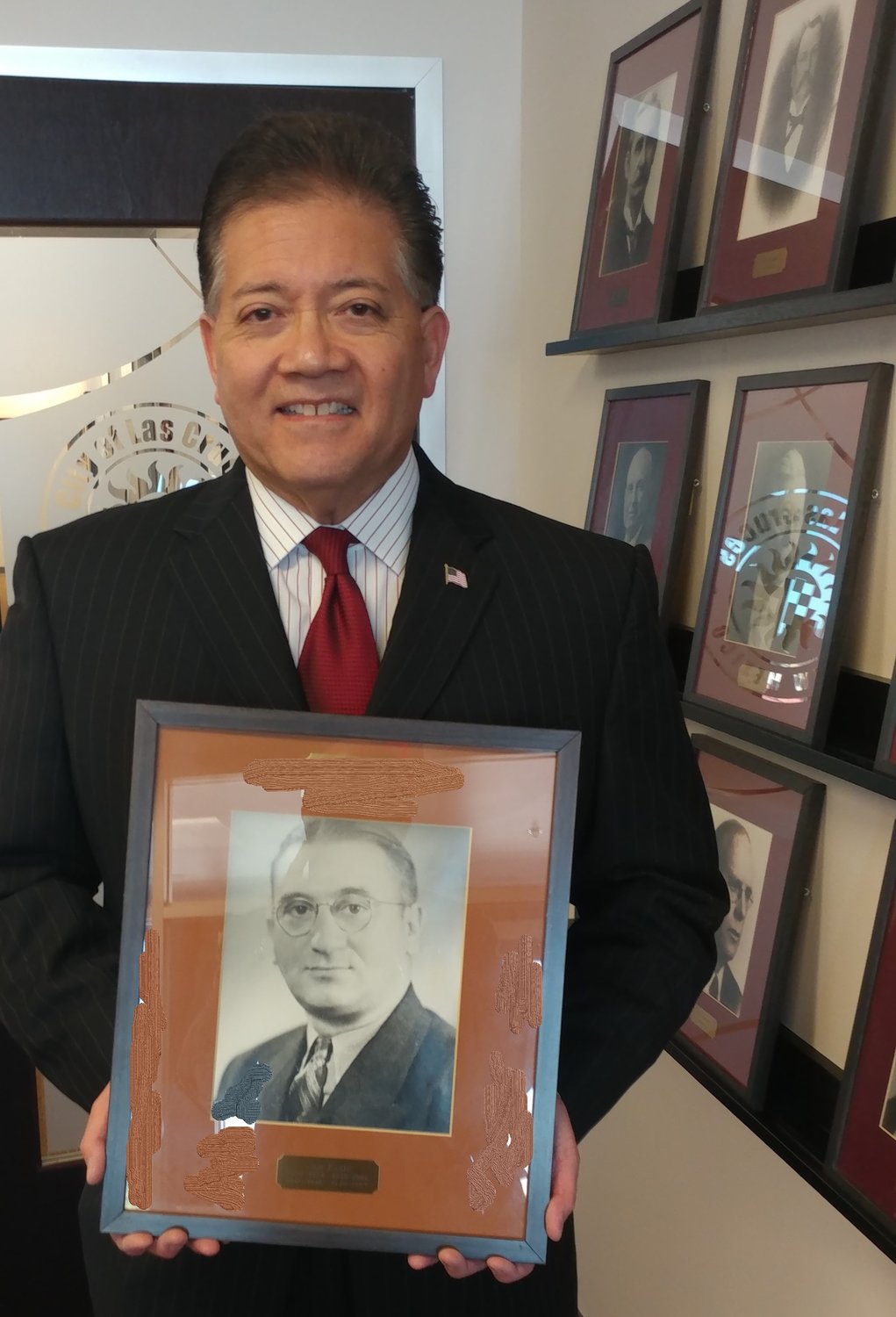 Miyagishima, then a member of the Las Cruces City Council, won the 2007 mayor’s race, defeating incumbent Bill Mattiace by about 80 votes. He was sworn in that Nov. 19, and completes 14 years of service – he’s in the middle of his fourth consecutive four-year term as mayor – this year to surpass Sam Klein, who was mayor four different times between 1932 and 1953.

Martin Lohman, elected in 1907, was the city’s first mayor. Through 1990, mayors were elected by city council members from among the council. Only Miyagishima and predecessors Mattiace and Ruben Smith have been popularly elected. Counting Klein’s nonconsecutive terms as a single mayorship, Miyagishima is the city’s 30th mayor.

Miyagishima, who was born in Mississippi but grew up in Las Cruces, began his political career in 1990, running against incumbent Leonard Lee Rawson for state representative and losing by only about 200 votes.

“My speech was terrible,” said Miyagishima, who was 27 at the time and very nervous.

“’It’s the worst speech I ever heard,’” he remembers his mentor and political adviser, Joe Thergood, telling him. “ ‘If I’d had a tomato, I would have thrown it at you,’” Thergood said.

Miyagishima’s first campaign fundraiser was at China Temple. His goal was to raise $1,000, but he only collected about $500 in contributions, he remembers.

While campaigning in a mobile home park, Miyagishima introduced himself to a resident, who said, “’Miyagishima? What kind of last name is that?’” He shoved Miyagishima’s campaign card back in the candidate’s chest and said he wouldn’t be voting for him.

“I just kept at it,” Miyagishima said. “I knocked on so many doors. I knew that district so well. I knew which streets had dogs.”

After that election, it was Thurgood ???? who advised Miyagishima that he now had political enemies, “people coming after you (who will) try to take you down.”

“That was a huge lesson he gave me,” the mayor said, “not to be so naive.”

But Miyagishima also had political cache for his strong finish, and name ID.

Chope’s question to Miyagishima was, “Why are you wearing a tie? Democrats do not wear ties.”

When Smith ran for mayor in 1991, he asked Miyagishima to be part of his campaign team.

A year later, Miyagishima was elected to the Doña Ana County Commission, winning a three-way June Democratic primary and being elected in November with no Republican opponent.

He served two four-year terms on the commission and then took a year off before being elected to represent city council district six in November 2001. He lost to Mattiace twice for mayor before winning in 2007.

During the 2007 campaign, Miyagishima said he was inspired by a woman who told him in an email, “‘You truly care about the people. You are a fair and just man.’”

That was huge, he said.

Miyagishima was re-elected in 2011, 2015 and 2019. He was tops among 10 mayoral candidates in that last race, as the city used ranked choice voting for the first time.

Miyagishima said it is too early to make a decision about running for a fifth term as mayor in 2023.

Miyagishima said he hopes whoever succeeds him as mayor continues to focus on “customer service, being responsive.” The mayor answers emails from 5 to 7 a.m. seven days a week, he said.

He also has worked closely with Las Cruces Public Schools on the stay-in-school initiative and fitness and nutrition challenge that he has presented to third graders at Las Cruces elementary schools for the past 14 years. He also champions the Mayor’s Top Teens and has been a strong advocate for a city-school district partnership on community schools.

Miyagishima is also proud of the help he has given individual constituents.

He helped a woman get a dealership to honor her warranty and repair her transmission, helped get a young man released from detention by Mexican authorities at the U.S.-Mexico border because of confusion over his name and helped another woman regain custody of her children from her ex-husband in Mexico in a well-publicized story.

“That was like a spy novel,” the mayor said.

Miyagishima said his continuing goals for the city include developing city land across from MountainView Regional Medical Center and the Amador Proximo region of the city west of Downtown. He also would like to see an increase in services for the growing number of homeless people in Las Cruces, the mayor said, including opening a public camping area near Mesilla Valley Community of Hope to provide a safer alternative to sleeping on the street.