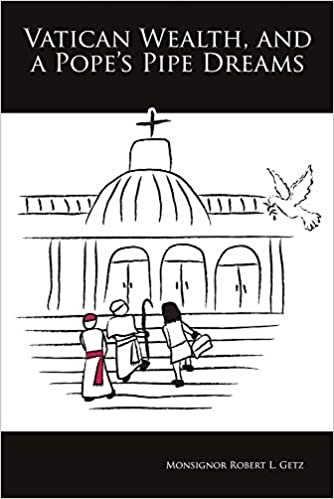 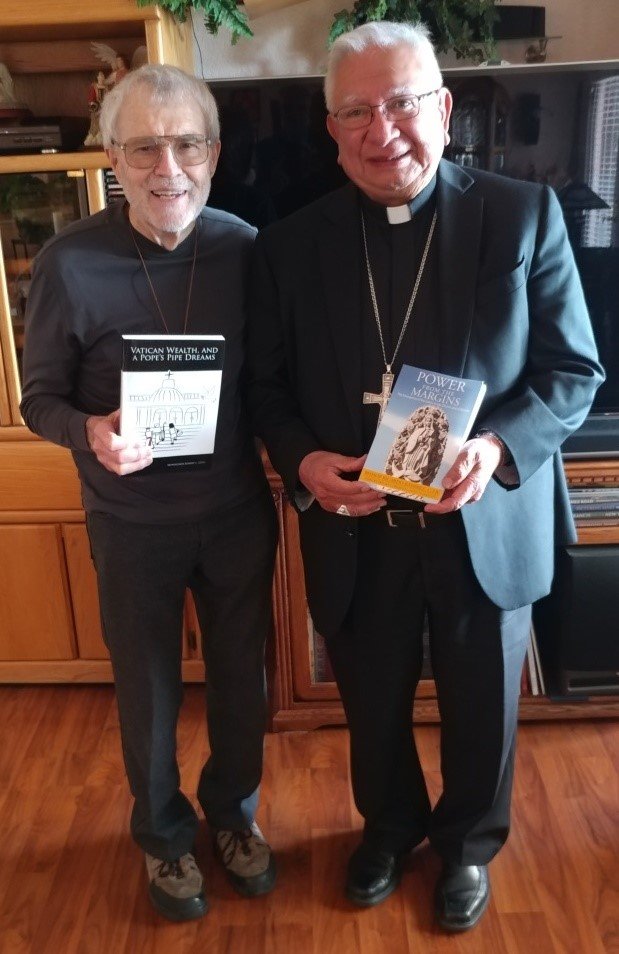 Monsignor Robert Getz, left, with Most Rev. Ricardo Ramirez and the books they wrote, in a 2017 photo.
Bulletin file photo from Mike Cook
Previous Next
Posted Thursday, December 16, 2021 8:59 am
By Mike Cook

A funeral mass will be at 3:30 p.m. on Tuesday, Dec. 21, at the same church, with a reception following at the cathedral’s Finley Hall.

Getz joined a silent order of Trappist monks at the age of 18 at Gethsemani Abbey in Kentucky and stayed with them for three years.

“I was just out of high school,” Getz told the Bulletin in a January 2017 interview. “I just packed up and went to the monastery. All I wanted to do was think about God.”

At Gethsemani, his only possession was as toothbrush, and, like the 200 other monks at the abbey, he slept in the clothes he worked in, which were changed once a week.

“I’m really a monk at heart,” Getz said. “I’m not a collector of anything. I believe in simplicity.”

While at Gethsemani Abbey in Kentucky, he took photographs for Catholic writer and mystic Thomas Merton for Merton’s book, “Sign of Jonus.”

Getz contracted rheumatic fever and sought an assignment in a more welcoming climate, coming to New Mexico in 1955. Getz studied theology at St. Thomas College in Denver and was ordained by Bishop Sidney Metzger in El Paso in 1961.  He did graduate study work at Norte Dame and at Catholic University in Washington, D.C., got a master’s in education and counseling from UTEP and a master’s in spirituality from the University of San Francisco.

Getz served in 14 different parishes, stretching from Denver to Fabens, Texas. He has served in El Paso (where he served as chaplain at the county jail, giving out postage stamps so inmates could write to their families), Silver City, Roswell (where he ministered to cadets at New Mexico Military Institute and became a colonel), Mesilla and Las Cruces. Getz was pastor emeritus at Basilica of San Albino in Mesilla and served as pastor at Good Samaritan Village.

Over the years, Getz hiked his way to the tops of the tallest peaks in Colorado, Arizona, Texas and New Mexico.

Getz’s writing experience included serving as a high school newspaper editor in Philadelphia and working on church newspapers. He completed his first manuscript, a biography, in WordStar in 1980 while serving at St. Francis Newman Center in Silver City.

He began writing a novel called “Vatican Wealth and a Pope’s Pipe Dreams” in the 1990s and published it in 2016. The book tells the story of an imagined pope selling Vatican treasures to raise money for a world peace initiative. Getz also drew the cover art for the book.