Never say die: A mantra from NM State baseball in a tough season 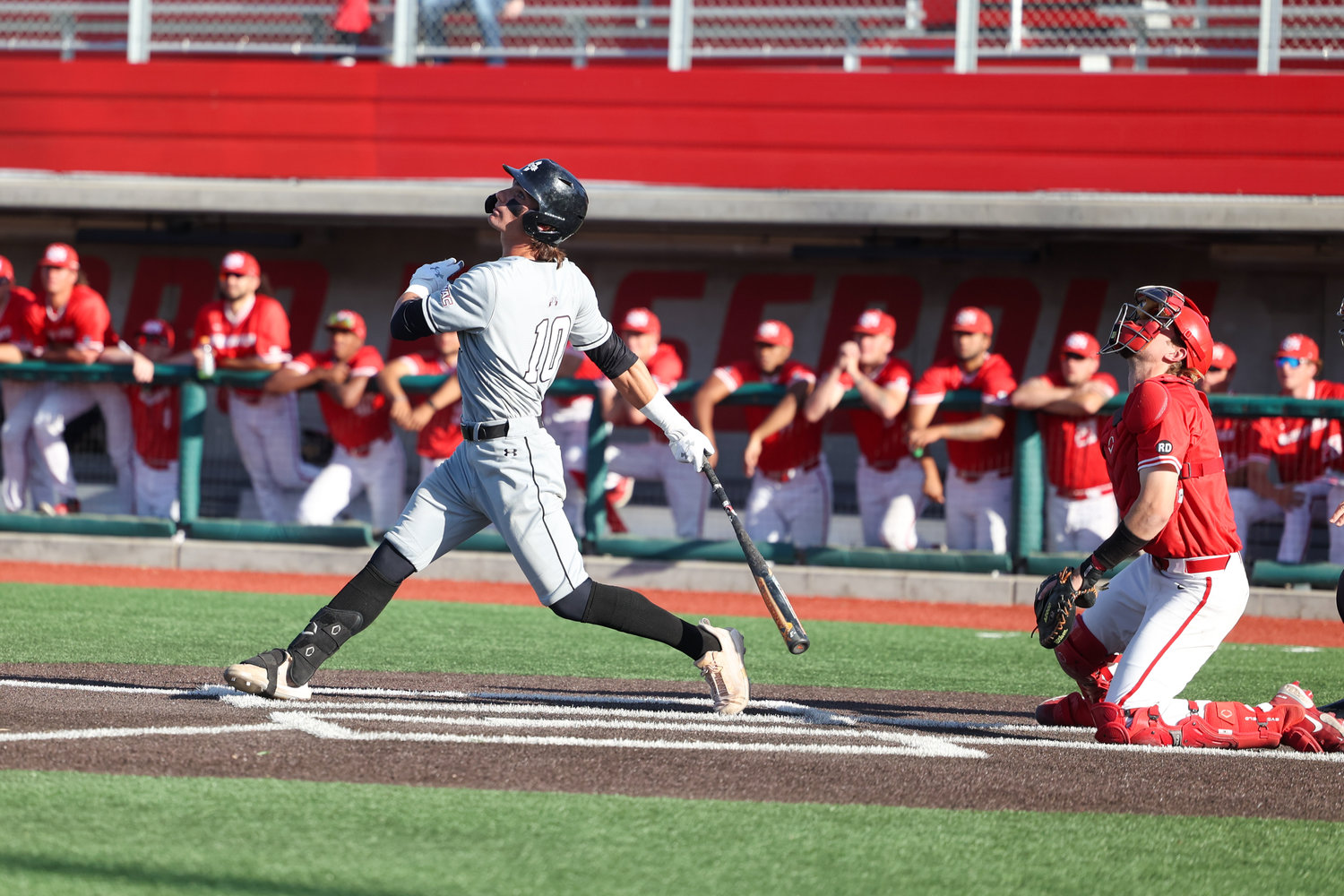 NM State's Logan Gallina has been a big bat for the Aggies this season.
NMSU Athletics
Posted Tuesday, May 17, 2022 8:14 am
By Dave Burge

Never say die, even when things look their worst.

That is the rallying cry for this year’s New Mexico State University baseball team, which has been through an up-and-down, sometimes frustrating season in which it never could seem to find any sustained momentum.

The Aggies are 18-30 overall and 8-19 in the Western Athletic Conference after being swept by Grand Canyon University in their final home series of the year at Presley Askew Field May 13-15.

Sunday, May 15, the Aggies’ ninth inning rally fell short and they lost 5-4. It epitomized their season.

With just four regular season games to play, the goal remains the same – to finish out the season strong, hopefully qualify for the conference tournament and extend their season as long as possible.

“At the end of the year, it is always tough,” NM State coach Mike Kirby said. “These guys have spent a lot of time together – their blood, sweat and tears out on the field, some highs, some lows.

“The goal is to see how long we can keep the uniform on,” Kirby added.

Senior second baseman Kevin Jimenez, from Nogales, Arizona, has played for the Aggies the past four years. This past weekend against GCU was his final home series as a college player.

“It has been my second home,” Jimenez said. “I love all these guys, love the coaches. It has meant a lot to me (to play for the Aggies). I hope we get something going and make the WAC tournament.”

The Aggies finish up their season with a nonconference rivalry game against New Mexico in Albuquerque Tuesday, May 17 and then a three-game road trip to Utah Valley in Orem Thursday-Saturday, May 19-21.

To qualify for the WAC tournament, which will be May 25-28 in Mesa, Arizona, the Aggies will need to win at least two out of three against Utah Valley.