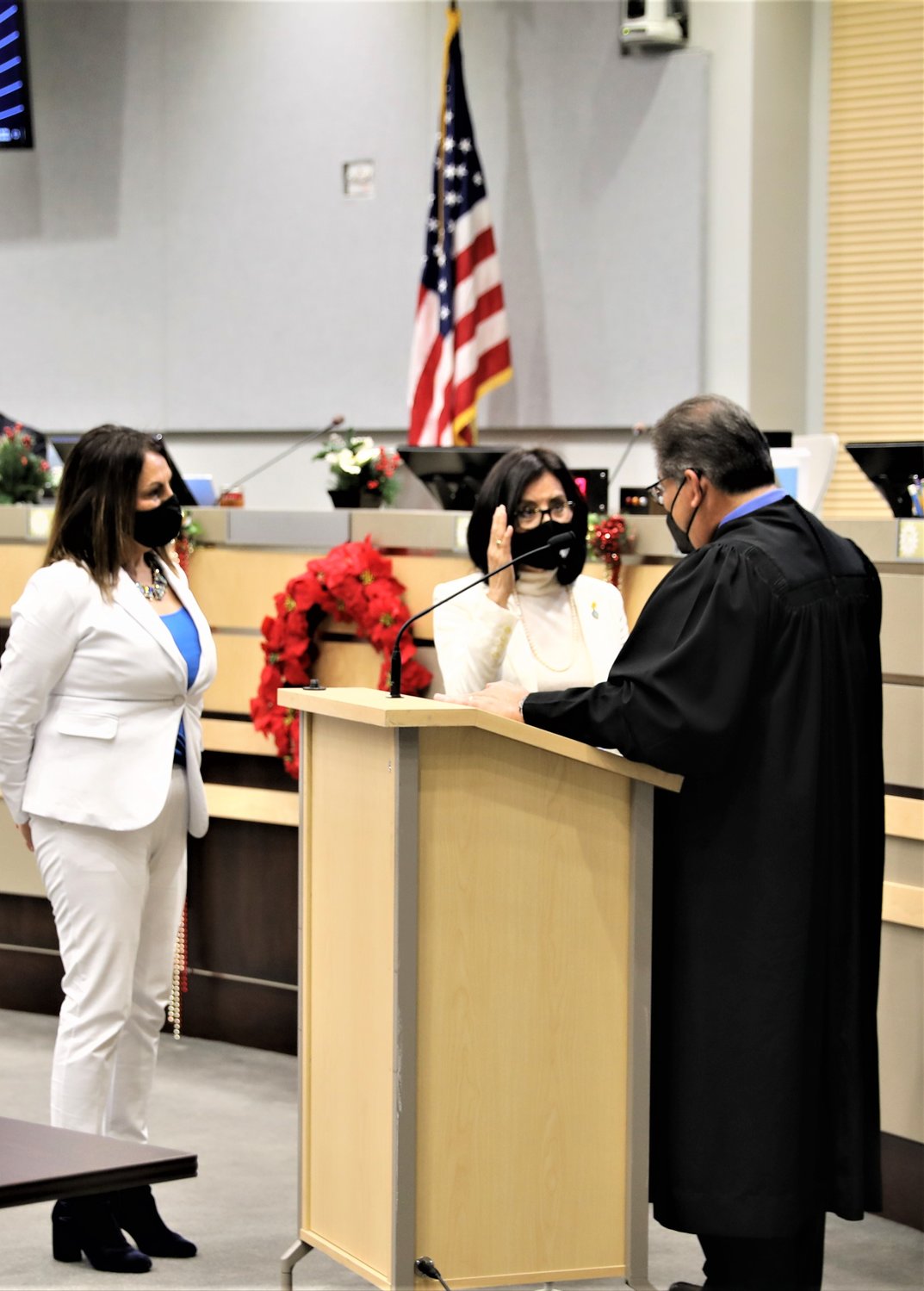 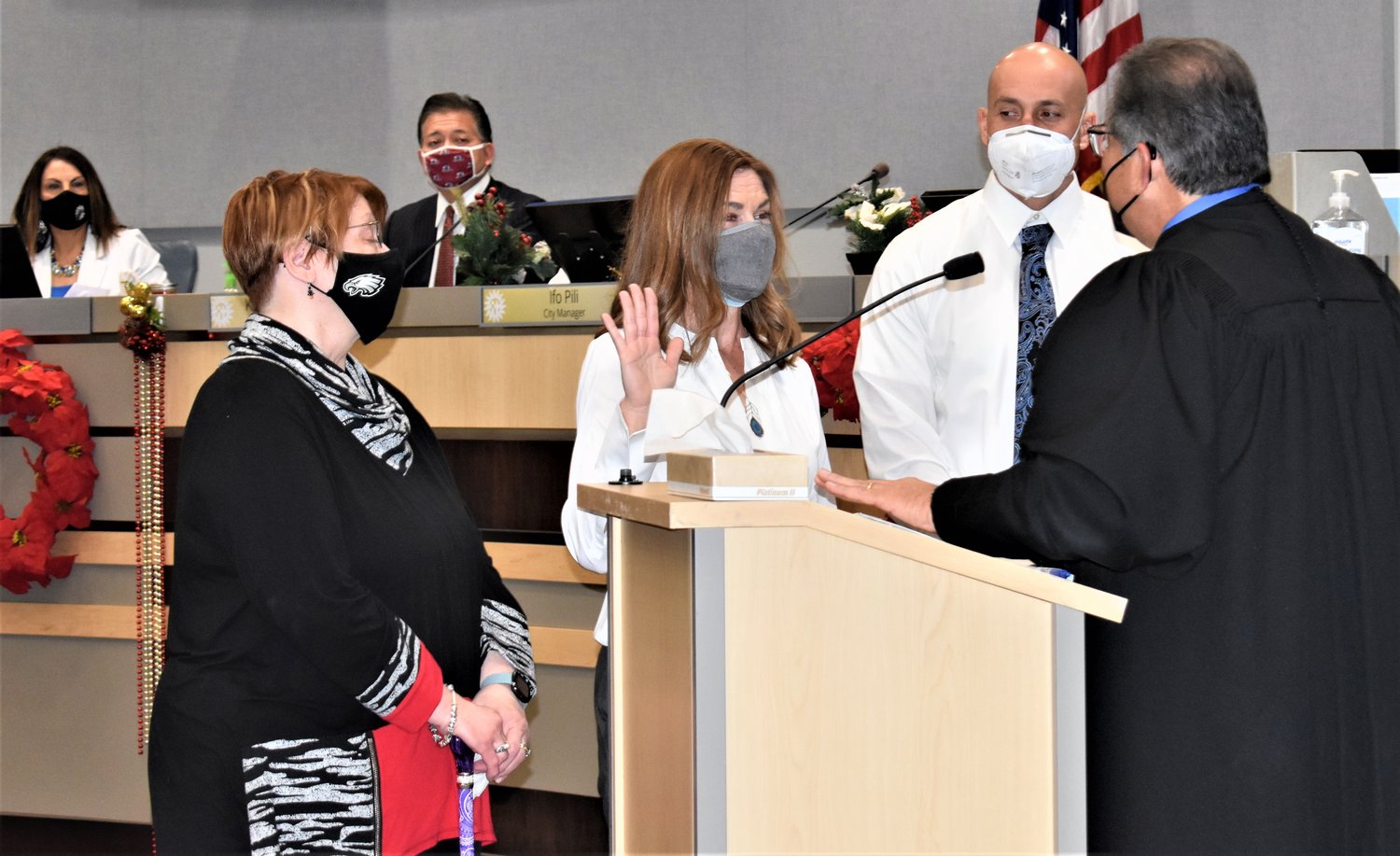 Las Cruces City Councilor-elect Becki Graham was sworn in Dec. 21 by Third Judicial District Judge Conrad Perea for a four-year term that begins Jan. 1, 2022. Graham is shown here with her husband, Mike Graham, and her mother, Julia Roan. Graham will represent city council District 3 on the council, succeeding Gabriel Vasquez, who did not run for a second term.
Photo by Carrie Hamblen 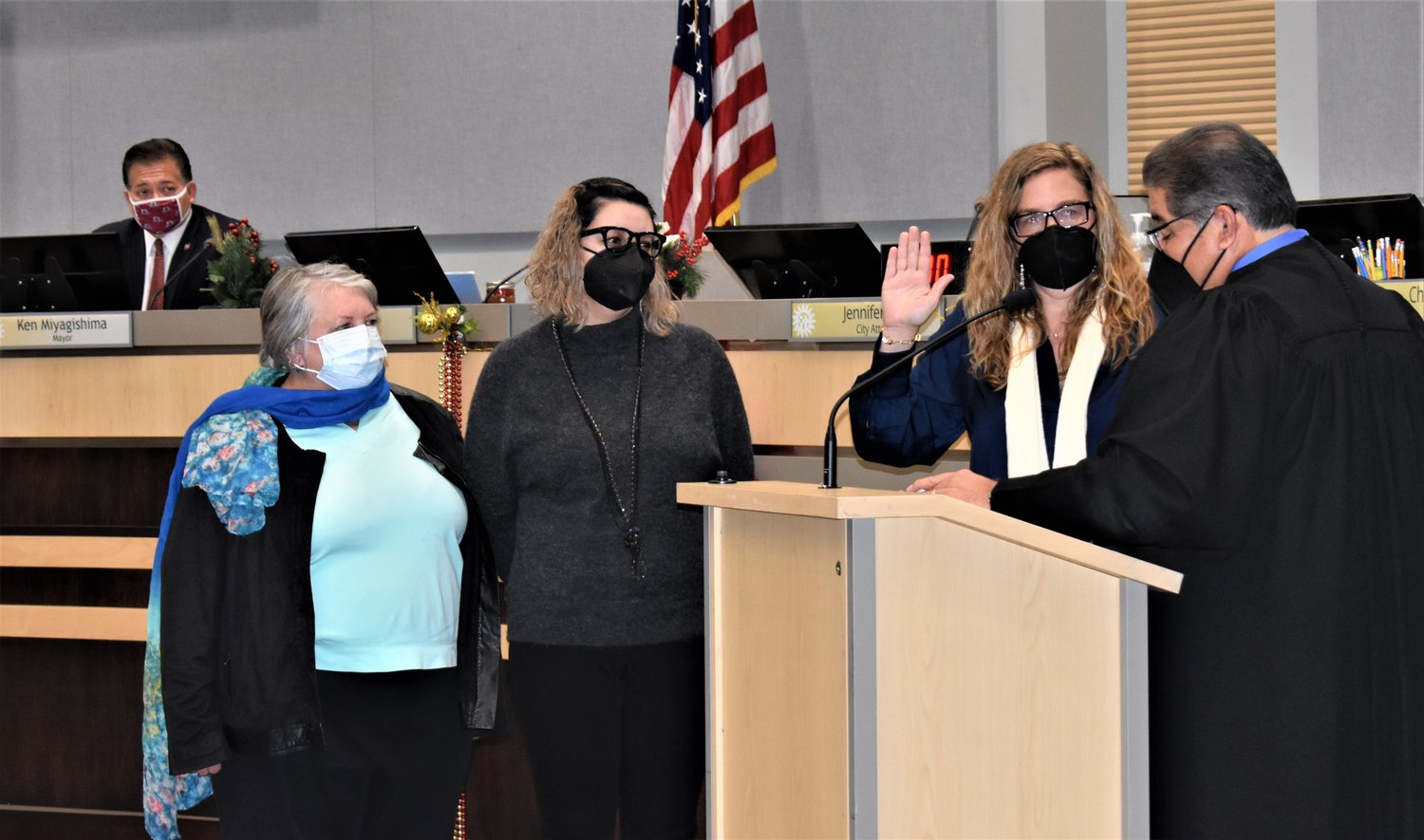 Las Cruces City Councilor-elect Becki Corran was sworn in Dec. 21 by Third Judicial District Judge Conrad Perea for a four-year term that begins Jan. 1, 2022. Corran is shown with guests at the swearing in. She will represent District 5 on the council, succeeding Gill Sorg, who did not run for a fourth term.
Photo by Carrie Hamblen
Previous Next
Posted Tuesday, December 28, 2021 11:38 am

Becki Graham and Becky Corran will begin four-year terms on the Las Cruces City Council Jan. 1. Corran, accompanied by two guests, and Graham, joined by her husband, Mike Graham, and her mother, Julia Roan, were sworn in at Las Cruces City Hall Dec. 21 by Third Judicial District Judge Conrad Perea. Yvonne Flores was sworn in for a second term. They join Mayor Pro Tempore Kassandra Gandara and Councilors Tessa Abeyta-Stuve and Johana Bencomo on what will be Las Cruces’ first-ever all-female city council, serving with Mayor Ken Miyagishima, who became the longest-serving mayor in the city’s history in November. Graham replaces Gabriel Vasquez, who did not seek a second term on the council and is running for Congress. Corran replaces Gill Sorg, who served 12 years on the council and didn’t run for a fourth term. Instead, he was elected in November to the Doña Ana Soil and Water Conservation Board of Supervisors.